Based on the popular book by E. L. James, Fifty Shades of Grey opens in movie theatres on Feb. 13.

The year 2015 is set to brings us a Bond film (Spectre), a Tarantino (The Hateful Eight) and a Star Wars instalment (The Force Awakens). But those biggies are from a month (December) far, far, away. Here’s a list of upcoming attractions coming much sooner to theatres, Utah or iTunes.

With four Golden Globe nominations already in the bag, the Martin Luther King historical drama begins its march to Oscarville, by way of mid-sixties Alabama.

Where Robert Redford will unveil new liver spots and A Walk in the Woods, his Appalachian Trail adventure that he hopes will give Wild a walk for its money.

Lot-of-a erotica! Expect the film adaptation of E. L. James’ kinky novel to be dominant, not submissive, at the box office.

If we could go back in time to 2010, we wouldn’t change a thing about a sci-fi Jacuzzi comedy that now gets its deliciously

Late 2014 saw Chris Rock shoehorning a Cinderella conceit into his comedy Top Five and Anna Kendrick going slipper-less for Into the Woods, but the new year brings a full-blown, live-action retelling of the famous fairy tale, starring Lily James.

There’s nothing artificial about the intelligence of Alex Garland, who after penning sci-fi scripts for other directors – 28 Days Later, Sunshine, Never Let Me Go, and Dredd – now gets to yell “cut” himself.

In this Segway-loving sequel, Kevin James reprises his underdog mall-cop role, this time in Las Vegas to attend a security guard expo. Will Ben Stiller’s museum night-watchman be there? 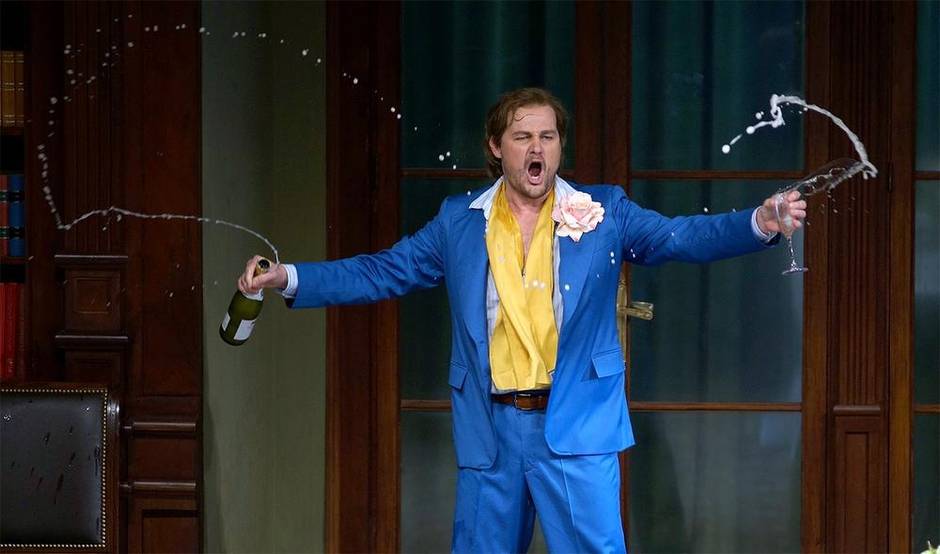 Maybe the best opera in the world, in a new COC production, directed by Russian auteur Dmitri Tcherniakov and starring Russell Braun – what better way could there be to usher in 2015? Canadian Opera Company. Four Seasons Centre

In a pairing made in Canadian musical heaven, Montreal Symphony Orchestra Music Director Kent Nagano joins forces for the first time in Toronto with the Tafelmusik Baroque Orchestra to try out the da-da-da-duh dubstep of Beethoven’s Fifth. Koerner Hall

Atom Egoyan brings his groundbreaking production of the second of Wagner’s Ring cycle back to the COC, with today’s reigning Brunhilde, Christine Goerke, leading the Valkyries on their crazy ride. Canadian Opera Company. Four Seasons Centre

Take one world famous pianist, Emmanuel Ax, add Canada’s favorite duo pianists, Anagnason and Kinton, stir in dozens of other pianists, shake, and you have a four-hour, informal, free, wander around at will, extravaganza of piano concerts, part of the RBC Piano Extravaganza sponsored by the TSO partnered with the Royal Conservatory.

In its thirty-fifth anniversary season, Tapestry Opera continues its long-standing exploration of the new in opera with a collaboration between the naked human voice and the wired, turntabled DJ.

Canadian soprano Barbara Hannigan is a singer famous throughout Europe as one of the leading exponents of the new and exciting in contemporary music, projects like British composer George Benjamin’s acclaimed 2012 opera Written on Skin, which has its Canadian premiere with Hannigan recreating her original role and Benjamin conducting as part of this year’s TSO New Creations Festival. Roy Thomson Hall

Yannick Nezet-Seguin is one of Canada’s most accomplished musical exports, currently the conductor of both the Rotterdam Philharmonic and the Philadelphia Orchestra, making an appearance in Toronto this year with his very first ensemble, with whom he still performs, Montreal’s Orchestre Metropolitaine – home base for this international star. Koerner Hall

Coming off the giddy high of his Midsummer Night’s Dream at Stratford, white-hot director Chris Abraham takes on Chekhov’s much darker comedy with the help of an A-list cast – including Tom McCamus, Yanna McIntosh and Eric Peterson – at Toronto’s Berkeley Street Theatre.

Acclaimed young playwright Hannah Moscovitch (East of Berlin, This Is War) turns her attentions from the battlefield to the bed for this new play about women’s lives in the pre-birth control 1920s, getting its premiere production from Halifax’s 2b Theatre Company at Neptune Theatre.

Up-to-the-minute when it premiered in London in 2004, British playwright David Hare’s canny unpacking of the machinations that led to the 2003 Iraq invasion should gain in perspective when it receives a timely revival at Ottawa’s National Arts Centre.

Hail to thee, blithe spirit, Angela Lansbury is thy name – 89 and still treading the boards as the delightfully scatty Madame Arcati in this touring West End production of Noël Coward’s supernatural comedy, which pays a welcome visit to Toronto’s Princess of Wales Theatre.

At The Cultch in Vancouver, Ruby Slippers Theatre pays homage to the late Linda Griffiths with a new production of her most ambitious play: an irreverent historical comedy about the notorious American divorcée who wooed Edward VIII away from the throne. 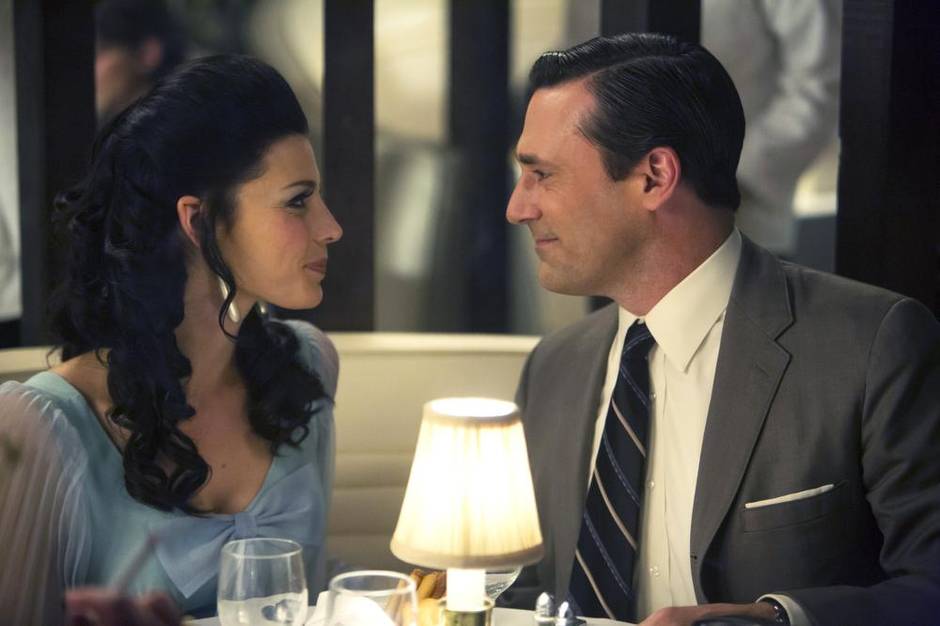 Meet primetime’s tough new dame. Spinning off events depicted in the film Captain America: The First Avenger, it’s a post-Second World War period piece starring Hayley Atwell as the no-nonsense spy-gal working secret missions at the behest of Uncle Sam. And all her friends believe she works at the phone company!

Prodigal comic icons Eugene Levy and Catherine O’Hara finally come back home in this homegrown comedy series. The ex-SCTVers play Johnny and Moira, a wealthy couple who lose all their dough and are forced to move to the dreary burg of Schitt’s Creek (they bought it years before as a quaint joke). All Canadian content should have such a pedigree.

ABC launched the first Asian-American sitcom in 1994, and they’ve finally delivered the second one two decades later. The premise is based on the memoir of real-life celebrity chef Eddie Huang (Hudson Yang) and his eccentric, ripe-for-culture clash family. Based on advance clips, it’s a keeper.

How do you follow an act like Breaking Bad? With a new series framed around the character of slippery solicitor Saul Goodman (Bob Odenkirk) set several years before he began defending meth kingpins. AMC is being secretive with sneak peeks, but we do know that Bad regular Mike Ehrmantraut (Jonathan Banks) also joins the party.

If you loved MacGruber, you’ll probably love this show. Former SNLer Will Forte created and stars in this offbeat comedy about a dim bank employee who somehow survives an apocalyptic event that wipes out almost everyone on the planet. Along for the ride is ex-Mad Men fixture January Jones as the object of Forte’s desire.

Exit the Scot, enter the Englishman. British stage player James Corden assumes the reins from Craig Ferguson on CBS’s post-Letterman time slot and the move has everyone wondering: Can a Tony-award winner (for the comedy One Man, Two Guvnors) captivate an American viewing audience post-midnight five days a week?

Never discount the appeal of a simple idea – or Jimmy Fallon’s clout. The musical-enthusiast host executive produces this show that expands on a recurring feature from The Tonight Show. As per the original, the format has celebrities going head-to-head lip-synching the song of their choice. Nobody wins any prizes, but think of the bragging rights.

It’s not a new show, but speculation abounds as to how Matthew Weiner will wrap up this Emmy-winning drama set in the sixties-era New York advertising world. The hanging questions: Can tormented ad man Don Draper (Jon Hamm) ever find happiness? Will Peggy Olson (Elisabeth Moss) become an advocate for the then-nascent feminist movement? And most importantly, will Roger (John Slattery) finally shave off those sideburns?

Declaredly not an art fair, this hotly anticipated event is a collaboration between Toronto’s Art Metropole and Warsaw’s Raster Gallery and brings together local and international galleries in the Great Hall at Union Station to “create encounters” between the public and contemporary art.

Burn with Desire: Photography and Glamour and Anti-Glamour: Portraits of Women (Jan. 21-April 5)

The word “glamour” historically referred to a spell cast on the eyes – and these two photo exhibitions, featuring work by Edward Steichen, Andy Warhol, Rebecca Belmore and others, tease out the implications of this, both objectifying and empowering. Ryerson Image Centre, Toronto

Works by Marie Watt, Dominique Rey, Raphaelle de Groot and many others comprise what promises to be an expansive, ambitious show “about women taking up space.” Dunlop Art Gallery (Central Gallery), Regina

The artist who once made a carpet out of two tons of sugar presents “La nuit politique,” a haunting exhibition of videos, photos and simulated models that explores the socio-economic aspects of architecture and signs in New York, Los Angeles and Montreal. Galerie de l’UQAM, Montreal

From the Forest to the Sea: Emily Carr in British Columbia (April 11-July 12)

The specific relationship between beloved British Columbia painter Emily Carr and the indigenous cultures of the Pacific Northwest Coast gets a long-overdue airing in this exhibition, a collaboration between the AGO and London’s Dulwich Picture Gallery. Art Gallery of Ontario, Toronto

The Saskatoon-based artist-run centre Tribe has been at the forefront of contemporary Aboriginal art for 20 years, a milestone celebrated by this exhibition at the Mendel – and, in May, by associated programming at other local artist-run centres, Paved and aka. Mendel Art Gallery, Saskatoon 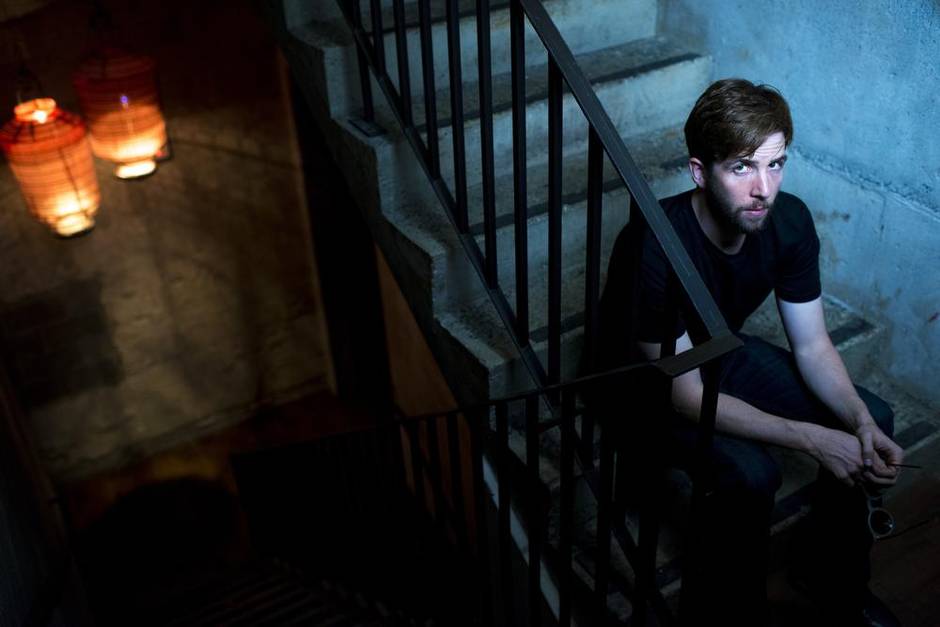 Owen Pallett is doing a cross-Canada tour from Jan. 21 to Feb. 8. (Jimmy Jeong for The Globe and Mail)

Riot grrrl heroines Sleater-Kinney kick up a ruckus with their first album in 10 years, No Cities to Love, on Jan. 20 via Sub Pop, and with concerts in Toronto (Mar. 2) and Vancouver (May 6) – swoon!

Bob Dylan’s voice is a, er, unique instrument, but we’re still mostly curious – ok, a little bit afraid, too – to see how he tackles covers of Frank Sinatra’s catalogue on Shadows in the Night, due Feb. 3 on Columbia/Sony.

Fresh from dominating year-end lists like NPR’s listener poll with her self-titled weirdo-dance-pop disc, St. Vincent (Annie Clark – no relation to Bill Murray, we think) plays her only scheduled Canadian shows in 2015 in Toronto on Mar. 3-4.

Arcade Fire’s Will Butler – not to be confused with his brother Win – drops a rootsy and raucous solo album, Policy, on Merge Records on Mar. 10, and will bring it to Montreal and Toronto later in the month.

You may not know super-dance-pop producer Giorgio Moroder but you know his ‘80s hits with Donna Summer, David Bowie and more recently, Daft Punk; now you can get to know his first solo album in 30 years (on RCA/Sony – no title or release date yet), featuring Britney Spears, Charli XCX and more.

The rumour mill is already grinding out grains of speculation about this year’s Coachella Festival in Indio, Calif., and names being bandied about include Jack White, Beyoncé, Foo Fighters and AC/DC – and that Drake character, who seems like a good bet given that his new album Views From the 6 is due in 2015.