British novelist Graham Swift has a new book, called Wish You Were Here, about the return of a dead soldier to Britain from Iraq in 2006. Its setting raises the topical - and for some reason very Canadian - question of what defines a contemporary or a historical novel. In publicizing the new book, Swift wrote a provocative essay for The Guardian in which he asserts there is no such thing as a contemporary novel.

His argument is simple and undeniable: As soon as something's written and published it is about the past. Novels take years to write, so "… the 'now' with which they begin will be defunct by the time they're finished." And the hippest of new novels will look very dated in a couple of years. He points out that many of our favourite novels from the 19th century are actually not about their own time but are set many years previous to their writing: War and Peace, for example, was written in the 1860s but set during the Napoleonic wars, about 50 years earlier. The lag seems immaterial to us now.

Swift says that the only really contemporary descriptions are those that come from journalistic reporting, not from fiction. That's fine: Novels shouldn't be just reports. And novels, whether literally of the present or not, can have their own kind of "now-ness" - it's called immediacy, and we can feel it when reading Graham Swift or Homer.

All true. As I've found when emotionally confronting the so-called historical novel, it's impossible to define. But pornography is similarly difficult to define and yet the word does impart a clear image of a very specific and well-known kind of lighting and activity and even precisely demarcated placement on the convenience-store shelf. Convenience-store owners have no problem defining it. Similarly, when I think "historical novel," I picture something that's about to teach me a sad lesson about the victimization of a group of people (probably caused by capitalism and/or colonialism). That does not represent all novels by any means, but that shelf of books certainly exists.

I realize that the educational tendency has nothing to do with temporal setting. I do feel a vague annoyance when I hear about another story inspired by a real tragedy or disaster or famous injustice, but I have come to recognize that my annoyance is not caused by any objection to historical analysis, but rather by a queasiness about the obvious moral lessons that I fear are about to be imparted. This fear is quelled by excellent books now and then.

Rather than again covering this now commonplace Canadian dispute, let's look at other ways in which the contemporary may be represented by the always-immediately-dated novel. There is a kind of novel often called speculative that addresses the present by imagining it slightly accelerated. It paints a picture of the immediate future. The most obvious practitioners of this are genre writers such as William Gibson, whose fantasies - particularly the later ones - are actually highly contemporary commentaries on the possible outcomes of current trends and activities. You could see them as a form of satire on the present - as George Orwell's 1984 was a comment on the dangers of 1948.

I think also of Don DeLillo's strange novel Cosmopolis (now being made into a film by David Cronenberg) which is nominally set in New York in 2000, but it's a 2000 that has every social and technological trait of that year exaggerated until it begins to resemble one of Gibson's futures - a hyperamped world of extremes. Although supposedly historical, it feels a lot like science fiction.

A Canadian writer who has played a similar game is Michael Winter, someone who has written a not-so-conventional historical novel called The Big Why. His next, surprising, book, The Architects Are Here, takes place slightly forward in time, in a Canada that looks and feels like now in every visual and emotional detail but contains technological devices that we don't have yet. The speculative aspect is subtle - I wouldn't call it science-fiction - but it gives the romantic actions of the characters a global context and a philosophical subtext.

Is he writing about the present? Is De Lillo? Yes to both: The future is one of many kinds of what Graham Swift calls nowness. 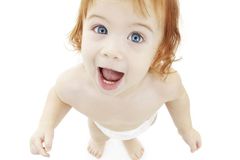 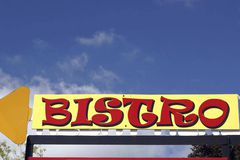 Stephen Fry takes on the language pedants
May 25, 2011 The author as entrepreneur, and the dangers this poses
June 8, 2011 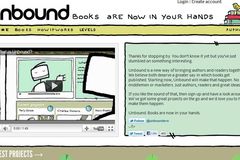