David Milne's stature as one of Canada's greatest painters, perhaps the greatest of the 20th century, remains unassailable, his style through all its variations of subject matter, feeling and colour instantly recognizable. A Milne canvas can also be worth a lot of money: For instance, a 1917 oil, Snow Patches, Boston Corners, sold for a record $1.44-million at auction in Toronto in 2007.

Yet Milne himself, during his 71 years on the planet, never reaped the full rewards of his genius. Indeed, the travails of the Great Depression forced him, in 1934, to sell 300 paintings to Canada's future governor-general, Vincent Massey, for a paltry $5 each. Milne, in short, lived mostly as a pauper, never earning more than $3,500 a year even after the Depression, and usually no more than $1,500 – onerous even for a man who spent much of his time living frugally in lean-tos, tents and cabins in the woods. He has lain since Dec. 28, 1953, in an unmarked grave in Toronto's Mount Pleasant Cemetery.

Beginning this weekend, Canadians will get the opportunity to refresh their acquaintance with Milne and consider his life and art more deeply than before.

The occasion is the opening of the $1-million David Milne Study Centre at the Art Gallery of Ontario in Toronto. An airy, light-filled, two-storey space clad in Douglas fir, the centre features not just Milne paintings (including 10 heretofore unseen works from the early 20th century), but letters, journals, diaries and sketches as well as such artifacts as his typewriter, paint box, smock and lantern – 230 in total.

In addition, the space will house computers linked to the almost 3,000 works and items in the Milne Digital Archive, believed to be the first of its kind in Canada. There's also an interactive screen through which visitors can access 20 new "film-ettes" that the AGO has produced on Milne's art, personal life, travel and residences.

"Most museums are about the display experience," Matthew Teitelbaum, the AGO director and chief executive officer, observed the other day, "and it's what they do best. … But we also have a conservation department, we store things, we also create histories and we create them, in part through the archives we have. Not only do we have considerable archival material that relates to our own history, but also to the history of significant artists" including Jack Bush, Betty Goodwin, F.H. Varley and Milne.

A centre like the Milne, carved out of an "almost invisible space" formerly used as a lounge in the AGO's southwest corner, represents the attempt "to make the museum experience more layered than it has been."

The gallery has long been a Milne repository, with more than 300 of his works in its permanent collection, including the donation, in 2008, of 168 paintings by collector Kenneth Thomson and family. But the study centre is the result of a deal Teitelbaum struck in 2009 with Milne's only child, David, 71 this year, to have the AGO acquire what Teitelbaum calls "the greatest archive of a Canadian artist still complete and still in private hands. … I made the case that we should publicly celebrate [it]as a totality."

The AGO actually was planning to open a Milne centre of sorts in the summer of 2009, on the gallery's second floor, funded by infrastructure stimulus money from the Harper government. But both Teitelbaum and Milne Jr. "weren't satisfied with that space." Located between two galleries, it had "no sense of occasion or destination," Teitelbaum recalled, "… no sense of the gravitas of the material involved." Eventually, it was decided to "make it a bigger proposition" and secure additional money, including a grant from the Richard Ivey Foundation, for the revamped design.

For all Milne's present lustre, his talent remains somewhat under-recognized more than a half-century after his death. While his works, including small sketches, are staples at auction, they rarely command the big dollars of a Lawren Harris or Tom Thomson. Teitelbaum thinks this is, in part, because of the big shadows cast by Harris, Thomson and the Group of Seven through the 1920s, '30s and even the '40s, and their dominance of the national (and nationalist) art narrative. The result is that "David Milne is always peeking around the corner, saying 'What about me?' "

Were Milne alive today, Teitelbaum feels the pride of Paisley, Ont., would be rather chuffed at what the AGO and his son have done to consecrate his legacy – and not altogether surprised. Milne was "a terrific writer, sensitive, evocative, descriptive, clear" who unflaggingly documented his processes and his thinking. "I don't think he did that accidentally," Teitelbaum said. "He wanted to leave that record. So it follows for me that he would have looked at this [centre]as pretty terrific and being at a high level."

The David Milne Study Centre opens Saturday, April 14, starting at 10 a.m. ET. The Milne archive is scheduled to be accessed online at www.ago.net/davidmilne on April 14.

AGO signs up with Google Art Project
April 3, 2012 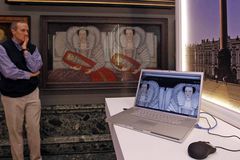 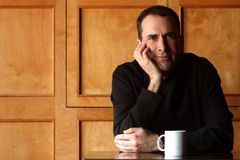 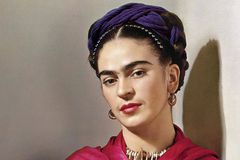