I usually avoid guided tours, but nothing would make me skip the impromptu walk-through I’m getting from Gaëtan Dostie of the Médiathèque littéraire he founded in 2008. Dostie began collecting the francophone books, artworks and films that crowd his three-storey domain in downtown Montreal when he was nine or 10 years old. He’s now in his seventies, and as he strides through the rooms, he reels off titles, publication dates and anecdotes with energetic reverence. At one point, he stops to read aloud the first part of an erotic poem by Louis Dantin, best known as the first editor of the works of Émile Nelligan.

Dostie has been a poet, editor, videographer and curator, and spent a few years as literary secretary to Gaston Miron, an essential Quebec poet whose works and image are on prominent display in the Médiathèque. Dostie’s true métier, however, is that of a passionate reader and collector, who has devoted his life to doing whatever he can to preserve and celebrate the literary arts of Quebec and French North America. 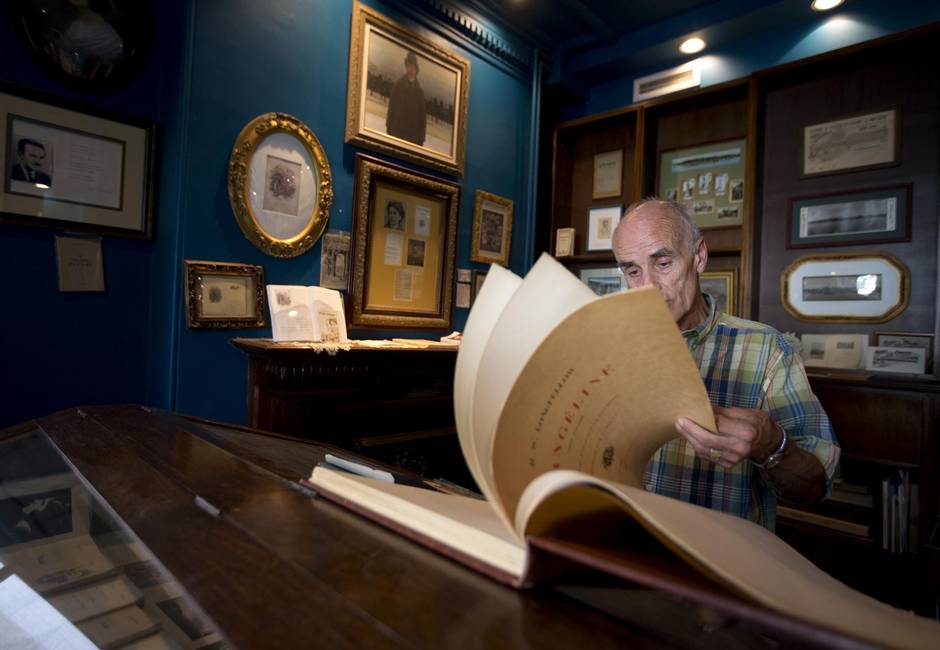 Gaëtan Dostie, founder of Médiathèque littéraire, has devoted his life to preserving the literary arts of Quebec and French North America. (Photos by Christinne Muschi for The Globe and Mail)

The Médiathèque littéraire Gaëtan-Dostie is a living archive, where you can peruse several small exhibitions, look at original manuscripts and illustrations and read rare volumes. But this dynamic not-for-profit collection faces a possible death sentence, delivered at the end of June by its landlord, the Montreal school board.

With no prior warning, the board gave Dostie until Sept. 30 to quit the heritage building it has occupied since 2009. It later extended that date to March 30, 2017, but still plans to block public access after the end of this month. That means no more visitors, and no more public events such as 200-odd concerts, film screenings and public readings that have largely paid the bills each year for the Médiathèque, and for its partner and co-tenant, the printing and publishing collective La Passe.

“We have no staff, only volunteers,” Dostie says.

Thanks to a long-standing provincial moratorium on funding for new museums, the Médiathèque isn’t eligible for public subsidy. He has no idea where to go on March 30, or how to get there. The loss of his main revenue stream after Sept. 30 means that the funds needed to move the 50,000 books and 7,000 artworks in the collection are, for the moment, far out of reach. 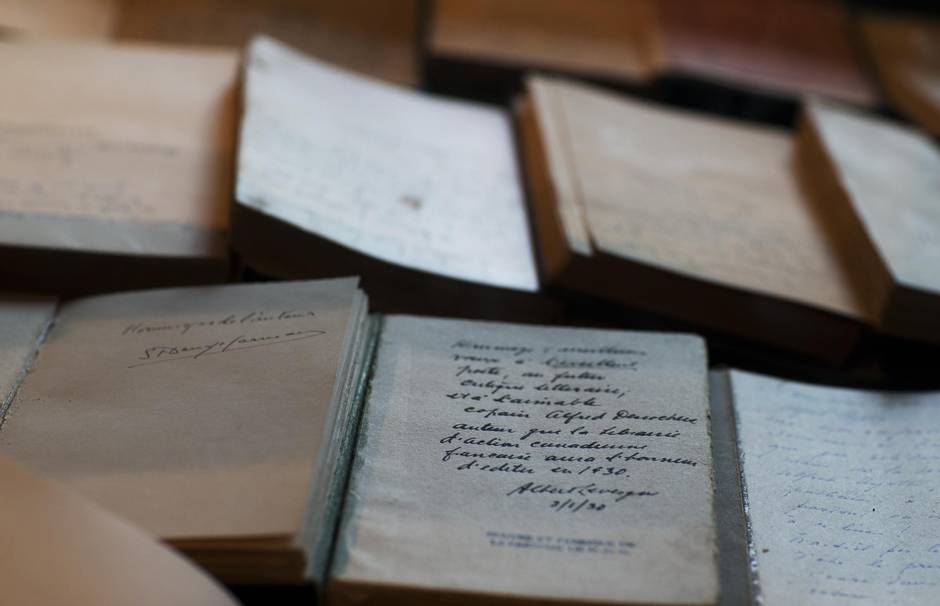 Médiathèque littéraire Gaëtan-Dostie's landlord, the Montreal school board, plans to block public access after the end of this month. Dostie has to be out by March 30, 2017.

The forced departure is not only a disaster for the Médiathèque and La Passe, which maintains a darkroom, printing facilities and its own library. It’s also a vivid sign of the exponential divide between fragile small museums and the much larger ones that often swallow them up.

A signal example of the latter is the Montreal Museum of Fine Arts, which since 2000 has absorbed two faltering smaller institutions: the Museum of Decorative Arts and the Musée Marc-Aurèle Fortin. In recent months, the MMFA also received the collection of the Club Saint-Denis, a private francophone society that closed in 2009 after 135 years of operation. In its most recent annual report, the MMFA announced a record haul of acquired works – 670 pieces, valued at almost $61-million and mostly donated.

Places such as the MMFA are a safe haven because they have the infrastructure, expertise and prestige that collectors value and that small institutions often lack. Big museums also have a fair chance of mustering the means to maintain and display the collections they absorb. Large institutions in this realm are like giant planets that pull in everything within reach, including smaller planets in crumbling orbits. 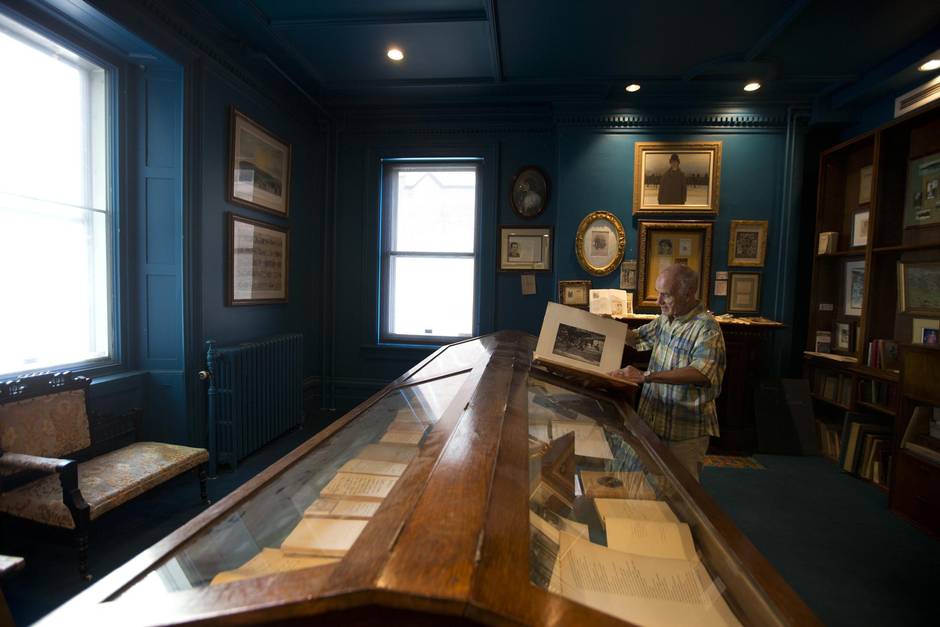 Gaëtan Dostie doesn't have the funds to move the collection's 50,000 books and 7,000 artworks. The archive is run by volunteers, he says.

The Médiathèque, which sees no enveloping institution on its horizon, is housed in what was one of Montreal’s oldest private residences, at 1214 de la Montagne. In 1915, the building became part of a Catholic school named after Bishop Ignace Bourget, a fierce 19th-century opponent of free-thinking literature, who figures in a current Médiathèque exhibition on censorship.

The school closed in the late-1960s, and was later used by art students from the two colleges that are now Concordia University. The old house had stood empty for years and was being vandalized when Médiathèque and La Passe moved in and gave it a new function.

The school board’s letter said it was concerned about the “potential danger” of dampness in the basement, and by the need for foundational repairs. With no money to solve either problem, the board said, it had no choice but to remove the tenants. 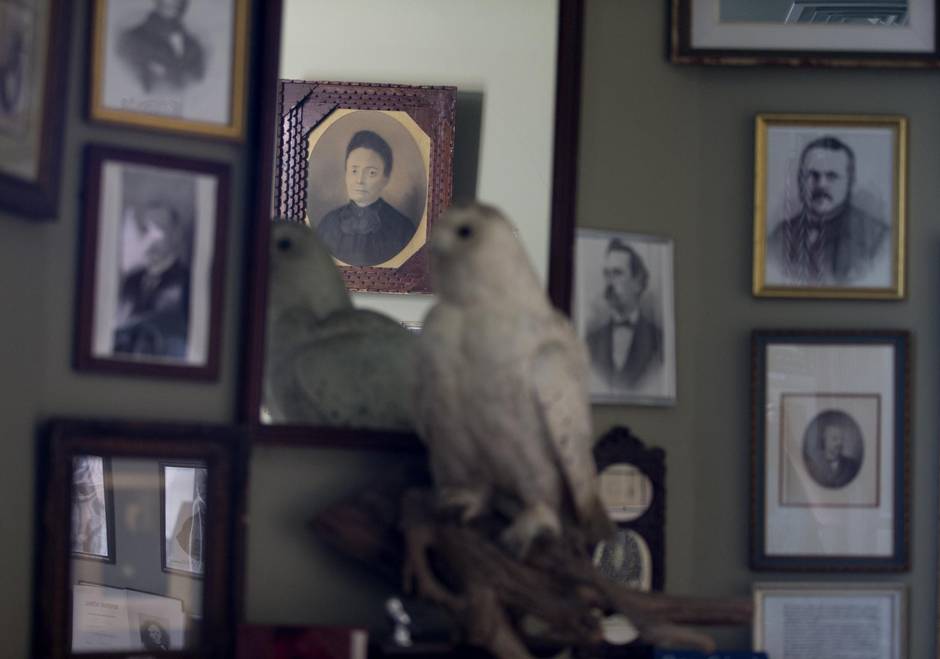 The letter from the school board said it was concerned about dampness in the building's basement and the need for foundational repairs, but didn't have money to solve the problems.

Dostie believes that the dampness was a pretext, and says that the problem has been solved with dehumidifiers and improved ventilation. After March 30, he says, the building will return to its unoccupied state, or be sold.

“We know that the board has no plan to return the building to scholastic use,” says Philippe Blouin of La Passe. The lack of any pressing alternative use makes the current situation all the more maddening for both tenants. They aren’t going quietly: Both are mobilizing support through social media, through an open letter published in Le Devoir, and through a last festival of live events that will culminate in a “grand spectacle” outside the building on Oct. 1. 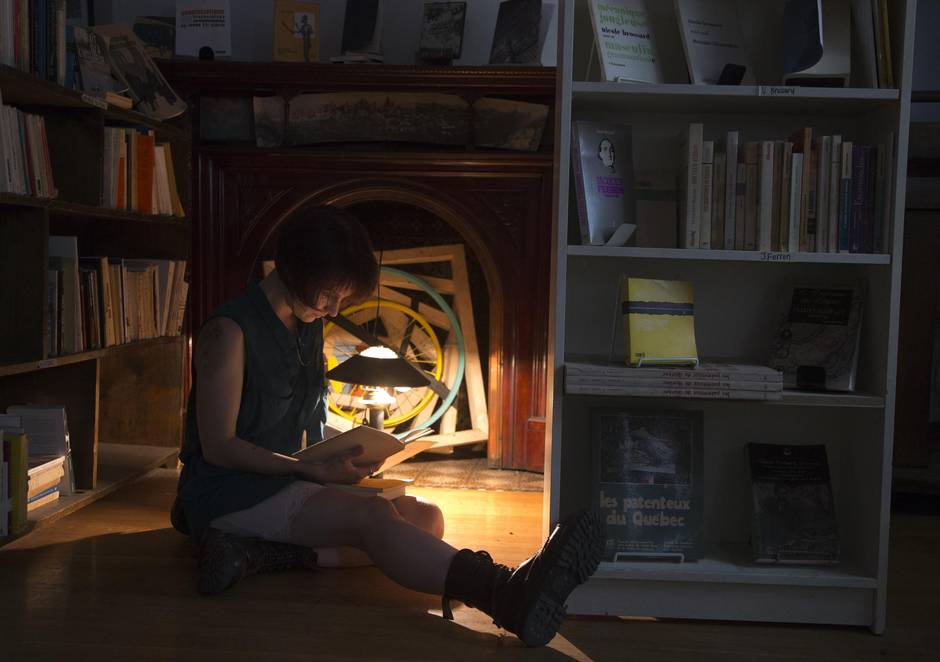 The collaboration with La Passe, Dostie says, has brought in a younger generation of print enthusiasts and devotees of Quebec letters. I suspect they’re also drawn by the place itself. Dostie’s exhibits are carefully laid out, but the faded gentility of the rooms and the DIY ethos of the displays also make the Médiathèque feel like a literary underground that happens to span 150 years. I doubt that any collection in Canada has been put together with such passion, or maintained with more love.

A final irony: The expulsion of the Médiathèque and La Passe will take place during Montreal’s big anniversary party, to celebrate the city’s 375th birthday and 150 years of Confederation. Perhaps someone should ask Heritage Minister Mélanie Joly, the grand convener of those revels, how we should best celebrate the spectacle of a prime collection of Quebec’s literary memory being dumped on the sidewalk.