The exhibition’s description panels include texts in both English and Anishinaabemowin (Ojibway), an acknowledgment of Toronto as the traditional territory of the Mississauga people. As well, a robust schedule of live events surrounds the exhibition, with special attention paid to performance art, as marginalized a discipline in the 1970s and eighties as it is today. 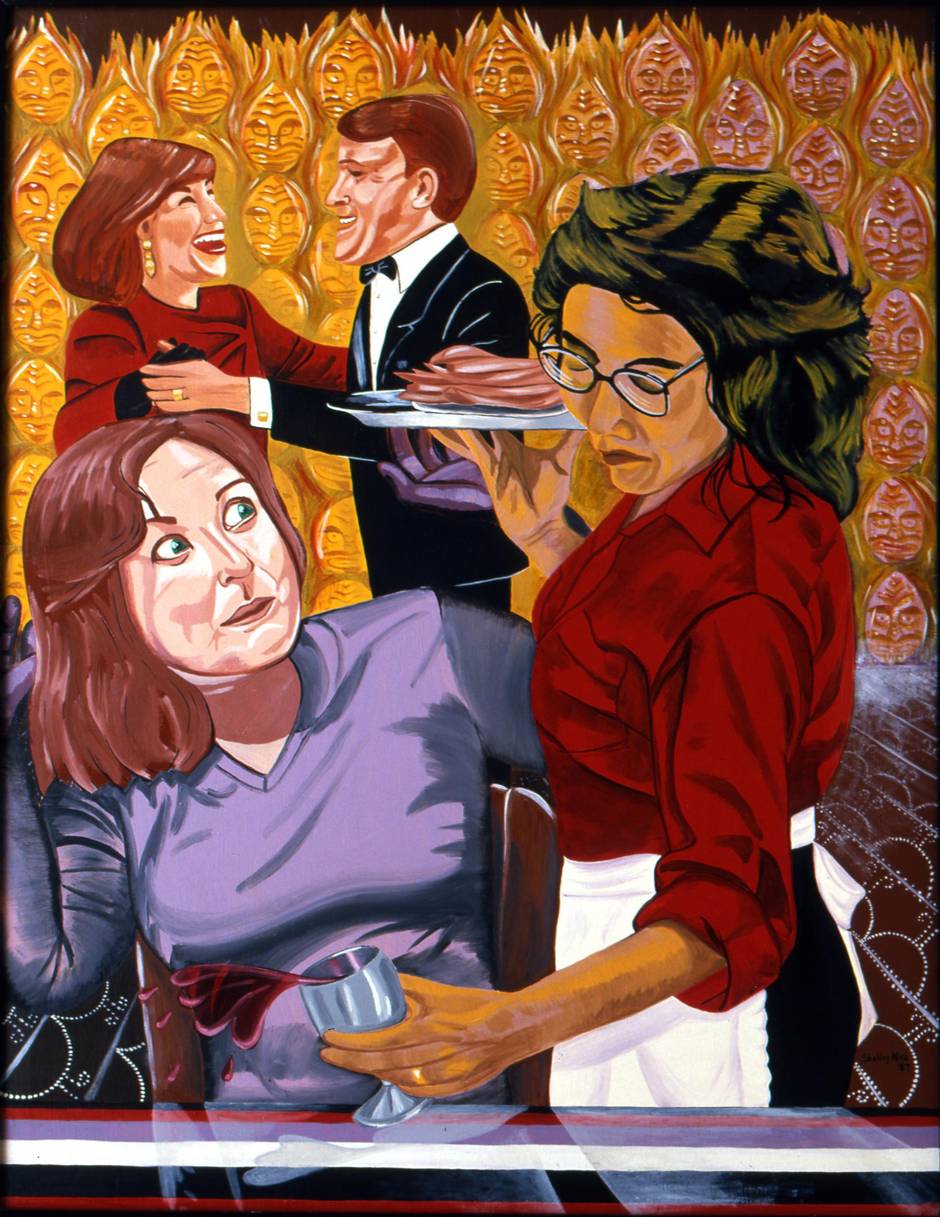 With this darkly humorous and politicized self-portrait, Niro is the Mohawk waitress spilling wine on a privileged lady, while Prime Minister Brian Mulroney and his wife Mila waltz merrily and obliviously upon bead-work patterns and in front of false face masks.

The oil painting was made at a time when the Canadian government was dismissive of indigenous voices and when irony was deeply in fashion. 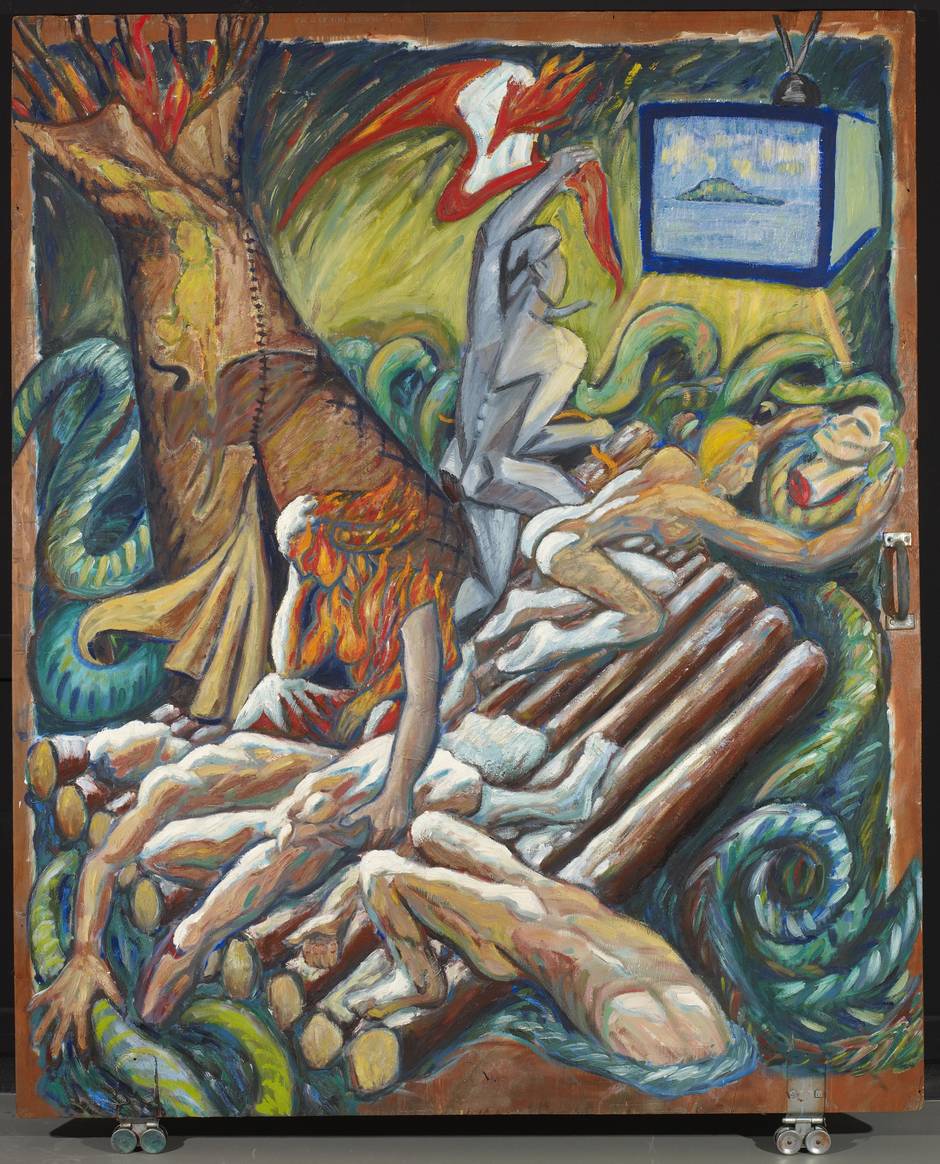 Andy Fabo: The Craft of the Contaminated, 1984

Andy Fabo, a founding member of the influential ChromaZone collective, poetically criticizes the homophobia plague of the 1980s, at the height of the AIDS crisis and a time of bathhouse raids and the policing of washrooms.

The painting portrays serpents, naked bodies and the societal and political abandonment of people at their most vulnerable time. 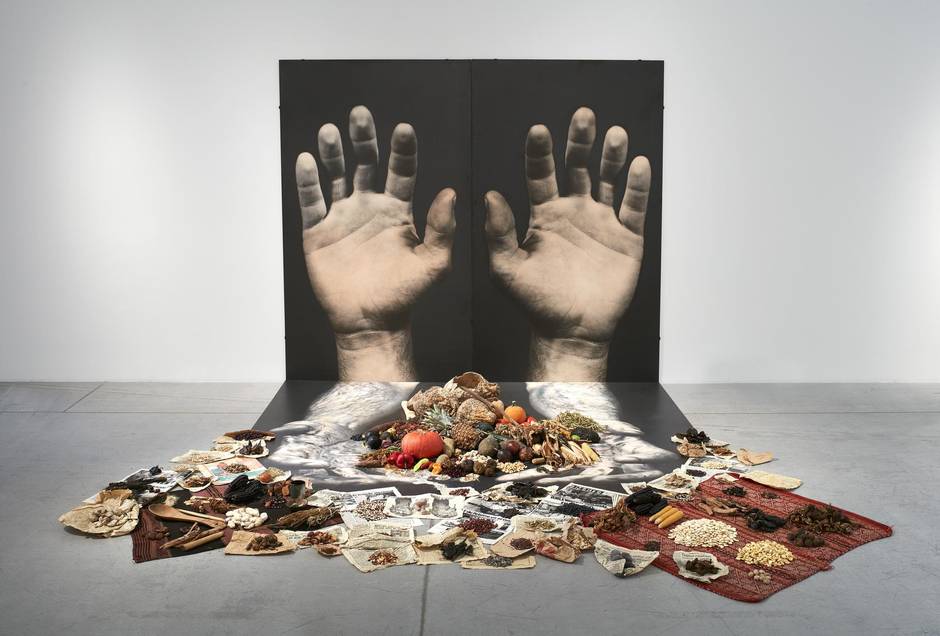 Peruvian produce is placed atop a large image of a field worker’s hands, with the rotting food causing mould and the decay of the unprotected photograph underneath.

“Eventually it may not exist,” says exhibition curator Wanda Nanibush. “This was something artists were questioning in the seventies and eighties, the culture of preservation. It’s also about allowing art places to be a little messier – to deal with life.” 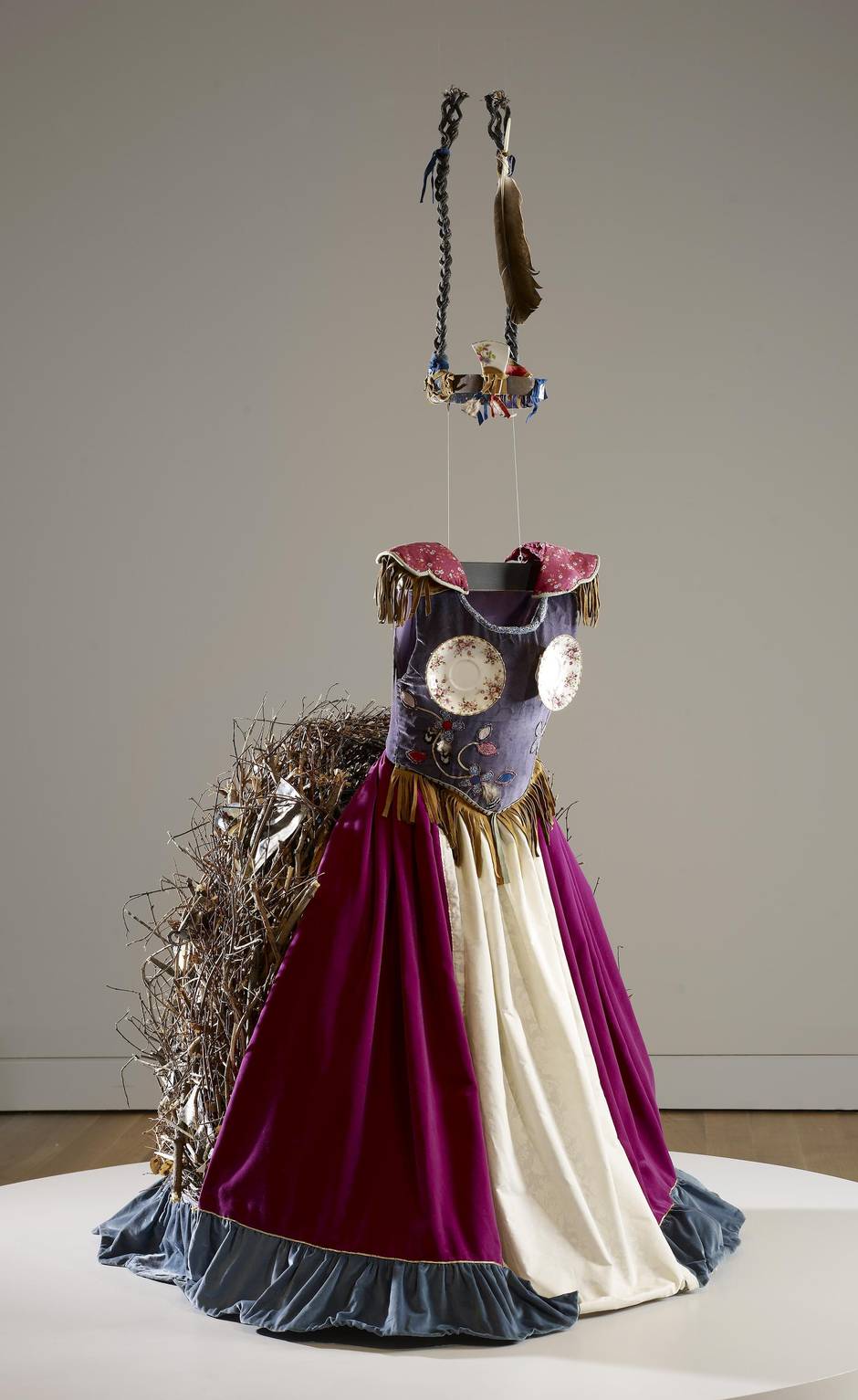 In 1987, the newlyweds Prince Andrew and Sarah Ferguson visited a reconstructed fur-trading fort in Thunder Bay, Ont. The Anishinaabe-Canadian artist contributed a dress that was part Victorian ball gown and part beaver dam.

“The Royals came to our city for a handful of hours as performers, replaying colonial history,” Belmore explains. “What to wear for such an absurd occasion?”

Within the exhibition, the piece marks an era when discussions on race and colonialism found enthusiastic representation in the arts. 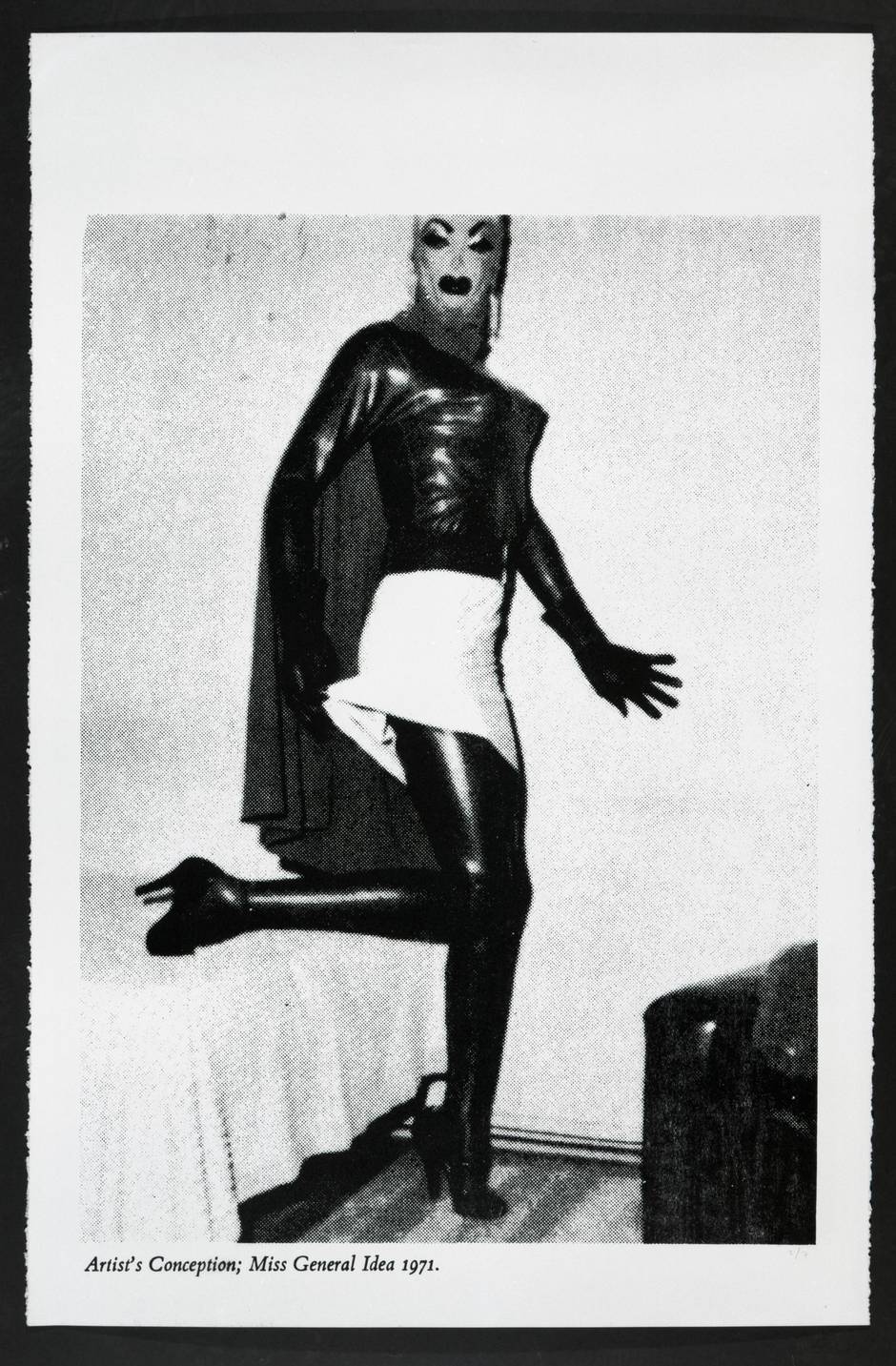 In 1971, the General Idea collective concocted a fake beauty pageant as a critique of glamour, fame and the art world. The piece was performed as a scripted award ceremony in the AGO’s Walker Court, where it was captured on video.

Elements of The 1971 Miss General Idea Pageant were presented at A Space, a pioneering part of the artist-run gallery movement that is recognized by the Tribute + Tributaries exhibition.