Standing before Albert Bierstadt's huge and hugely famous Yosemite Valley, painted in 1868, it's hard for anyone with literary inclinations not to think of the final page of The Great Gatsby; in particular F. Scott Fitzgerald's lines about the "fresh, green breast of the new world … [the] transitory enchanted moment [in which] man must have held his breath in the presence of this continent, compelled into an aesthetic contemplation he neither understood nor desired, face to face for the last time in history with something commensurate to his capacity for wonder."

Certainly Yosemite Valley is a wonderful canvas, its mists, clouds and mountains, amber light, verdant plains, trees and sinuous waters the essence of the idyllic. Cinerama 84 years before the invention of Cinerama, in fact – and (Holy Ansel Adams) not a human being in sight! You can find the painting early on in Picturing the Americas, a truly epic, mostly engaging exhibition, five years in the making, now running at the Art Gallery of Ontario in Toronto. Subtitled Landscape Painting from Tierra del Fuego to the Arctic, its 100-plus oils, drawings and prints are being billed as "the first exhibition to examine the evolution of the genre from the early 19th century to the early decades of the 20th century in an inclusive, hemispheric context."

In other words, the perfect artistic complement to the athletic exertions of Western hemisphere countries at the Pan Am and Parapan Am Games, being held in the Greater Toronto Area.

In a sense, the show goes pretty much downhill from Bierstadt's exemplary. Not that there's a precipitous drop-off in awe-inspiring vistas or stimuli for the mind's eye and the eye's mind. It's just that people start showing up in the canvases, at first in relatively modest numbers, such as llama herders in Henry Ferguson's Morning in the Peruvian Andes (1870) and the sledders and tobogganers in the Québécois winter wonderland that is Cornelius Krieghoff's Montmorency Falls (1853).

But, since we're dealing with 19th- and 20th-century people, you know what these individuals presage: colonization, decimation, exploitation, urbanization, industrialization, despoliation and all the other "ions" associated with the rise of modernism. Thus, a panorama such as Félix Émile Taunay's Rio de Janeiro scene Guanabara Bay Seen from Snake Island (1828) appears on first inspection to be charm itself, a tableau of humanity and nature in harmonious equipoise. But then you read the accompanying didactic and discover that the seven or eight figures in the foreground likely are slaves, part of the five million (!) brought from Africa to Brazil; that slavery was not abolished in Brazil until 1888 (!) and that the turquoise waters of the bay eventually became severely polluted and remain so to this day.

At this point, Picturing the Americas proceeds to work its way through two broad motifs. One depicts the steady, ever-expanding incursion of mankind's manifold works on the topography (bridges, trains and railroads, plantations, factories, mines) and the resultant erasures and absences engendered by them (most significantly, of course, the removal of indigenous peoples from ancestral lands). This strand reaches an apotheosis of sorts with Charles Sheeler's sarcastically titled Classic Landscape from 1931. A painting of Ford Motor Co.'s River Rouge plant in Michigan, it includes not one human being in its "symphony" of slag heaps, buildings, sluices and rails. And whatever nature there is – the billowing clouds in the picture's top third, for example – seem more the result of man's callousness (the belching smokestack that's the picture's main vertical element) than any purely meteorological phenomenon.

The exhibition's second motif has to do with the way artists, especially artists of the first 30 years of the 20th century, loosened from the strictures of classical representation, adopted a more individuated and focused response to the landscape. Salient illustrations of this include Arthur Dove's upstate New York scene, Sun on the Lake (1938), our own Lawren Harris's potent Grounded Icebergs (1931) and Georgia O'Keeffe's Black Mesa Landscape, New Mexico/Out Back of Marie's II (1930). Tellingly, each of these oils is bereft of people à la Albie Bierstadt – but unlike Yosemite Valley, each delivers a narrowed-down perspective of the natural world. It's about personal identification with and spiritual nourishment from a particular place rather than the pursuit of the exemplary view.

If there is a flaw to Picturing the Americas, it's likely its very broadness. In the introduction to the show's superb catalogue, its three curators – the AGO's Georgiana Uhlyarik, Peter John Brownlee from Chicago's Terra Foundation, Valéria Piccoli of the Pinacoteca do Estadao de Sao Paulo – write of their desire to "resist the urge to draw simple conclusions from complicated realities" in favour of "creating a platform for cross-cultural dialogue." While an admirable approach, it left this viewer hankering, finally, for more synthesizing and bearing down and less multiplicity. At the same time, the plenitude evokes a significant absence in the show, namely the lack of consideration given the rise of landscape photography in the mid-19th century. Admittedly, this would mean a whole 'nother kettle of fish, curatorially. But there's no denying the ghost of photography (to mix metaphors) hovers heavily on Picturing the Americas, particularly in its later stretches.

Picturing the Americas: Landscape Painting from Tierra del Fuego to the Arctic is at the Art Gallery of Ontario, Toronto, through Sept. 20. It opens Nov. 7 at the Crystal Bridges Museum of American Art in Bentonville, Ark. 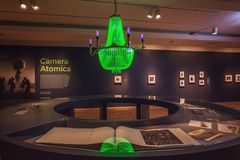 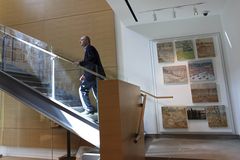 Three highlights in this year’s Luminato Festival in Toronto
June 19, 2015 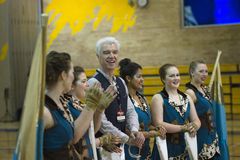