From the time he crafted his first Georgian residence, Toronto architect Gordon Ridgely remained devoted to this traditional style, refining his interpretation of it as the years went by.

"It began around 1975," Mr. Ridgely said in an interview a few years ago. "I had a client who wanted a Georgian house. I said, 'Give me a month to study Georgian, and if you're prepared to do it properly, with enough resources to do a proper job, I might be interested.'

"He took me on, and I did it. We were able to achieve the patina of the passage of time, somewhat magically. It was a wonderful house."

The project not only taught Mr. Ridgely, who died on Sept. 7 at the age of 75, that he could do a credible job of making Georgian architecture, it introduced him to a field of design that had a promising market among Canada's wealthiest and most prominent individuals. Over the years, his client list included Galen Weston, the Irving family of New Brunswick and Conrad Black.

As the contemporary Swiss architect Peter Zumthor wrote, "To me, buildings can have a beautiful silence that I associate with attributes such as composure, self-evidence, durability, presence, and integrity, and with warmth and sensuousness as well; a building that is being itself, being a building, not representing anything, just being."

People who appreciate architecture are always on the lookout in the projects they visit for the qualities Mr. Zumthor admires. For numerous observers, such "beautiful silence" and "just being" were notably embodied in the houses Mr. Ridgely designed.

These mansions were typically (though not always) cast in the English neoclassical manner known as Georgian – the most elegant and durable of all revival styles – and they came with their entablature, columniation and so on done with exacting attention to historical precedents.

Mr. Ridgely pursued his career over decades characterized by several shifts in architectural taste and fashion, but he was tempted by none of them.

If he was drawn to the Georgian style partly from necessity – "I wanted to do contemporary when I graduated from architecture school," he said, "but my family would have starved" – it was also an artistic practice that held deep personal appeal. "I am very keen on order, especially in planning," he said, "and most of my houses have a great sense of that. Georgian is mostly neoclassical architecture, and we study it – Vitruvius, Palladio and the rest."

Gordon Sinclair Ridgely was born in Oshawa, Ont., in July, 1938, and trained by the architecture faculty at the University of Toronto. He was a stringent modernist upon graduation in 1965, and his spacious, highly individual houses always bore the marks of his modernist education.

He worked for the Toronto firm of Shore & Moffat briefly before joining forces with his friends and university classmates William Bennett, Peter Hamilton and Anthony Kemp.

In 1970, Mr. Ridgely established the independent office in which he designed until slowed by ill health in the last year of his life. He died in Toronto from complications of pneumonia, leaving his former wife of 25 years, Libby Ridgely, their children Justine, Zachary and Duncan, and two grandchildren.

One of Mr. Ridgely's last clients was Anthony Fell and his wife, Shari. The planning of the couple's large Georgian house in Toronto's exclusive Bridle Path neighbourhood was spark-filled.

"We used to argue about everything," Mrs. Fell recalls.

But again and again, she would come to the conclusion that "he was right and I was wrong. He was a stickler for perfection. He wouldn't take second best on anything. His work was expensive, because he wanted the best."

What she loves most about the end result is the detailing. "People walk into this house, they look at the mouldings, the proportions, and they know that, when it came to detail, there was nobody in the city who did it as well as Gordon."

When discussing the fine points of the design, she recalls, "I used to say, 'Oh, Gordon, nobody will ever know.' And he would say to me, 'Yes, they will know, and I won't do it any other way.' He wouldn't compromise when it came to his work. It had to be the highest quality and, you know, it shows."

Whatever differences of opinion the Fells and their architect may have had along the way, they were fast friends by the end of the process. One of Mr. Ridgely's last social engagements, just a couple of days before he died, was a luncheon at the Fell house, during which he and his clients declared themselves satisfied with the outcome.

"He was a character in capital letters, a strong personality, tremendous fun, exceptionally intelligent," Mrs. Fell said. "He would speak scathingly about people who hadn't studied classical architecture and didn't understand things like proportion. … But he loved people, and that's one of the things that made him a great architect. He was interested in how people lived their lives, what gave them pleasure, what they needed to be surrounded by, and he was able to incorporate that into the designs he did for individual people."

His sensitivity to the desires and inclinations of clients was perhaps Mr. Ridgely's most memorable personal and professional trait. "He was a real gentleman, in a tradition for architects that we've lost a little bit of," said Michael McClelland, a Toronto architect active in the field of heritage building restoration.

"He knew how to work with the rich and super-rich, and he gave them guidance," Mr. McClelland said. "He knew everything about rich people he needed to know – how they enjoyed themselves, how they had parties – so he knew what they needed.

"He was quite smart about what he was doing, and he played a kind of old-style or traditional role for an architect. It's a talent, but it's also something you have to learn. What he did wasn't challenging modern work, but it suited his clients. People came to him, and they came back. He was a big, gruff man who shouted a lot, but underneath was a kind, generous man."

Toronto has several designers who can turn out "classical" homes for upmarket customers, but the work of none of them has enjoyed the high level of respect Mr. Ridgely's houses have commanded over the years – even, or especially, from architects whose own style is more suited to the 21st century. Paul Raff, for example, is an architect whose buildings are and always have been thoroughly contemporary. He remembers his years of working as a project co-ordinator in Mr. Ridgely's office with delight. "He had a strong approach," Mr. Raff said, "and he was a very mature, seasoned architect when I joined him [in the late 1990s]."

Mr. Raff remembers Mr. Ridgely as "a rigorous and gutsy architect who always strove for excellence. He had an extremely well-developed sense of what a house should be, particularly in high society – what was good, appropriate, proper, and what the tradition and way of living behind the house were.

"Most important, he had a real dexterity with his medium. He really understood construction and materials, and he had a great understanding of traditional architectural language and how it works – proportion, classical elements and so on. He was self-educated in architectural linguistic traditions, but very well self-educated. He executed his projects with deft craftsmanship, and he could draw at quite a high level."

His experience in Mr. Ridgely's firm suggested to him that "when you hired Gordon Ridgely to do your house, you were aiming for a high level of product. You wanted highly refined, good quality architecture mostly in a conservative vein – something very thoughtful, very disciplined in the artistic sense. Behind every one [of his houses] was a rigorous geometry that was boldly and thoroughly carried through to the end."

Mr. Ridgely's emphasis on clear geometry was an inheritance from the modernist education that, Mr. Raff believes, he never really put behind him. "I don't think he was trying to build buildings that looked old. He analyzed the [Georgian] style thoroughly and carefully and brought many of its best aspects to bear on customized new versions of it.

"I can tell you that I look at his houses, and I can pick out a Gordon Ridgely house, and it's not going to feel like something from Georgian England, or from 1895. It looks of its era, just done with intense rigour. I'm reminded that the debate in architecture should not be about traditional versus modern. It should be about good versus the not so good. Gordon Ridgely fell on the good side."

Editor's note: An earlier version of this obituary included an incorrect name for one of Gordon Ridgely's last clients. He is Anthony, not Michael, Fell. 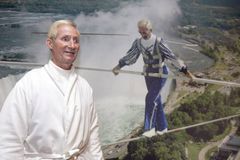 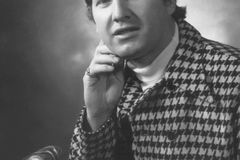 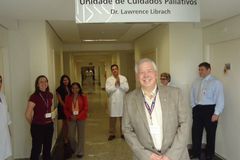