For 2013, expect more integrity, more humanity and more morality in architecture. There will be some gains and serious rewards. But only if the rallying cry to break from conventional ideas of architecture comes from the people: clients, developers and the media.

These four ideas can inspire us to throw down our chairs from the windows, take to the barricades, and demand beauty, environmental breakthroughs and intelligent, healing landscapes.

Reconceiving the city for a warmer world

Responding creatively and effectively to the onslaught of water brought on by global warming is no longer a challenge restricted to impoverished regions of the world. As I walked along the mud flats of the Ganges River in the ancient city of Varanasi, India, last fall – where life-giving monsoon waters had climbed high to fertilize fields – houses in New Jersey were being pummelled by Hurricane Sandy, and rushing waters had paralyzed the Manhattan subway.

Like the indefatigable boxer Cinderella Man, New York is standing again, being reconceived, post-Sandy, as a topography of inspired resilience, an invigorating landscape designed to protect people from the calamity of flood waters. As John F. Kennedy once said, "Most cities are nouns; New York's a verb."

Creative rethinking is what will be required to save the New York region from the next attack of water. Activists from New Orleans are being consulted, along with Dutch water-management experts who have developed some of the most sophisticated ways of keeping water at bay, from oyster reefs to extensive barriers both natural and man-made.

Against this scenario, it has to be said that Toronto's Don River Park – a 7.3-hectare flood-protection landform set to open this summer – appears remarkably prescient. Envisioned decades ago in the aftermath of 1954's Hurricane Hazel, the sweeping, undulating green space reinvents a postindustrial site to include a toboggan hill and an outdoor fireplace.

As well, there will be a community kitchen in a wood-timbered pavilion, plus recreational trails and a festival square. Stand on the elevated hill and take in the newly protected city: To the east, there's now a flood plain designed by Michael van Valkenburgh Associates as an urban prairie stretching along the shores of the urban river. To the west are expansive views to the Distillery District and, beyond, the financial core – residential and economic-engine zones worth protecting – gracefully – from swelling waters.

The climb to health

The coming year will also be significant for the increasingly global Fit City agenda: In Vancouver, New York, and Portland, Ore., cars are being rerouted to make way for an efficient, elegant flow of pedestrians, cyclists and skateboarders. Inside buildings, elevators are being tucked behind centrally located, exhilarating stairways, requiring people to exercise while making more room for the disabled in mechanical lifts.

New York Mayor Michael Bloomberg took on smokers years ago, banishing them to pavements of exile. Now, with the backing of a formidable bureaucracy, he's pushing hard for even healthier bodies. The city's Department of Design and Construction has created a Center for Active Design, assigning an urban-fit educator to work with architects and landscape architects to train them on the need to create obesity-reducing architecture.

"It takes everybody coming together from facilities, roads, health; and strong leadership from elected officials," says Joanna Frank, director of the Center. "Everybody in New York has been given permission to work together."

"Active design guidelines" are being sold by Frank and her team to cities struggling with the crippling costs of obesity. The Region of Peel, a vast jurisdiction to the west of Toronto, has become their latest client. Following a one-day symposium led by a New York SWAT team intent on urban fitness, Peel has accelerated its healthy initiatives. Gayle Bursey, director of Chronic Disease and Injury Prevention for Peel Public Health, says that food served or sold by the region will be changed as a result of the symposium. And the city of Brampton is now moving ahead to establish a policy to insist on healthy food in its City Hall cafeteria.

For the expanded Brampton City Hall, which will include the addition of committee rooms and administrative space, stairs will be designed as a central feature to offset elevator use. In Toronto, the hot-pink staircase rising four storeys through the new Rotman School of Managment by KPMB Architects is a free ticket to a healthier heart.

In 2013, the world will be exposed to the most expressive theatrical civic architecture of all time. Vancouver architect Bing Thom will be refining his competition-award-winning design for the $350-million Xiqu Center project, the Chinese folklore-opera house to open by 2016 in Hong Kong's new West Kowloon Cultural District. Thom's flamboyant scheme, with a front facade parted like a massive curtain, occupies a gateway site to a district planned to accommodate 16 cultural venues.

In a telephone interview this week, Thom told me that the Xiqu Centre is designed to honour the ancient practices of the South Chinese troubadours who once travelled from village to village to perform in temporary structures made of bamboo. "We're back to the traditional values about what a building is for, and how a building can serve society rather than how society can serve a building."

To that end, the change rooms will be configured to accommodate large trunks containing elaborate headdresses and costumes owned by the travelling actors, and doorknobs may be rethought to allow the heavily ornamented to glide easily through the space. The Xiqu Centre places a commercial mall underground and connected to a subway, so that operagoers arrive into an elevated courtyard where they can immediately see a theatre-training school, two tea houses and a large and small theatre. And, although the exact material is yet to be decided by Thom, the Centre will be defined by an exterior skin of shifting vertical fins that doubles as a projection screen and a means to allow air to flow naturally into the complex.

Such theatrical flamboyance in architecture is hardly limited to Asia. In Scandinavia, an international, anonymous competition has attracted 544 entries and generated expressive proposals for the Helsinki Central Library. The six finalists include a building defined by a canted wooden pavilion with a soaring, sheltering roof; another echoes Thom's epic curtain entrance. The winner will be announced in June. The shortlisted six designs can be viewed at competition.keskustakirjasto.fi/stage-2-of-the-competition.

Warmth without the warming

It's time to believe all over again in wood-timber structures and their time-honoured integrity. People warm immediately to wood. But there's also an environmental argument to be made for it. Concrete requires extreme heat for its manufacture, resulting in massive carbon emissions. Wood structures do not.

The new Laurentian School of Architecture in Sudbury, designed by Levitt Goodman Architects, is a template of innovative, daring design. The library wing (walls, floors and roof) is constructed of cross-laminated timber, or CLT, an engineered wood product made by gluing and pressing together successive layers of spruce, pine or fir two-by-fours or two-by-sixes to form large, solid blocks or sheets that can be precision-trimmed to specific purposes. The School will stand as the first significant use of cross-laminated timber in a public building in Ontario. Within an existing wooden train shed on campus, students will experiment with the newest wood products, including CLT, and apply their design skills to the timber mills of the North.

"CLT is to the 21st century what log construction was to the 19th century (and before). There is great potential, architecturally, to refine an aesthetic based on CLT construction that I find really exciting," says design lead Janna Levitt. "The material can be exposed or not. There are acoustical benefits to CLT, as wood absorbs sound. And because it's wood, it does not behave like a thermal bridge." A recent fire-rating test for laminated wood also shows its strong resistance to fire; many people in the building industry are calling it the new concrete.

In some brave hot spots of design, tall structures made almost entirely of wood are being conceived. Reiulf Ramstad Arkitekter is the Oslo-based firm responsible for the design of a wooden tower for the Barents Secretariat House in Kirkenes, Norway, on the fringes of the Arctic Circle.

Vancouver's Michael Green, lead designer on North Vancouver City Hall's expansion, was troubled enough by lax attitudes to the environment, and a lack of building innovation, to argue strongly for alternatives to concrete-and-steel structures. His design for a tall wood tower has generated considerable interest from developers – and organizers of the TED talks. In the coming weeks, he says, the world's tallest all-wood building may be announced for a site in British Columbia.

Across the Pacific, on Melbourne's Victoria Harbour, a tower in wood is already being built. Ten storeys high, Forté, a residential building, is being constructed from cross-laminated timber. When completed, it will produce 1,400 fewer tonnes of CO2-equivalent emissions than a comparable concrete-and-steel structure, the equivalent of removing 345 cars from the roads. 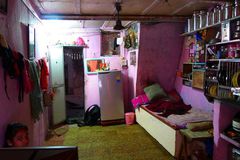 Oscar Niemeyer: The long reach of a Brazilian master
December 7, 2012 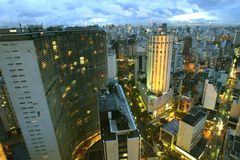