The lawyer for a veteran Toronto dealer in the Norval Morrisseau art market is denying his client negligently or wrongfully sold a fake or forged painting attributed to the legendary Ojibwa artist to Kevin Hearn, keyboardist for Canadian pop band the Barenaked Ladies.

In a 20-page statement of defence filed Friday in Ontario Superior Court, Brian Shiller, representing dealer Joseph McLeod, insists the painting at issue, titled Spirit Energy of Mother Earth, is, in fact, a genuine 1974 Morrisseau. Mr. Hearn bought it in May, 2005, from Toronto's Maslak McLeod Gallery, where it had been consigned by an unnamed individual who had bought it at auction in Pickering, Ont.

Mr. Shiller was responding to a suit Mr. Hearn, 43, launched in October last year seeking more than $90,000 in damages and claims, including the $20,000 the musician paid for the painting. In the last three years, Mr. Hearn has entertained doubts about the work's authenticity and now alleges it to be "a fake or forgery," the status of which, he further alleges, Mr. McLeod "knew at all material times."

None of the allegations in either the Hearn statement of claim or the McLeod statement of defence has been proven in court.

The legal battle is just one more instalment in a series of often bitter skirmishes over Mr. Morrisseau's artistic legacy that began before his death, at 75 in late 2007, and continue today, if anything more intensely. Mr. Morrisseau's life was erratic and peripatetic, dogged by drug and alcohol abuse, bouts of homelessness and, in his last years, the ravages of Parkinson's disease. By various accounts, Mr. Morrisseau is estimated to have completed 10,000 to 15,000 paintings. Over the years, Morrisseau associates, dealers, collectors, auction houses, scholars and the artist's family have debated which of these are authentic and which, if any, are fraudulent.

Both Mr. Shiller and Jonathan Sommer, counsel for Mr. Hearn, are no strangers to the Morrisseau controversy. Mr. Shiller, recently in the news for a defamation action against Toronto Mayor Rob Ford on behalf of a local restaurateur, is currently defending another Toronto gallery against allegations it sold a bogus Morrisseau to a retired Sarnia, Ont., teacher in 2005. Mr. Sommer has been representing the teacher's suit since 2009. Hearings in the action wrapped last June but no decision has been rendered. 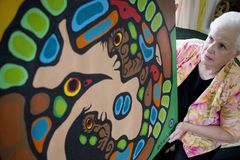 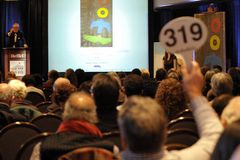 Follow James Adams on Twitter @Jglobeadams
Report an error Editorial code of conduct
Due to technical reasons, we have temporarily removed commenting from our articles. We hope to have this fixed soon. Thank you for your patience. If you are looking to give feedback on our new site, please send it along to feedback@globeandmail.com. If you want to write a letter to the editor, please forward to letters@globeandmail.com.
Comments are closed