The Crown Prince of the Art World – so-called by The Wall Street Journal – seems like a very nice guy, at least on the telephone from his perch at the New Museum of Contemporary Art in lower Manhattan. This evening he's quick to laugh, quick with a quip, quick with the self-deprecation. Which is all very charming since if anyone has the "right" to be full of himself in that way that only a New Yorker can it's Massimiliano Gioni.

After all, it was Gioni who, at a tender 39 years, piloted the most successful Venice Biennale ever in 2013 (a record 475,000 visitors) while earning near-unanimous praise for his curation of the Biennale's huge main exhibition, a $4.3-million extravaganza called the Encyclopedic Palace. It's Gioni who, in 2006, became director of exhibitions and associate director of the New Museum, quickly establishing its bona fides as a must-see international art destination. Gioni, too, who last November was ranked the 10th most influential person in the art cosmos by London's ArtReview magazine.

Perhaps it's Gioni's inner-Canadian that accounts for his relative groundedness. As a teenager in the early 1980s he spent two years at Victoria's Lester B. Pearson United World College of the Pacific, hanging with students from all over the world, imbibing the school's heady ethos of making education "a force to unite people, nations and cultures for peace and a sustainable future." Today Gioni, born in a small city northwest of Milan, describes his time there as "formative and" – he laughed – "equally deformative in that it made me a more creative and stranger person. . . . The international and cosmopolitan upbringing I had at Pearson and this notion of an international culture prepared me to . . . face the international life that I'm happy to live now."

Torontonians can get a taste of the Gioni life and philosophy Thursday evening at Harbourfront Centre's Brigantine Room. He's coming at the behest of the Power Plant, Canada's primary showcase for cutting-edge contemporary art, to talk about the pleasures and pains of mounting the Venice Biennale, an event that, to quote one observer, usually has turned its artistic director into "a sacrificial goat."

That that didn't happen to Gioni is, of course, partly luck. It's also due to the man's intelligence, his diplomacy and a broad vision that sees art less as a matter of canons and masterpieces, high idioms and low, than "an existential adventure." To his eyes, any serious artist, be he a star like Warhol or "the most unknown outsider," is, in each instance, "trying to get through the materials they're using to make them say what they want."

"I'm quite demanding of myself," said Gioni. "Maybe things went well in Venice because I was prepared for the worst so I tried to work as hard as I could. I admit I gave up a lot of things in the cause of making a good show."

Married since 2010 to another art-world insider, the curator Cecilia Alemani, Gioni confessed to feeling "very restless after Venice. I didn't have enough to burn my energy on." It took time to realize "you can't always just do the biggest show in the world. You can't be a stretch limousine all the time; you have to be a little bicycle, too." The challenge, he said, is "to bring the same precision and devotion to the smallest project and the biggest" – an occupational necessity since "I don't want to retire at age 40 or to have the Biennale be my last good show."

For this summer at the New Museum Gioni is busy assembling an exhibition on contemporary Arab art. It's proving "nerve-wracking," he laughed, "more complicated," in fact, "than Venice because there are so many issues – whether or not there is such a thing as contemporary Arab art, whether it's legitimate to organize art according to geographic principles and can somebody who's not Arab learn enough to put together such a show?"

The curator's role is paradoxical, he added, calling it, in part, "the Sisyphean task of trying to find words to discuss something created to escape words, something not meant to be summarized in a slogan, a message or a sentence. Obviously, I'm bound to fail. But" – and you could visualize the philosophic shrug 800 km away – "that's just how it is."

For New Yorker critic, all art is contemporary
March 21, 2014 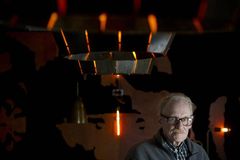 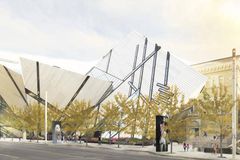