Alex BozikovicArchitecture Critic
Published May 20, 2020 Updated May 22, 2020
For Subscribers

The architecture profession in Canada is increasingly corporate and conservative, and so these awards are good news. Both van Ginkel and Partisans embody a bold and expansive vision of architecture as an art form and a profession engaged with the biggest cultural questions.

Partisans, now seven years old, has pursued a wide range of work – from restaurant interiors to collaborating on a huge suburban masterplan – while speaking loudly about the role of architecture in society.

“We believe that architecture should solve for the incredible complexity of our time,” says Alexander Josephson, who leads Partisans along with Jonathan Friedman and Pooya Baktash. “Architecture isn’t just skin-deep. We’re interested in form. But what kind of form evolves from more complex political and cultural conditions? Architects need to be involved in making those decisions, in shaping the agenda.”

Both that outspokenness and the variety of scales is rare today among Canadian architects. But van Ginkel’s career, starting in the 1940s, shows similar themes.

At first, her presence as a woman was radical. Even today, architecture is still disproportionately a male field. Nine Yards is run by Silva Stojak and Shallyn Murray, and a successful woman-led firm remains a rarity.

In 1945, van Ginkel was among the first women to graduate from McGill’s architecture school. Then she went to work at the Paris studio of Le Corbusier, arguably the most influential architect of the 20th century. She ended up working on L’Unité d’Habitation in Marseilles, a building that combined apartments with shops, a school and a restaurant. “I was surprised that I was never told what to do,” she recalled recently in an interview with a colleague. Le Corbusier “would set a challenge and if I came up with an idea he liked, he would ask me to develop it – and if he didn’t like it, he would throw it out! It was extraordinary how much freedom we had.”

Her own work shaped the rooftop terrace, where she turned roof vents turned into sculpture. If Modern architecture could be inhumane and dogmatic – and that wasn’t always true – hers has never been so.

She also rejected the tabula rasa approach to city-building associated with Le Corbusier. Indeed she worked, with her planner and architect husband Sandy van Ginkel, to preserve Old Montreal from being destroyed by an expressway. At the same time, the couple worked on Expo 67. That particular sensibility – embracing innovative design while rejecting the ahistorical and inhumane fashions of the time – looks very good, in retrospect.

And she was highly influential. In 1977, she became dean of the architecture school at the University of Toronto, the first woman to hold such a position.

Several former students have praised her open-mindedness and creativity. In 2014, I interviewed Frank Gehry, who spent much of the 1970s and 1980s feeling ostracized for being too radical. He told me he had bitter memories of being shut out by the University of Toronto – specifically, having a lecture cancelled by van Ginkel in 1982.

But the nonagenarian van Ginkel soon sent me a crisp e-mail to shoot this idea down. In fact, she said “categorically” she had never heard about a Gehry lecture. “If I had, I would have been delighted.”

I believe it. I also think she would like the words of Josephson and his colleagues. “Our studio is our project,” Josephson said. “We’ve taken an oath to serve our clients, but we also believe that our clients will benefit from our creative ambition.” 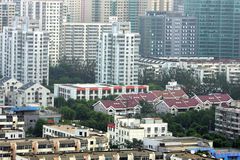 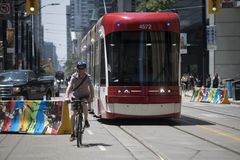 Opinion
After Sidewalk Labs, Toronto should get smart
Subscriber content
May 7, 2020 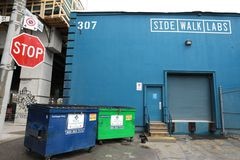