Art museums can feel like dinosaurs – or maybe that should be glacial rock formations. Their prized collections take decades, even centuries, to assemble and reflect the tastes of previous generations. Sometimes even the 20th-century galleries are devoted to the work of dead white men and nobody else.

So, what is happening at the Art Gallery of Ontario in Toronto these days is radical. The gallery has decided to backfill Black and African art into a collection traditionally devoted to Western art. Last year, it purchased a leading collection of Caribbean photography, featuring 3,500 items from 34 countries including Trinidad, Barbados and Jamaica; three weeks ago, it created a new collecting area – the art of global Africa and the diaspora – and appointed a new curator, Julie Crooks, to oversee it.

“There is this opportunity to foster the notion of global Africa … pushing the boundaries of our collecting beyond the silos of the various departments,” Crooks said. “The work lives in the Canadian department as much as in photography, as much as in prints and drawings, or European or contemporary.”

The move may seem only logical, recognizing that contemporary culture is global and building a collection that reflects the city at the AGO’s doorstep, but it’s a significant decision. Art museums don’t add new collecting areas lightly, considering both the costs and the risk of mission creep.

For example, the AGO is located in Chinatown, but it has never acquired historical Chinese art, in part because the Royal Ontario Museum has one of the best Asian art collections in North America. It has also stuck fairly narrowly to painting, sculpture, prints, drawings and contemporary media. In the early 2000s, there was debate in Toronto about the wisdom of the gallery accepting decorative art from the Thomson Collection, such as its ship models, which launched the institution into uncharted curatorial waters.

Some critics even used to argue the AGO shouldn’t collect First Nations or Inuit art because they didn’t fit within “Western” traditions. Today, most would consider those among the most vibrant strands of Canadian art, and the AGO’s Canadian and Indigenous galleries feature both historical and contemporary examples prominently.

So, philosophies change as society does and, with limited acquisition budgets, museum collections often reflect what local collectors and local communities value. The Montgomery Collection of historic Caribbean photographs was purchased with $300,000 raised mainly from the Black and Caribbean communities in Toronto, which also formed a donors' group that continues to support Crooks’s position.

Crooks and her colleague, photography curator Sophie Hackett, had discovered the collection at a photography fair in New York and concluded Toronto was its perfect home because of the city’s strong links to Caribbean culture. They convinced collector Patrick Montgomery to work with the AGO rather than a U.S. institution in part because they promised the photography – which includes portraits, landscapes and tourist views – would be displayed rather than locked away. (Montgomery offered about a third of the collection as a donation and sold the AGO the rest.) Crooks, who served as associate photography curator until her new appointment, will organize a first exhibition of the material next summer.

Her new department made its own first acquisition last month when it purchased a painting by the Canadian-Congolese artist Moridja Kitenge Banza from a series in which he reproduces the Christ figures from Byzantine icons, but gives them the faces of African masks. She also has her eye on modern and contemporary Black artists such as the pioneering South African social realist Gerard Sekoto, the senior Congolese contemporary artist Chéri Samba, and Khadija Saye, the young Gambian-British photographer who died in London’s Grenfell Tower fire.

(Crooks does not, however, expect to expand the AGO’s small holdings of ancestral African art: The Murray Frum collection includes masks and figures created by people living south of the Sahara in the 18th to 20th centuries.)

The point of the new department is cross-disciplinary. In an era when museums increasingly mix periods and cultures in their displays, it will allow the AGO to thread African themes through different exhibits and turn the art’s great variety into a virtue rather than a lack.

“African art in the AGO is an Ethiopian illuminated manuscript hanging out in European or a local Black artist hanging out in contemporary,” AGO director Stephan Jost said. “Parts of the collection are dispersed through almost all the curatorial areas, so it’s hard to bring out a narrative voice.” Western art curators can run a relay race with their colleagues as the Renaissance department passes the torch to 19th-century French art, which then hands it over to modernism, he said, but there was no curatorial structure that would encourage African stories, he said. “This allows us to institutionalize those connections between Africa, Canada and the Caribbean.”

Jost gives Crooks all the credit for the idea of adding an African department, but the move also has precedents in the Canadian and Indigenous departments where curators have merged their work to insert Indigenous perspectives into mixed exhibits that are often thematic rather than chronological.

When it comes to African themes, you can see what such an approach might look like in museum’s first-floor photography galleries, where Hackett recently unveiled a survey of the 1960s and 70s. It’s intended as an overview and includes work by white photographers from the United States, Britain, France and Quebec, but it also leans heavily on the work of African and African-American artists. Here, a classic photo of 1960s rebellion by the French photographer Henri Cartier-Bresson faces a 1970 image of a modern young couple in an Ivory Coast dance club shot by the Ivorian photojournalist Paul Kodjo. It’s an intriguing cross-cultural juxtaposition. You can almost feel some rock melting.

Two immersive video installations you need to see at Toronto’s Power Plant and the AGO
Subscriber content
November 13, 2020 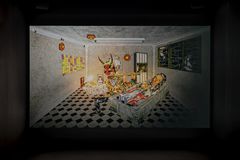 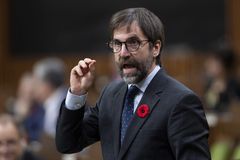 Toronto’s Stephen Bulger Gallery offers a slice of normal – with a side of weirdness – at mini art fair
Subscriber content
November 4, 2020 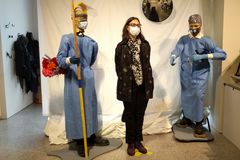