The Art Gallery of Ontario shipped a valuable piece of Nazi-looted art to a Jewish family in Britain under rules that allow museums to lend art back and forth but which don’t warn the federal government if an important piece of cultural property is about to leave the country permanently.

After the David family in London made a successful claim for restitution, Jan van Kessel’s painting Still Life with Flowers left Canada in November, 2020, under the AGO’s general export permit, an authorization allowing the museum to ship art that would routinely be approved for export with less paperwork. Under such a permit, federal officials would not have had the opportunity to seek an independent opinion as to the importance of the art before it left.

Canada has no special previsions for returning Holocaust-era loot under its rules controlling the export of cultural property and the AGO’s treatment of Still Life with Flowers as a routine shipment exposes that gap in the system.

The general permit would normally be used to return art that had been in Canada temporarily because it was borrowed for an exhibition. Yet in the unusual case of the van Kessel, which was returned to the heirs of the woman who had been forced to sell it in Nazi-occupied Belgium during the Second World War, the 17th-century flower painting had been in Canada since the 1950s and was leaving for good.

In a statement, the AGO said it used the general permit because the painting was not being sold and it filed the necessary paperwork with the Canada Border Services Agency (CBSA). However, specific permits, which do flag art for examination, are used not only for sales but also for some loans and in cases where collectors are moving art to foreign residences. All cultural property over values set by the government, including art that has been in Canada more than 35 years, needs an exit permit.

In contrast to the AGO’s approach, in 2013, when the Montreal Museum of Fine Arts returned The Duet, a 17th-century painting by the Dutch artist Gerrit van Honthorst, to a family in the United States, it applied for an export permit for that work specifically. Such requests are then sent by the CBSA to independent experts who are asked if the property is so important to Canadian heritage or otherwise outstanding that it should not be allowed to leave. In the case of the van Honthorst, the permit was initially refused on those grounds and only granted on appeal.

The rapid restitution of the AGO painting has been questioned by the Max Stern Art Restitution Project at Concordia University in Montreal because the estate of art dealer Max Stern may have a prior claim to the painting.

Information initially published by the Art Gallery of Ontario on its website said that Dagobert and Martha David bought the painting from the Galerie Stern in Duesseldorf in 1937. If this was the case, that sale would also be considered to have been made under duress: After four years of Nazi persecution, Mr. Stern was forced to close his gallery in 1937 and sold his stock before escaping Germany. The Stern project is dedicated to finding his art.

The reference to a 1937 sale was subsequently removed; the AGO says it was incorrect but has not provided further details about what the error entailed or how it was made.

In a statement, Anne Webber of the Commission for Looted Art in Europe (CLAE), which represented the David family, said the original information was “simple human error.” She said that the painting could not have been purchased at the Galerie Stern in 1937 because Mr. David, who was fired from his job as partner of a bank in 1933, was imprisoned by the Nazis in February, 1937.

She said family research shows the Davids’ paintings, many of which were acquired through Galerie Stern, were mainly bought in the 1920s, although there was also one purchase in 1934 and two in 1935. Both the CLAE and the Stern Project said there is no record of the van Kessel being purchased.

The restitution of the van Kessel has raised eyebrows in the Canadian art community because it happened unusually fast and because the provenance, or history of ownership, that is now published on the AGO website has large gaps, listing no owners before the Davids nor the date they acquired it.

“It’s not up to the standard you expect of these things. … It’s not fleshed out,” said Anke Kausch, a provenance researcher in Ottawa who worked on the van Honthorst. The AGO has said it acted quickly because the last surviving member of the David family’s wartime generation is 95 years old.

However, critics of the case say that such personal considerations have to be weighed against painstaking research.

“I don’t think because the family member is old is a reason to go fast. It’s subjective,” said Lisa Baillargeon, managing director of the Heritage Institute at UQAM’s School of Management in Montreal.

Ms. Baillargeon, a specialist in non-profit governance and cultural property control, said the export should have been flagged at the federal level so that the Canadian Cultural Property Export Review Board and Minister of Canadian Heritage Steven Guilbeault knew what the AGO was proposing.

AGO returns painting to family but Holocaust restitution group says it may have gone to wrong heirs
Subscriber content
January 15, 2021 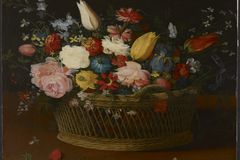 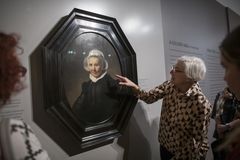 Suspect arrested in Yorkville gallery break-in
April 21, 2011
Follow Kate Taylor on Twitter @thatkatetaylor
Report an error Editorial code of conduct
Due to technical reasons, we have temporarily removed commenting from our articles. We hope to have this fixed soon. Thank you for your patience. If you are looking to give feedback on our new site, please send it along to feedback@globeandmail.com. If you want to write a letter to the editor, please forward to letters@globeandmail.com.
Comments