A leading Canadian organization devoted to recovering Nazi plunder is questioning the Art Gallery of Ontario’s decision to return a 17th-century flower painting to a family in Britain.

Approached by a London-based group seeking art lost to the Holocaust, Toronto’s AGO responded promptly last year and within nine months had handed over the 1660 Flemish Still Life with Flowers. Today, the Max Stern Art Restitution Project at Concordia University in Montreal is calling for more transparency about the unusually fast restitution, saying the AGO may have returned the painting to the wrong heirs.

“It’s really confusing. … What are the facts? We haven’t received any clear explanation from anyone at the AGO,” said Clarence Epstein, director of the project, which is a beneficiary of the Stern estate. The organization may have its own claim to the painting, but was not contacted before the restitution took place.

The AGO, however, says it reviewed the file carefully and acted quickly to reunite the painting with the elderly daughter of its original owners. “We found it to be a strong claim,” said AGO chief curator Julian Cox. He added there are often competing claims for looted art and that separate organizations may act together in these cases, or as rivals.

The painting in question, showing a basket of colourful flowers and attributed to the Flemish artist Jan van Kessel the Elder, was donated to the AGO in 1995 by Ottawa collector Henry Davis, who had bought it in the 1950s. At that time, the painting was still attributed to Kessel’s more famous grandfather, Jan Brueghel the Elder.

It left Canada on Nov. 11, 2020: The non-profit Commission for Looted Art in Europe (CLAE) convinced the AGO that Still Life with Flowers had been the property of the David family, who had been forced to sell it under duress during the German occupation of Belgium. Restitution claims usually take years of research and negotiation to settle, but the AGO wanted the 95-year-old single surviving member of the Davids’ wartime generation to receive an artwork she recalls hanging in the family home.

However, public information about the restitution rang alarm bells with Mr. Epstein because it suggested the painting may have been sold, also under duress, by the Galerie Stern in Dusseldorf, the business that art dealer Max Stern was forced to liquidate in 1937.

The Dusseldorf banker Dagobert David was an art collector and a regular client of Mr. Stern’s. In 1937, as the Nazis purged Jews from professional posts, Mr. David was arrested on trumped-up charges and died in Nazi custody. In 1939, his wife, Martha, escaped to Brussels where she sold off their Old Master paintings to survive, including Still Life with Flowers.

She went into hiding during the Nazi occupation of Belgium, but was arrested in 1944 and interned in a Belgian transit camp. She survived and joined her children in London after the war. Her descendants have made several successful restitution claims for some the paintings that she was forced to sell in Brussels.

The initial information provided by the CLAE and posted on the AGO website said that the Davids had purchased Still Life with Flowers from the Galerie Stern in Dusseldorf in 1937 – information that immediately caught Mr. Epstein’s attention.

The Max Stern Project, named for the Montreal art dealer who spent his first two years in Canada interned as an enemy alien, is dedicated to finding the art that belonged to the Galerie Stern before the war. (Concordia, along with McGill University and the Hebrew University of Jerusalem are the principal heirs to the Stern estate.)

As a Jewish business owner, Mr. Stern was under pressure from the Nazis from 1933 on and was finally forced to close his gallery in 1937, liquidating his stock of more than 200 paintings. He left for Britain, where he was interned by the British who then transferred him to Canada. He settled in Montreal after his release in 1941. Meanwhile, his personal art collection was seized by the Nazis.

If he sold the Davids a painting in Dusseldorf in 1937, it would have been a fire sale and the Stern Project’s claim could be expected to supersede that of the Davids based on principles established under German law covering wartime property.

“[1937] was the most problematic year in the history of the gallery in terms of Nazi coercion and pressure,” Mr. Epstein said.

The information that Still Life with Flowers was purchased at the Galerie Stern in 1937 appeared on the AGO website in November, but Mr. Cox said the gallery changed the painting’s provenance – the all-important history of who bought and sold it – in December after it received more information from the CLAE once the painting had left Canada. (Today, the painting would be worth several hundred thousand dollars to judge from recent auction records.)

Mr. Cox declined to explain the deletion of the Stern reference and referred all questions about it to the CLAE. Anne Webber, co-chair of that organization, did not respond to multiple requests for an interview this week, although her name is listed on the AGO’s press release about the restitution. She represents the current descendants of the David family, who wish to remain anonymous.

“We have every confidence that the work of art was owned by the David family. The Galerie Stern may have had prior ownership but there is no documentary evidence to prove that,” Mr. Cox said.

But Mr. Epstein, who was not previously aware of the painting’s existence, wonders why he was not contacted earlier about a possible restitution if the AGO and Ms. Webber believed it had been sold by the Galerie Stern. And he thinks they should explain why they subsequently removed that information.

Mr. Epstein is skeptical of their dismissals, noting that just after the AGO issued its November press release, Ms. Webber sent him an e-mail proudly announcing to him the return of an art work sold by Mr. Stern.

“I wasn’t sure if it was cynical or complimentary,” he said. 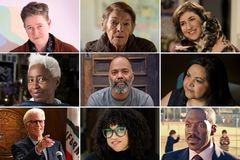 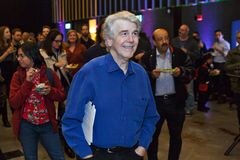