The Art Gallery of Ontario is asking the public to help bring an Infinity Mirror Room by Yayoi Kusama to Toronto permanently. Leveraging the popularity of its recent exhibition devoted to the Japanese artist, the gallery is launching a crowdfunding campaign on Thursday to buy one of Kusama’s mirrored installations for $2-million.

The 89-year-old Kusama was the subject of a well-attended exhibition at the gallery last spring; it included several of the works that have become social-media hits as visitors post photos of themselves in the seemingly infinite spaces created inside mirrored interiors.

The gallery is now counting on that success to raise money to buy a similar piece. The AGO Foundation is contributing $1-million to the price of this new art work, and the public is being asked to come up with the other half, plus $300,000 for moving and installing it.

“We are really optimistic about the goal,” said AGO director Stephan Jost. “We went out on a limb a little bit, but not really: Let’s buy a major work by the most famous living artist isn’t really a risk.”

People can give as much or as little as they want toward the $1.3-million goal but for $25, a donor will be able to see the work before it goes on public view. The AGO, which is organizing the 30-day campaign itself without using the usual online-fundraising platforms, will be reaching out via social media. In fact, the gallery has a list of the 165,000 people who bought tickets for the March- to-May run of Yayoi Kusama: Infinity Mirrors. A third of that list would need to give $25 to hit the target. However, Jost said he expects many donors to contribute sums as large as $1,000 or more in a campaign that is expected to engage thousands.

The last time the AGO asked the public to buy an art work collectively was in the 1950s, when it acquired Christ Washing His Disciples’ Feet by the 16th-century Venetian artist Tintoretto for $85,000 – asking donors to buy one-inch squares for $10 each.

“People will say, ‘My grandmother bought that painting,’ " Jost said. “It changes your emotional relationship with the artist and with the AGO.”

Subscription campaigns were one way that 19th and early 20th-century museums bought art – and were standard practice for erecting public statues of worthy citizens – but they became less common as professional fundraising, government grants and tax credits took over. Today, as social media makes crowdfunding easier, some museums are reviving the practice, although mainly for short-term goals: The Kickstarter platform is filled with smaller art institutions fundraising for special exhibitions or minor works. The AGO’s will be the first large-scale crowd-funding campaign for a Canadian art museum.

The opportunity to purchase an Infinity Mirror Room arose because of the relationship established between AGO staff and the artist’s studio during preparations for the exhibition; Jost has a policy of trying to acquire works after major shows, and the artist was willing.

“She’s elderly. She doesn’t make much. How they are placed is important to her,” he said, adding the installation will be the single most expensive work the AGO has acquired in more than a decade.

Kusama makes her installations as multiples, issuing them in sets of four from which she sells three copies and retains one artist’s proof. The AGO will reveal what this new work looks like as the money is raised. Fundraising starts immediately. 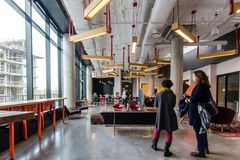 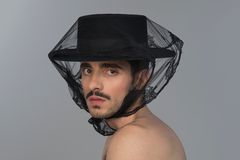 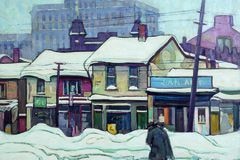