The housing crisis and the climate crisis have caught the attention of the major parties in this federal campaign.

One policy solution would address both challenges at the same time: Letting more people live in dense urban neighbourhoods. Here, many jobs are close by and daily errands don’t require a car. If people reduce or eliminate their car commutes, if they live in apartments rather than detached houses, their emissions will fall.

The pattern is very clear across North America, where city residents consistently generate fewer emissions. One American study suggested that doubling urban density brings down carbon dioxide emissions by 48 per cent for travel and 35 per cent for residential use.

Yet we are doing the opposite. The bulk of Canadians live in car-oriented suburbs, and the fastest-growing cities in the country – Toronto, Calgary, Vancouver – continue to build more in their suburbs than nearer to their urban cores. Montreal’s suburbs are growing while the city’s population stagnates.

This isn’t entirely an accident. Provincial governments, to a degree, shape how cities are allowed to grow, says Phil Pothen, a land-use planner who is Ontario environment program manager at Environmental Defence. Mr. Pothen points out that in the Toronto region, Ontario’s provincial Growth Plan is sending 80 per cent of new residents and jobs into car-oriented suburbs.

Of a projected 3.5 million new people by 2051, only 700,000 are directed into the City of Toronto. And yet, Mr. Pothen argues, if the goal is to add new people in places that support walking, cycling and public transit, Toronto neighbourhoods have most of the “low-hanging fruit.”

“The demand to live there” – in walkable neighbourhoods – “is much higher than what we are planning for,” Mr. Pothen says, citing survey data and high prices. “And yet the vast majority of people end up settling in neighbourhoods where they simply can’t get by without a car.”

As climate disasters come to museums’ doorsteps, curators decide what to save or leave

The local details vary, but the situation is similar in major cities. And so is the big problem: To build housing in existing cities is politically difficult. Over the past 40 years, North American cities have mostly grown by expanding outward. At the same time, the politics of planning have changed to give local groups much stronger ability to push back against change. Anti-development politics, often characterized with the phrase NIMBY, or “not in my backyard,” are very powerful.

They make it especially hard to create the ideal form of architecture for a climate-friendly city: middle-density housing, which can be built more efficiently and less carbon-intensively, using predominantly wood for its structure rather than concrete. This so-called “gentle density” can incur huge political pushback while delivering few homes.

That dynamic will not change overnight. But arguments about the climate could help shift it. Look to California. There, the effects of climate change are being felt in the form of droughts and wildfires; and pro-housing advocates have made the link between the state’s acute housing shortage and longer commutes. “As cities that are job centres make it hard or impossible to build housing … people who are priced out move further away, resulting in sprawl that covers up farmland and open space, clogs freeways and increases greenhouse gas emissions,” the state senator Scott Wiener wrote in a New York Times op-ed.

In theory, this should be popular. Most of us understand, at some level, that it’s undesirable to pave over green space and agricultural land for new housing and roads. Such development also generates emissions.

Among the major party platforms, the Liberals are gesturing most clearly in this direction. They’ve proposed a “Housing Accelerator Fund” that will send dollars to cities that approve more housing more quickly, and those that “encourage transit-oriented development.” The Conservatives have a plank to tie transit funding to higher density. And the NDP promise to build large quantities of much-needed social housing.

But where? Building urban housing is relentlessly difficult. And yet it is a necessary part of a robust climate strategy. 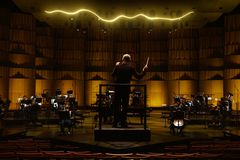 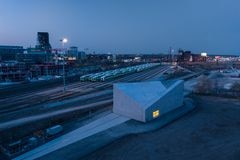 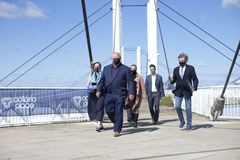