Do architects have the power to make great buildings and better cities? As I speak to design professionals in Canada, the answer I hear is no. When it comes to the bulk of what we’re building – especially housing – they simply don’t have the influence.

Alison Brooks is different. The Canadian expat, based in London, won’t have any of that pessimism. “As architects, we have a certain responsibility,” she told me recently. “If the profession that’s responsible for delivering buildings – and should also be delivering joy and beauty – won’t stand up for quality design, then who will?”

Her career of three decades in Britain suggests a lesson for design professionals: That fighting for the ideal building and city is their job, and sometimes they can even win.

Brooks is about to open a new building, the Cohen Quadrangle, at Exeter College in Oxford, and is working on a major Vancouver housing project for the developers Rize.

So far, her buildings are respectful of traditional urban design, sensitive to the city around them and are both beautiful and inventive. Brooks aims to pursue all of these values at the same time. During a recent April 12 talk at the Architect@Work conference in Toronto, she summarized her values in four words: authenticity, generosity, civicness and beauty.

That creates particularly compelling results in the field of housing. That type of building is Brooks’s specialty and her firm has won all three of Britain’s top architecture awards for such work. Brooks presented some of her firm’s residential projects, which suggest how contemporary apartments – both for market housing and for social housing – can be humane, sensitive to their contexts and beautiful.

Take Ely Court, a series of residential buildings that are part of the rebuilding of a postwar public housing estate in northwest London. Brooks’s team designed three four-storey blocks, containing 43 homes, as part of a larger rebuilding of the South Kilburn Estate that’s being run and owned by the local municipality. Originally this area was brick row houses, built by developers in the 1860s, and those blocks were torn up, beginning in the 1950s, for a complex arrangement of mostly mid-rise and high-rise apartments.

Brooks’s work, in some respects, goes back to the 19th century. “The Victorians were excellent urban designers,” she says, and accordingly her three buildings rebuild the Victorian street grid, adding a new lane and street and facing squarely against those public ways.

The architectural language is friendly to its older neighbours: Brooks has chosen a warm, light-brown brick that harmonizes with the London stock brick around it. And at four storeys, her buildings are similar to the older three-storey terraces; they also extend two-storey porticos out toward the street, and place balconies recessed within the face of the building, adding an attractively varied texture.

On the other hand, there’s no effort here to mimic the details or even the precise forms of Victorian housing. These buildings are square, largely without ornament and they have the odd diagonal corners carved out for a bit of formal poetry. There’s nothing faux-old about this: It is unapologetically 21st-century architecture that recognizes the past.

“When you design a residential project, you’re designing a neighbourhood,” Brooks says. “How do you create a sense of diversity and an organic quality to that area? We think about it as city-building first and the buildings – particularly housing architecture – are devices that create civic space.”

Of course Brooks is doing most of her work in the context of London, which boasts a wealth of architectural and urban history – and where responding to that history is both expected and required. “There are experts in planning and conservation and there’s an expectation of living up to the historic context,” Brooks says.

And yet Brooks is, and remains, Canadian, which perhaps explains some of her social bent. “It’s a bit strange, because I’m from North America, which is not known for high-quality housing,” Brooks said. “But in London I’m one of the strongest advocates for that subject.”

Raised in Welland and Guelph, Ont., Brooks attended architecture school at the University of Waterloo. After graduation she moved directly to London, joining a group of fellow 1987 and 1988 Waterloo graduates in search of opportunity. “I went on a two-year working holiday and never came back,” she says with a smile.

Among her cohort was her partner, architect and engineer Charles Walker, who is a director at the Zaha Hadid Architects. (Other very distinguished Canadians among their generation in London are the McGill graduate Adam Caruso, and University of Toronto graduate Jamie Fobert, who recently completed a remarkable new gallery space for the Tate St. Ives.)

For her part, Brooks initially found her niche working alongside the trouble-making artist-architect Ron Arad. “His approach – which was really irreverent toward the architecture world – was valuable,” she recalls. “I’m very much about space, and Ron is about the object. We had a symbiotic relationship in that sense.”

Brooks has dabbled in object-making herself. In 2016 she designed the Smile, a 34-metre long pavilion made of engineered wood that was shaped like, yes, a smile. It was a hit, much Instagrammed.

But there is a strong element of social responsibility in what she does. Ely Court is a case in point. London’s “estate regeneration” projects are architecturally complex and politically loaded: They are undoing the physical manifestations of the postwar welfare state and they generally include public-private partnerships which, as The Guardian’s Oliver Wainwright has reported, are often stacked in favour of developers. Here, too, Brooks has a point to make: She isn’t playing that game. The Ely Court project, unlike other similar projects, is owned and operated by the local Brent council. “There’s a real benefit in having a client who is committed to the long term,” she says. “You’re able to make the right choices.”

And doing the right thing – choosing quality materials, designing proper details, creating a neighbourhood that works for each resident – is the thread other architects should follow. “We’re on the front lines of urbanization, one of the critical issues of the century,” Brooks says of her profession. “If we don’t use our authority, we will lose it. We should be defending human values for the common good.” 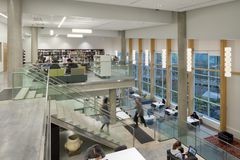 M.S. Rau Antiques in New Orleans is home to the opulent, the rare and the extraordinary
April 27, 2018 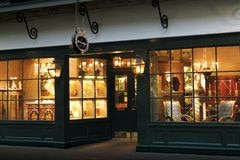 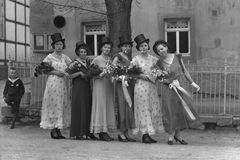