One of the most important private collections of modern art in Canada is being dispersed at international auctions this month – most of it produced just a few years too recently to be caught in the net of federal rules designed to keep cultural property in the county.

Art from the estate of Arnold and Blema Steinberg of Montreal, including two works by U.S. abstractionist Mark Rothko that are valued in the tens of millions, will be sold at a series of sales in New York starting May 14. Sotheby’s auction house is billing the art as the most important collection of colour-field painting ever to come to auction. Meanwhile, the estate is also selling off Canadian art, including two million-dollar paintings by Jean-Paul Riopelle, that will be offered at a Toronto auction May 29.

Sotheby’s says the paintings in the $50-million New York sale had all the permits they needed to tour internationally for previews and now to be sold abroad, but the dispersal of such a significant Canadian collection is likely to revive debate about how much power the government should have to keep important art in the country.

In 2013, the ARTNews magazine put the Steinbergs on a list of the world’s 200 most important art collectors. (Only four other Canadian individuals or families were named, all based in Toronto. They were philanthropists Joey and Toby Tanenbaum, independent curator Ydessa Hendeles, real estate developers Steven and Michael Latner, and Thomson Reuters chairman David Thomson, whose family’s holding company owns The Globe and Mail.)

Arnold Steinberg was the chief financial officer of his family’s grocery business, an investment executive and the chancellor of McGill University from 2009 to 2014 before he died at age 82 in 2015. Blema was a professor of political science at McGill and a psychoanalyst. She died in 2017, only 13 months after her husband.

The Steinbergs were noted philanthropists and might have been expected to donate their collection to the museums to which they had already given art, including Montreal’s Musée d’art contemporain and the Leonard and Bina Ellen Art Gallery at Concordia University, or McGill University, to which they had often made loans of art works.

Foreign art can be nationally important to Canada and blocked from export, Federal Court of Appeal rules

Why was this painting deemed too precious to sell abroad? Unravelling the bureaucracy of Canada’s art-export rules

Last year, however, their son Adam Steinberg died suddenly at the age of 51 and before he could resolve the fate of the art. That has left the remaining family members, all now living in New York, to settle three estates.

A family representative, granted anonymity because of security concerns associated with the sale’s high values, said the executors decided that selling the pieces in a strong art market and donating the proceeds to the Steinberg’s philanthropic projects would have the biggest charitable impact. Money from the sales will go toward the Steinberg Centre for Simulation and Interactive Learning, which educates health-care professionals at McGill, as well as other scholarships and programs at the university.

In New York, the liquidation begins on May 14 at Sotheby’s sale of impressionist and modern art with a bronze bust by Alberto Giacometti, dating to 1959-60 and estimated to fetch between US$3.5-million and US$4.5-million. That sale also includes a drawing by Henri Matisse and another by Pablo Picasso from the estate.

But the real gems will go on the block two days later in a sale of contemporary art. The estate has consigned two paintings on paper created by Rothko in 1969 that together are expected to fetch as much US$22-million. Untitled (Red and Burgundy Over Blue) is estimated at US$9-million to US$12-million. Untitled (Red on Red) is estimated at US$7-million to US$10-million. (These prices do not include the buyer’s premium – 13.9 per cent on hammer prices over US$4-million.)

Because the Rothkos and the Giacometti only turn 50 this year, these major works can leave the country without any delay under a Canadian law that blocks the export of important art works that are older than 50 years and have been in Canada for 35 years or more.

The sales coincide with a controversy in the Canadian art community about whether the government should be able to stop collectors from exporting significant works of foreign art. Asked about the collection’s dispersal, Daniel Savoie, a spokesperson for the Department of Canadian Heritage, which oversees cultural exports, said the government cannot discuss specific cases but pointed to the 50 year/35 year regulations.

This system came under review last year when a Federal Court judge ruled that a painting by the 19th-century French artist Gustave Caillebotte should not be blocked because foreign art could not be considered central to Canada’s cultural heritage. That decision was overturned by the Federal Court of Appeal last month to the relief of the museum community but the disappointment of Heffel, which has sold the Caillebotte to a British dealer.

The contemporary art sale also features works from the 1970s by Robert Motherwell, Helen Frankenthaler, Kenneth Noland, Agnes Martin and Adolph Gottlieb. In total, Sotheby’s is offering more than 100 works from the Steinbergs’ collection including a selection of Qing Dynasty ceramics that will be featured in a September sale of Chinese art. (These historic works were only acquired by the Steinbergs in the 2000s.)

Meanwhile, Heffel Fine Art Auction House will be holding a Toronto sale of the couple’s Canadian art, including the two Riopelles, Carnaval II and Incandescence, estimated at $1.5-million to $2.5-million each, and strong examples of Quebec abstractionists Paul-Émile Borduas, Guido Molinari and Claude Toussignant. The 10 paintings for sale are estimated to be worth between $3.6-million and $6-million in total. Heffel is also selling 44 less expensive lots from the estate in online auctions this month, including art by Riopelle, Betty Goodwin, Yves Gaucher and Michael Snow.

The Steinbergs had been acquiring Canadian art since the 1960s and American art since the 1970s, but some of their important U.S. purchases date to the 1980s or later. In the Canadian sale, the Riopelles date to 1953. If they are sold to collectors outside Canada, those buyers would need to apply for an export permit.

Canada has used such export controls to build public collections of international art. If the government deems that a historic work that has been in Canada more than 35 years is of “national importance” it can delay its export, giving museums time and grant money to help them acquire it. (If no museum is interested, the export permit is granted.)

These export controls, plus generous tax credits for donations, encourage Canadian collectors to donate rather than sell. 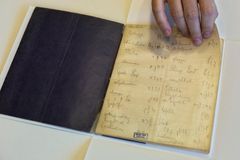 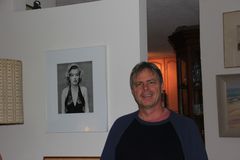