There are so many wonderful and inspiring works of art, but in these turbulent times, laughter might be the best medicine. I have always enjoyed Honoré Daumier’s political caricatures, particularly his terracotta sculptures. His acerbic wit and ability to render a recognizable character with a specific temperament was brilliant and hilarious. Looking at these pieces today, one can really sense the personality and essence of each individual. It is comforting, and even profound, that humour is a constant that transcends eras.

If I am looking for comfort in an image, I need only turn to the great 20th-century still-life painter, Giorgio Morandi. I’m hesitant to select a single image – almost pointless, really – since most of his paintings are pretty much the same thing. He spent his life painting the same jumble of cans and bottles and bowls over and over again. Variation upon variation. The best of them radiate a quality of calm and solemnity that whispers, with absolute conviction, that there is a kind of heaven on earth and it is found in the serenity of mundane everyday reality.

I have a long-held fascination with ukiyo-e prints from the Edo period in Japan. Associated with the Floating World of the entertainment district of Yoshiwara, the images depict the fleeting nature of life. Jeff Wall’s A Sudden Gust of Wind, one of my favourite photographs, is inspired by another of my favourite works, namely, Sunshū Ejiri by the master printmaker Katsushika Hokusai. I have always liked to imagine what is written on those pages that are blowing away in the wind. In both works, there is a pleasure in melancholy; these images conjure the beauty in longing for things now lost.

I am inspired by all of Gauri Gill’s art and advocacy work, but in relation to what is happening around us now, I am thinking again of her affirming and slightly jarring photo series, Acts of Appearance. It was made in a years’ long collaboration with artisans (mask makers) and other members of an Adivasi community in Maharashtra, India. The images convey an incredible clear-eyed approach to both the social realities of her subjects and her relationship with them, but also the small possibilities of being together differently, with compassion and humour and play.

When I think about artwork I turn to for solace in difficult times, I would have to say just about anything by Martin Puryear. Deliciously poetic, politically acute, and exquisitely crafted, his sculptural forms embody a deep understanding of humanity. Ladder for Booker T. Washington, which hangs in the collection of the Modern Art Museum of Fort Worth in Texas, is a striking piece. This work simultaneously delineates and transcends suffering, and speaks volumes to me about the universal nature of aspiration and hope.

I took my son to New York to see The Starry Night (1889) by Vincent Van Gogh and I realized how painful the painting is to experience and why I love it so much: not for reasons of solace but for reasons of pain.

One of the most beautiful and painful works of art (if it can be considered a work of art) is the untitled monument to Chief Tecumseh that has for many years been a permanent fixture beside Brock’s Monument (1856) in Queenston Heights near Niagara Falls, Ont. I just checked on Google Street View and it is still there, comprised of bound-up twigs, twine, and ribbons. Major General Sir Isaac Brock stands atop a mighty column while his ally Chief Tecumseh is omitted from any official commemoration. The makeshift character and modest scale of the monument to Chief Tecumseh emotionally swamps Brock’s Monument, speaking truth to power about Canada in ways that most Canadians fail to recognize.

When I first saw Michelangelo’s David at the Galleria dell’Accademia in Florence, I was mesmerized. The mastery of Michelangelo’s sculpting was unquestionable, but there was something else I could not put my finger on that made the sculpture so visually uncanny.

It wasn’t until 1993 when I went to Carrara, Italy, to photograph the quarries there that I learned the quality of this unique marble. Marble is a product of ancient crustacean sea life left behind by the oceans, subjected to great pressure and heat hundreds of millions of years ago. The specific marble that Michelangelo chiselled is called statuario. It’s the finest found in the Apuan Alps in Tuscany and is one of the major white marbles in the world. Its translucency drew sculptors for its ability to mimic that of human skin; where the light hits David, not all of it reflects directly back to your eyes, some of it continues its journey deeper into the sculpture and is refracted, to create a glowing effect.

Michelangelo’s David is beautifully sculpted, but I also love that it tells one of the greatest underdog stories. David seems to be at a moment of resolve, leaving his internal existential dilemma of fight-or-flight as he prepares to battle the giant Goliath before him.

Forty days, forty delights: How we used memes, games and challenges to pass the first weeks of coronavirus isolation
April 29, 2020 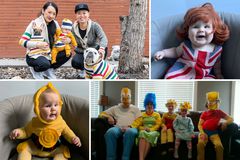 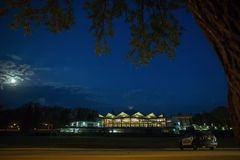