In her midtown Toronto office, Mia Nielsen, the new director of the Art Toronto fair, is trying to think of another term for “booth.”

“Maybe we should just start calling them ‘dedicated exhibition spaces.’ Booth, it’s not a great word,” she says with a laugh, reflecting on the inevitable tension between avant-garde culture and big-buck commerce that is at the heart of an art fair.

If anyone can straddle that divide, it should be Nielsen, who takes over as director of the fair just as it celebrates its 20th year in Toronto. She was previously curator of exhibitions and director of events at the Drake Hotel, where she earned a reputation for shows that were both significant and accessible, helping a commercial venue build its status as a cultural hub. Art Toronto, which opens Thursday evening with a fundraiser for the Art Gallery of Ontario and continues through the weekend, is broadly curated by Nielsen and juried by a committee that selects which galleries will participate, but it’s also a place where 20,000 visitors come not just to see art, but to buy it.

“Through an art fair you have an immediate entry point to all kinds of different art scenes,” Nielsen said. “For a lot of people, [commercial] galleries are still intimidating, this kind of sacred space. For the average person wanting to live with art spending every weekend going to galleries is a daunting experience. … Art fairs are a brilliant way to test the waters, figure out as a viewer what interests you.”

So, for one quick weekend, the art fair offers a shortcut to contemporary art collecting: all the stuff in one place, browsing expected and buying a definite possibility.

“People are more interested in visual culture than in decades past and an art fair is an extension of that, but it creates the possibility of acquisition,” she said. “You can see something and bring something home. You can connect in a way you don’t with other kinds of cultural experiences.”

Indeed, that is why participating in the fair is a must for commercial galleries in Canada.

Founded by Linel and Ella Rebenchuk in Vancouver and moved to Toronto in 2000, Art Toronto attracted top Canadian dealers from the start; six of the original exhibitors will be there again this year, including Christopher Cutts, Miriam Shiell, Odon Wagner and Jane Corkin – all from Toronto – and Michael Gibson of London, Ont.

The exhibitor list includes a handful of international galleries, and curator Joao Ribas is organizing the Focus section, this year dedicated to Portugal. He’s set to demolish stereotypes of that country as a traditional culture, including in his selection Walk & Talk, a gallery in the Azores with a reputation for large-scale public interventions.

Still, most of the approximately 100 commercial and public galleries that participate come from Canada. Nielsen notes with pride that while many art fairs are metropolitan events providing an overlook on a single city’s art scene, Art Toronto is more of a national gathering that summarizes the whole Canadian community. This year, for example, as well as numerous Toronto galleries, the participating commercial dealers include Vancouver’s Catriona Jeffries and Calgary’s TrépanierBaer, Slate Fine Art from Regina, many Montreal exhibitors including René Blouin and Parisian Laundry, Studio 21 of Halifax and Christina Parker from St. John’s.

Part of Nielsen’s job is to make sure this does not merely produce a long parade of booths filled mainly with painting, drawing and photography. For the first time, this year, visitors will be greeted by five public installations as they enter the Metro Toronto Convention Centre before they have to buy an admission ticket – Nielsen wants to strengthen the fair’s commitment to public art – and then 10 more installations on the show floor. These include a life-size car made of collapsing textiles by Quebec artist Jannick Deslauriers, as well as Toronto artist Laura Moore’s hand-carved limestone sculptures of old computer monitors. Nielsen is keen to give younger artists such as these the opportunity to show monumental work. She is also trying to figure out how the fair can include more VR, kinetic sculpture and ceramics, arguing that three-dimensional and time-based work is probably more representative of the contemporary moment than the two-dimensional.

Still, she promises: “There will always be booths.” 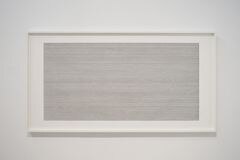 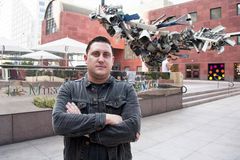 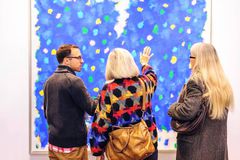