A conversation with the American photographer Carrie Mae Weems inevitably turns to a question about the Trump presidency and the rise of white-supremacist rhetoric. Her answer is surprisingly upbeat.

“His presence has unleashed something, has given white supremacists a sense of right and authority that they didn’t have for a very long time,” she said in a phone interview from her home in Syracuse, N.Y. “To that extent, I think it is a fascinating moment because it really underscores for me what we are up against. … Everybody can see it clearly for themselves.”

Her point is that Donald Trump’s rise has ripped the veil off racism – and, since her art has often addressed issues of race, identity and violence, that makes her job easier in a way: “The last few years I have not had to explain myself,” she said.

A survey of her recent work will headline Toronto’s Contact Photography Festival in May; it includes All the Boys, a series of photographs of black youths in hoodies that are out of focus or blocked out. The work was inspired by a particularly dark statistic reported in The Washington Post: Police shootings of unarmed black men declined after Barack Obama left office, perhaps confirming Weems’s suspicion that there had been a backlash of white violence against a black presidency. Her research for that project began with reading police incident reports on shootings, some of which are included in the final piece, describing what officers saw before they shot.

Weems has been addressing issues of black identity since the 1980s. One of her most widely recognized works is The Kitchen Table Series (1990), in which she and other family members posed for the camera in staged domestic scenes, a piece that emphatically records their quotidian humanity for the viewer, yet also asks them to assert themselves as subjects of the photograph.

The centrepiece of the five-part Contact survey, which marks Weems’s first solo show in Canada, is Heave, an installation with videos that will be shown at the Justina Barnicke Gallery at the University of Toronto. It’s a work about the impact of violence on our lives that broadens out to include a whole range of social issues as it invites viewers to participate. It is set up as mid-century-modern study or living room with photographs on the walls, bookshelves, a TV and a stereo, but all the media feature violence in some way, beginning with the social upheaval of the 1960s. Meanwhile, the viewer can choose to play Fortnite or another, very different video game created by designers who are grappling with violence in their medium.

The work asks viewers to empathize rather than flee. Said Weems: “I don’t really come to conclusions as such; I think it is more important to point towards what it is and how it impacts our lives – from domestic violence to domestic terror, from environmental disaster to animal extinction, political uprising, social unrest … the treatment of black men.

“I call it a sorrow song, just a kind of howling. It functions as lament.”

And yet Weems is also full of celebration – of a sort. Another prominent piece in this belated Canadian premiere features two giant images of Weems herself, seen from behind, posing as the grand heroine of some dramatic narrative. This series, titled Scenes and Take, is inspired by the social phenomenon of television shows such as How to Get Away with Murder and Scandal: Both feature extremely powerful black female protagonists, one a lawyer, the other a crisis-management consultant. (Viola Davis was the first black actress to ever win a Primetime Emmy for female lead in a dramatic series for the former.)

“They have marked a huge shift in television … in our understanding of the black subject in popular culture, not necessarily the object but the subject,” Weems said. “I thought I needed to mark that shift in some very particular way.”

In Scenes and Take, in which Weems poses in a long black dress on two actual sets from Scandal, the photographer/model evokes some old-style Hollywood glamour and places herself at the very centre of it. In effect, she is making the same assertion of self that she did back in the Kitchen Table days but where once the performance was domestic and intimate, it is now large-scale and highly public.

Riffing off the showbiz connection, Scenes and Take will be mounted on the exterior of the TIFF Bell Lightbox for the duration of the month-long Contact festival: Weems may be arriving in Toronto belatedly but nobody in the city will fail to see her.

The Scotiabank Contact Photography Festival runs May 1-31 at locations across Toronto; scotiabankcontactphoto.com. 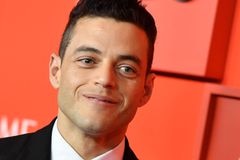 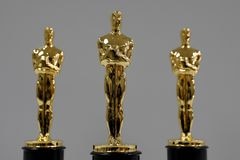 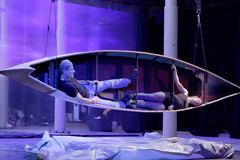