Design can make the world a better place. That’s the promise of the Margolese National Design for Living Prize, which relaunches this week with a $50,000 prize and a renewed mandate.

The award, from the University of British Columbia’s School of Architecture and Landscape Architecture (SALA), reflects a recent shift in the design professions toward political and social questions – one that the school is determined to push along.

SALA emphasizes “the tradition of the designer as activist – a concern with the environment and with social justice,” said Ron Kellett, the dean of SALA. “We’re looking for people who are using their design talents to do meaningful work.”

After a three-year hiatus, the Margolese relaunches next week at SALA’s Arthur Erickson Lecture. Speaking is the Vietnamese architect Vo Trong Nghia, whose practice has an emphasis on sustainability and social impact.

The prize is open to architects, landscape architects, planners, designers, engineers and those in related fields.

The lecture, and the pedagogy of the school, embody some of the same ideas the prize is meant to suggest. “We have an interdisciplinary view of the world,” Kellett said, “and we look for the connections between things.” And, he adds, “we don’t need a prize to reward beautifully made places. Other awards already do that.”

This is an important point. The major international prizes, particularly in architecture, favour expensive work by professionals of retirement age.

Meanwhile, young designers in the past dozen years have increasingly brought progressive politics to their work, and focused on questions such as social housing – reviving the spirit that animated modern architecture 50 years ago. This creates a tension when they hit the workplace. The professions of architecture and landscape architecture in Canada have less influence than they used to; many architects remain politically disengaged; and the professions are led predominantly by older white men.

The Margolese prize, then, has the potential to shape public conversation in important ways. But Kellett suggests it hasn’t always done so. “We were very concerned that it wasn’t achieving what we thought it could achieve,” Kellett said. “We weren’t getting the awareness of the prize even close to what we had expected; there were some years when we had to struggle to give away $50,000.”

Funded through a bequest from Vancouver developer Leonard Herbert Margolese, the prize has been awarded six times since 2012. Winners include the landscape architect Cornelia Hahn Oberlander in 2015 and the Idle No More leader Sylvia McAdam in 2016.

Both of those are entirely worthy of acclaim. But Oberlander is a giant in her field and was 94 years old when she won. She doesn’t need any more awards. McAdam, says Kellett, was a “dark horse” for the prize, without an obvious connection to design, but has done “really important work” in commissioning housing for Indigenous communities.

The most recent winner, Anne Cormier, is a leader of the architecture firm Atelier Big City (ABC) and teaches at the University of Montreal. She’s a fine example of a designer with a social conscience; ABC has long been committed to excellence in public architecture (such as the Notre-Dame-de-Grâce Cultural Centre) and to thoughtful social housing.

But she, too, is a well-known quantity. Who will succeed her? Who will lead the design professions forward to do work that is socially relevant? The winner will be chosen by an independent jury, but Kellett hopes that the award will go to an emerging professional. “It would be nice to recognize someone who is still pushing forward, to help them along their path,” he said. 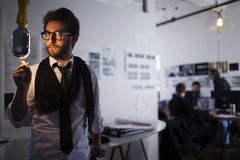 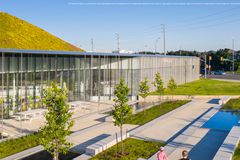 Opinion
The COVID city: Disease shaped architecture in the 20th century. Will that happen again?
Subscriber content
May 4, 2020 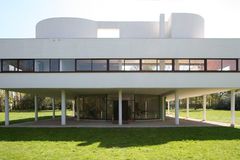