Amid the outrage enveloping the Trump administration, it is easy to forget how bad things were under George W. Bush. Donald Trump has yet to launch an unwinnable war under false pretenses – although, given his current chest-thumping, Trump might yet inflict on Iran what Bush did on Iraq.

Having gone further and fared worse in its choice of Republican presidents, the United States seems ready to rehabilitate Bush, who exited in ignominy in 2008 after the Iraq quagmire and the feeble federal response to Hurricane Katrina. You may have heard that Bush takes breaks from his active volunteer schedule by painting the family pets, that the Bush clan deeply disapproves of Trump or that Michelle Obama is best buds with her husband’s predecessor. In 2017, having published his defensive memoirs and moved from painting animals to humans, Bush released another image-softening bestseller: Portraits of Courage: A Commander in Chief’s Tribute to America’s Warriors, a coffee-table book of his paintings of former and current soldiers intended to benefit a veterans’ charity he chairs.

The paintings themselves are embarrassing, and the effect of the project is propagandistic, eliding U.S. battles in Afghanistan or Kuwait with those in Iraq and portraying the former U.S. president as an empathetic and grateful leader. So why are some of these portraits about to be unveiled at the Canadian War Museum of all places?

The War Museum, whose exhibits chart national military history and currently include one about the Canadian role in D-Day, is installing 51 of the paintings in a corridor this week and inviting the media and public to take a look.

What they will see, to judge from the book, is a series of undistinguished and often sloppy oil portraits, primarily of middle-aged white men. (There are two female veterans featured among 66 solo and group portraits in the book, and only a handful of the men are African-American or Hispanic.) Bush makes no claim to be anything but a hobbyist; both the book’s various prefaces and reviews it received in 2017 express surprise at how quickly and competently someone who had never painted took up a new craft. No doubt his dexterity is gratifying for him, but technically the paintings are a mess.

Bush adopts a familiar, broad-stroke modernist approach, rendering light and shadows on faces as swathes of colour. In the hands of the postimpressionists who pioneered this technique – look to the current Gauguin: Portraits show at the National Gallery of Canada for an example – it establishes a creative tension between a naturalistically depicted face and a flat, coloured surface. Used by amateurs, however, the technique can make a portrait look like a dog’s breakfast. Only in a very few of these otherwise patchy paintings – the portrait of Chris Goehner in various shades of red, the side-lit face of Zachariah Collett – does the artist achieve anything you might call style.

The work also fails thematically. The notion is that these “portraits of courage” reveal the soldiers’ sang-froid and dedication or bear witness to their wounds. That is, the project has some ambition toward psychological portraiture. If oil painting is a challenging art, revealing a personality through paint is an almost impossible one, a practice so thoroughly bypassed by photography that it takes unusual professional intuition and inventiveness to revive it. Look at the recently unveiled official portrait of Ms. Obama, showing her foreshortened at the top of a huge skirt, her skin painted not black but in grisaille style, as if to lift her outside history. Artist Amy Sherald is creating a modern-day icon here, purposely choosing to make the portrait more about the devotional image than the real character. In Bush’s book, each portrait is accompanied by a short text about the veteran, detailing their service as well its painful after-effects, and it is only through these texts that we know anything about these faces (the museum is adapting these texts for a Canadian audience.) No surprise that an amateur, painting from photographs rather than live sittings, can’t distinguish his subjects visually in any way.

So, the paintings fail as art. Whether they succeed as propaganda will depend on how receptive the viewer is to the message that all the warfare of the first decade of this century was a brave and necessary U.S. response to the terrorist attacks of 2001. As the citizen of a country that chose not to fight in Iraq because Canadian leaders rightly thought it a fool’s errand, I would mainly find the project irrelevant – if its arrival in Ottawa were not downright offensive. Usually, the War Museum strives to stand apart from Canadian politics, let alone American ones. Worse yet, the show is sponsored by Trump appointee Kelly Craft, the current U.S. ambassador to Canada, which only fortifies its partisan odour.

If you wanted to witness the work of Canada’s Afghanistan veterans, there are professional Canadian photographers who might rise to the challenge of telling portraiture. An American hobbyist’s mediocre political exercise has no place in the Canadian War Museum. 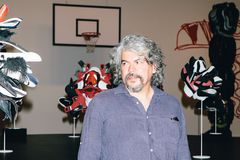 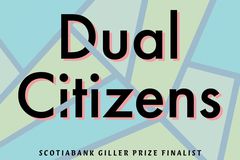 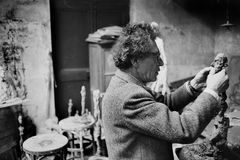