Tired of waiting for the government to get a national portrait gallery built, a group of citizens has banded together to advocate for a new Ottawa museum dedicated to portraiture and identity, but independent from federal control. The portrait gallery advisory board released a report Friday that resurrects an idea that’s been kicked around for more than 20 years. Instead of calling on government to create a national museum, the report describes how such an institution could be established as a public-private partnership and run as a non-profit with an independent board, in the same manner as most Canadian museums outside Ottawa.

“We are being ambitious here,” said Ottawa lawyer Lawson Hunter, who leads the high-powered advocacy group that includes arts professionals, business people, several Canadian senators and retired Supreme Court chief justice Beverley McLachlin. “We are basically saying to government, we don’t need you to create this institution, but we want your support.”

In 2001, the federal Liberals under prime minister Jean Chrétien announced that the former U.S. embassy building at 100 Wellington St., across from the Parliament buildings, would be the site of a national portrait gallery. The new museum was to house the extensive collection of portraiture held by Library and Archives Canada and was soon established as an entity online and given a director. However, the Conservatives cut the building project when they came to power and then merged the fledgling institution back into Library and Archives in 2009. The independent web presence and the name disappeared and the director was let go. In 2017, the Justin Trudeau Liberals quashed hopes that the gallery would be resurrected when they announced the embassy building would be home to a new Indigenous centre.

That idea remains in the early planning stages, with disagreements over how Indigenous groups might share the space, and the portrait-gallery group is not targeting the Wellington Street site. Still, the preliminary report prepared by museum consultants Lord Cultural Resources suggests that Ottawa is the right location for a portrait gallery, but it would need to work as a hub for programming spread across the county.

Despite the prestige and funding accorded to the national museums, the report concludes that it is better to proceed independently. As a cautionary tale, it points to the long delays in establishing the Canadian Museum for Human Rights, a national museum in Winnipeg. Also, while the gallery would expect to receive some government funding – along with loans of material from the Library and Archives collection – it would be easier to raise private money if the institution was not a federal institution reporting to a government ministry.

Advocates for the gallery stress that they are not looking to build a static display of historical portraits of famous citizens.

“There is a place for a gallery like this in Canada if it’s done the right way. It’s not a bunch of old white guys hanging on the wall,” said Robert Tombs, president of the Royal Canadian Academy of Arts, the artists’ honorary association that is lending its support to the plan. “We would be interested in a gallery with a strong curatorial mandate and a strong Indigenous component. … A kind of conservative, institutional approach is not what we need.”

Portrait galleries are well established and highly popular in many counties, including the United States, England, Scotland, Ireland, Australia, New Zealand, Sweden, the Netherlands, India and Russia. The report describes them as places more dedicated to storytelling than art appreciation.

It also traces their evolution from 19th- and 20th-century institutions filled with images of the privileged, famous or accomplished to 21st-century institutions that include portraits of ordinary people. Now such galleries are questioning the boundaries of portraiture by including video and even performance in their programming.

For her part, McLachlin values the educational aspect.

“I don’t see portrait galleries, particularly modern ones, as a collection of dry old people. These people, whether humble or great, have all sorts of stories and introduce all sorts of questions,” she said, adding that gallery would be appreciated by new Canadians and children, two groups that were eager visitors to the Supreme Court building on Wellington Street during her years there. “Whenever I visit London or Washington, a capital, the first place I go is a portrait gallery. It gives me a sense of the place and its history.” 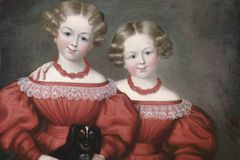 Wait. What happened to the national Portrait Gallery?
March 27, 2016 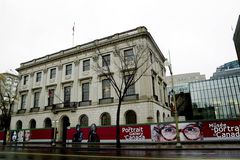