Biggest influence: “From travelling and visiting as many cities as I possibly can.”

City planning is often about big visions: shaping city blocks and transit routes and skylines. But Hamilton, Ont., planner Jason Thorne focuses his energy on small and intangible things – live music, street festivals, helping cyclists get around – that create a sense of place and pride.

And it’s working. Since 2013, Mr. Thorne, 45, has been the general manager of planning and economic development for the City of Hamilton, and in that time the city of about 500,000 has gone through a tremendous resurgence, particularly in its long-suffering historic downtown. Mr. Thorne’s leadership, and a city structure that breaks down silos, has helped this along in many ways.

“My job is incredibly diverse, and that’s exciting,” Mr. Thorne says. “Especially in a mid-sized city, you need to bring together a whole bunch of different parts if you’re going to do really effective city-building.”

For Mr. Thorne, that means drawing together community activists, artists, entrepreneurs and developers to drive the city forward. "If there is a secret to Hamilton’s success, it has been the work of these groups and individuals,” he says.

Mr. Thorne, who spent much of his career in the private sector and then worked for a provincial agency, has played a pivotal role in all that work, too. He’s overseeing a waterfront development including a design competition for a public park and a neighbourhood shaped by high-quality architecture. He’s also boosted the city’s music scene, and added a swath of heritage buildings to the city’s registry.

These different efforts fit together to advance the goal of making better places. Mr. Thorne has an unusually broad portfolio for a single civil official: land-use planning and economic development, but also tourism and culture, transportation, bylaw enforcement, business licensing and parking. In many cities, these activities are handled by separate staffs who may have incompatible goals. In Hamilton, they’re all part of the same department. As a result, “we’ve been able to move forward some really interesting initiatives that wouldn’t be possible if you had those functions in silos,” he says.

For example: efforts to amplify Hamilton’s status as a music city. “Building on that is a big part of our culture strategy,” Mr. Thorne said. Hamilton gave protected status to music venues in city plans, so they can’t get squeezed out by neighbours with noise complaints. The city also improved parking and loading at these venues: “We put together special loading zones around our music venues, and that was put together by our parking [staff],” he said.

There’s an important insight here: that the small stuff matters. Seemingly boring things such as parking policies can have a major effect on how people experience and see a place.

And if you want to change one aspect of urban life, it helps to think in a holistic way. Hamilton has bike share, a sort of program that’s a given in many forward-looking North American cities. But how do you add new cyclists? Under Mr. Thorne’s leadership, the city has started offering free memberships to new immigrants who live in Hamilton, welcoming people who may be new to urban cycling. And thanks to Mr. Thorne’s input, Hamilton’s transit authority offers cyclists free rides with their bikes up the steep escarpment that cuts through the city – through a program named “Mountain Climber.”

Mr. Thorne also championed a robust program of declaring heritage buildings, which are important to downtown Hamilton’s appeal. “When it comes to people and businesses who are relocating here, we often hear that Hamilton is a very authentic urban place, and there’s not many of those in this region,” Mr. Thorne said. “That comes from the historic urban fabric – so those older buildings become something that’s important to economic development.”

“A lot of it ties back to arts, culture and heritage.”

And yet, where heritage protection is often seen in opposition to new development, that’s emphatically not the case for Mr. Thorne and his colleagues. Downtown Hamilton is now seeing meaningful population growth and development, and the city has welcomed this with dramatic changes to its land-use policy. This year, a new plan for the downtown core added “very significant density increases,” Mr. Thorne says accurately, while also protecting heritage and affordable rental housing.

This would be very hard to accomplish, politically and policy-wise, in most other cities. As a result, if land developers bring forward a proposal in the right place, they can move ahead through a quick and straightforward process. This is how planning should work, but it usually doesn’t: In major Canadian cities, such policies are often artificially strict, giving city planners more power to negotiate in a “lengthy and laborious process,” as Mr. Thorne correctly argues. “We didn’t want to do that,” he said. "We don’t want to plan through laborious negotiation; we want to be upfront … and deal with the things that matter.”

And there are, Mr. Thorne adds, many of those. “You have to begin with a great plan and great planners,” he said. “But that’s only the beginning of building a great city.”

At 21, this aerospace engineering student, former refugee has created her first invention

How a Montreal researcher is helping the blind experience visual art

AGO to steer clear of controversy with judicious deaccessioning
Subscriber content
January 14, 2019 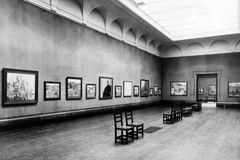 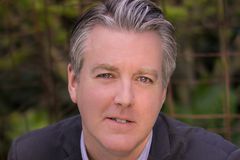 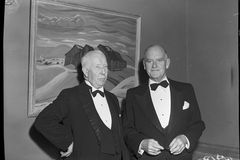