A court case has revealed publicly for the first time how dependent major galleries are on a special tax break to put new art on their walls.

Most galleries have small or nonexistent budgets to buy art outright, and they’ve grown to rely heavily on a special certification handed out by the Canadian Cultural Property Export Review Board to items it judges to be of national importance to Canada.

The owners of art that gets certified by the board are entitled to a tax break that is much more generous than what they would get from giving real estate or cash to museums – which is why this process has become the centrepiece of how galleries approach their communities for support in building their collections.

“Most of the galleries encourage this as the only option for donors,” said Malcolm Burrows, the head of philanthropic advising at Scotiatrust, a division of the Bank of Nova Scotia.

For galleries, he said, the tax break “is the acquisition budget they don't have.”

But the certification system has been disrupted by a precedent-setting court decision, which narrowed the rules for when a piece of art is deemed important to Canadian heritage, prompting a group of museums and galleries to jump into an appeal and open up their books to argue for a return to the status quo ante.

For example, the Art Gallery of Ontario said it spent $1.3-million of its “very limited” funds in 2017 to buy art. It received $327,000 worth of pieces as “straight” gifts, those without any extra tax break. And it added $38.9-million of works through the special certification process administered by CCPERB.

The same is true of many other big galleries: The Montreal Museum of Fine Arts bought $1.6-million of art in the last fiscal year, got another $1.4-million from regular donations and received $10.8-million of items through the special tax break. And at the Vancouver Art Gallery in 2016, $526,000 of art was purchased, $1.2-million was donated and $1.9-million had the special designation.

Smaller galleries are also voicing concern. “Having worked with donors, I consider it to be undeniable that tax deductions are the main incentive that the Beaverbrook Art Gallery can offer to convince the owners of the works to donate them as opposed to selling them on the international market,” Thomas Smart, the director of the Fredericton gallery, wrote in his court submission.

For donors, the tax break can be substantial. Mr. Burrows said that donors who give art under regular rules get a tax credit worth, at the highest tax rates, 50 cents for every dollar they give. But then the donors will have to pay a capital gains tax, which can reduce the value of the credit back down to just 25 cents on the dollar.

By contrast, those whose items are certified by the review board can claim a credit worth 50 per cent. They do not get penalized for art that has appreciated in value (the capital gain) and they can apply the credit to all of their income in a given year – and even carry forward the savings for the next five years.

CCPERB’s 2016-17 annual report says the board certified a total of $121-million worth of items that year. Of the nearly 500 applications they received, only 7 per cent were refused or deemed inadmissible. The program cost federal coffers an estimated $35-million in forgone tax revenue that year.

The bulk of items that get the tax break are fine art, but other cultural items are eligible for the credit, too. The Royal Ontario Museum said it received $1-million worth of objects in its 2016-17 under the special tax program, including 18th-century European ceramics and an Aztec stone disc.

In an affidavit submitted to the courts, AGO director Stephan Jost says his gallery might never have received some of its most “critically important” items if not for the old rules, such as the 17th century Peter Paul Rubens painting Massacre of the Innocents, which was given to the AGO by Ken Thomson in 2002. It had been bought for $117-million at a London auction months earlier.

Galleries and museums took the extraordinary step of jumping into the court battle because they are concerned that some of these fundraising tools are going to be taken away. The Canadian Art Museum Directors Organization is organizing the intervention.

CCPERB has two main duties: administering the tax break and reviewing cases where the owner of valuable cultural property has been blocked by the Canada Border Services Agency from taking it out of the country.

Both duties require the members of CCPERB to make a judgment about whether an item is of outstanding significance and national importance. The same test is used for both exports and for tax credits because, the review board says, the tax break provides art owners a financial benefit that might balance a loss they could experience by being limited on how they sell art on the international market.

In June, the Federal Court ruled for the first time ever on how the board conducted itself when reviewing export permits. In Heffel Gallery Ltd. v. Attorney-General of Canada, Justice Michael Manson said that the review board was too broad in interpreting whether a piece of art was important to Canada’s national heritage. In particular, Justice Manson wrote, an item had to be demonstrably linked to Canada’s specific culture to be blocked from export – just being in Canada, as was the case for the French Impressionist painting that was the subject of the dispute, was not by itself a reason for something to be deemed important to the nation’s heritage.

Heffel told The Globe and Mail it had no comment on the museums’ arguments. 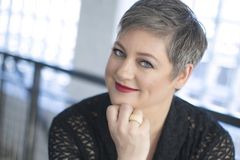 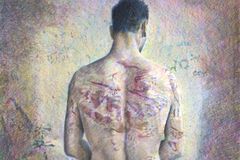 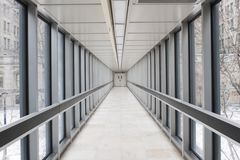