A federal judge has quashed a decision by the government panel that rules on the export of art, saying it was too broad in interpreting what was important to Canada’s national heritage.

Federal Court Justice Michael Manson ruled Tuesday that the Canadian Cultural Property Export Review Board’s decision to block the export of a French Impressionist painting by Heffel auction house was unreasonable and it must be reconsidered.

“There must be a connection with Canadian heritage that is more direct than the fact that Canada is multicultural and Canadians may wish to study the traditions of any one of the many countries from which their ancestors may have come,” Justice Manson wrote.

It is believed to be the first time the courts have weighed in on the cultural property export rules, which came under new scrutiny this spring when the National Gallery of Canada made a controversial bid to stop a 200-year-old French painting from leaving the country.

Tuesday’s judgment centres around the 1892 Gustave Caillebotte painting Iris bleus, jardin du Petit Gennevilliers, which was sold by Heffel, a Canadian auction house, to a British gallery for $678,500 in 2016. The painting − created in France by a French artist of a French subject − was brought to Canada by a private collector in the 1960s and was not exhibited publicly.

Heffel, which operates auction houses across the country, applied for a government permit to be allowed to export the painting shortly after it was sold.

Permits are required for cultural property that fulfills certain criteria, such as age and monetary value. The decisions rely on the advice of an outside expert who must assess whether the piece is of outstanding artistic significance and whether its loss to Canada would harm the country’s national heritage.

The export permit for Iris bleus was denied and Heffel appealed to the CCPERB, a government panel composed of members of the public, art dealers and experts from galleries or museums.

Last summer, the board agreed with the original examiner’s opinion that the Caillebotte canvas was important to Canada’s heritage. It relied on guidelines written by the Department of Canadian Heritage, which say that an object can be of national importance “even if the object or the creator has no connection to Canada.”

However, the judge said that the words and intent of the legislation itself were clear that the test of national importance was not to be interpreted too broadly. Otherwise, the judge said, it would infringe unfairly on property rights.

The review board does not have the power to block the export of a work of art indefinitely. If the board rules against the exporter, it establishes a delay period of up to six months, during which Canadian public institutions are allowed to put in an offer to buy the art − thereby keeping it in Canada.

If an institution makes a fair cash offer − as decided by the board − and the exporter declines it, the permit is denied and the exporter must wait at least two years to apply for another permit.

In the case of Iris bleus, the board imposed a delay period of six months, during which the Art Gallery of Ontario offered to buy it.

Art dealers argue the current export system adds a level of uncertainty to the market that makes it more difficult to attract foreign buyers, who may not ultimately be allowed to take their artwork home.

According to statistics from 2015-16 − the most recent year available − just seven of 441 export applications were refused. The review board agreed with six of those seven refusals.

David Heffel, president of the auction house, said he was pleased with the decision.

“We look forward to the Review Board directing that an export permit for the painting be issued following a rehearing, in accordance with the Court’s determination that it is unreasonable to conclude that the painting is of national importance to Canada,” he said in a statement.

The CCPERB did not respond to a request for comment on Tuesday.

The judge dismissed two other concerns raised by Heffel, concerning procedural fairness and an apprehension of bias.

Heffel auction house takes to court over barred shipment of French painting
May 10, 2018 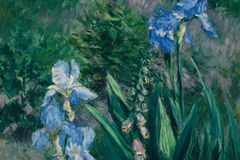 OPINION
What the National Gallery of Canada’s sealed lips and deep pockets could mean
April 6, 2018 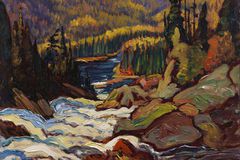