Painter John Hartman, who is best known for his expressionist visions of Canada’s cities and wilds, has turned his eye to what may be termed geographical literary portraits. In People and Place, the visages of Canadian writers such as David Adams Richards, Lisa Moore, Linden MacIntyre, Kathleen Winter, Thomas King and The Globe and Mail’s Ian Brown are rendered onto linen canvas with his thick trademark brushstrokes. They nearly blend in, somewhat topographically, with the landscapes Hartman has painted in behind them. Each spot – Brown’s Go Home Bay in Ontario, Lisa Moore’s Broad Cove in Newfoundland – is considered each subject’s place of inspiration, a theme that plays right to Hartman’s visual and emotional strengths.

While eight portraits are being exhibited in Toronto, the entire project consisting of 35 authors will be seen in a national museum tour – and published in an accompanying book – that begins in November, 2019, at the Rooms in St John’s.

In addition to Hartman’s portraits, each writer has written an accompanying essay. Here, Esi Edugyan turns her attention to home in Victoria.

To the right of my eye, on a thinly drawn causeway snaking from the main land, sits Fisgard Lighthouse, so long a part of my days that I barely think to glance from my window in Victoria. How little consideration do we spare for those things that truly anchor us. I rarely pause on the old beacon, blazing since 1860 over the sea and Esquimalt Harbour and all the surrounding lands, over the rusted artillery of Fort Rodd Hill. Yet if it were ever dismantled, I’d feel its loss intensely.

Before there was the lighthouse, there was only a single lantern burning on McLaughlin Point. A disgruntled harbourmaster placed it there, frustrated at the lack of a light to see by. Five months later, the lamp’s tubes melted down from the constant heat, and it was finally decided a more permanent solution was needed. And so the bricks and stone to build the tower were locally quarried. The lens, lamp, and lantern were ferried over from England. The cast iron spiral staircase brought north from gold-maddened San Francisco.

Of the twelve lighthouse keepers, one stands out. Amelia Bevis, the sole woman. Her husband had been keeper for 18 years, custodian of a stillness she could scarcely imagine from the solitude of her shore life. At his sudden death, she took over, slipping into the silence of his duties as into a just-abandoned bed, the warmth still there, the smell and disorder. And she liked it. She liked it so much that she made an application to stay in the post permanently. The response came back crisply: “It is against the rules of the Department to place Lighthouses in the charge of women.”

And so she left it, this place in which the absence of her husband was something she’d worn easily, happily, in a way she had never fully managed on land. Her replacement stayed on only four years, himself replaced by a man more interested in mink hunting than guiding boats, and who one morning tripped on a rock and shot his eye out. He returned to work half-blind and drowned the following month while rowing home.

So many lives mark this place. When I do look out at the lighthouse, I see all many past joys and losses, the strangeness of lives so different from the one I share with my husband and my children on the very same shores. I peer out over the water and imagine the shudder of guns that once cracked the tower’s windows, fissuring the view like some atmospheric disturbance. And how fleeting even that small moment of consideration is – how it too will be lost. 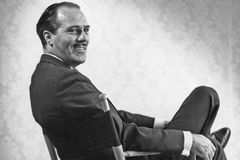 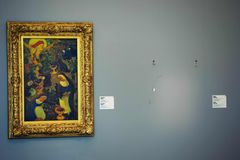 David Hockney painting sells for record $90-million at auction
Subscriber content
November 16, 2018
Follow us on Twitter @globearts Opens in a new window
Report an error Editorial code of conduct
Due to technical reasons, we have temporarily removed commenting from our articles. We hope to have this fixed soon. Thank you for your patience. If you are looking to give feedback on our new site, please send it along to feedback@globeandmail.com. If you want to write a letter to the editor, please forward to letters@globeandmail.com.
Comments