The Rias Ark Museum of Art is perched on a hill in Kesennuma, Japan, so on the afternoon of March 11, 2011, when the earthquake hit, its staff were safe – and in an ideal position to take photographs. One photo was taken at around 3:30 p.m. local time, just as the biggest wave was engulfing the town. “It is all over … it’s the end,” people at the museum murmured, according to the recollections of Hiroyasu Yamauchi, who took the photo. A second photo, taken that night from the museum’s rooftop – the staff took refuge there and it became an evacuation centre – shows the area on fire, more than 10,000 tonnes of heavy fuel oil having discharged into the sea. It took 12 days to control the blaze.

Over the next days and weeks, the curators and researchers continued to take photos, travelling through some of the hardest hit areas. The images are astonishing: a disabled commuter train disappearing into a collapsed house; a fishing boat docked on a highway, as a car is suspended in trees nearby. “For a brief second, a strangely infantile thought came into my mind, and I could not think logically,” Yamauchi recalled. “I felt like this was a trick by a giant.”

The photo series is on display at A Future for Memory: Art and Life After the Great East Japan Earthquake, at the Museum of Anthropology at the University of British Columbia in Vancouver. It documents some of the consequences of 3.11, as it’s come to be known: a 9.0-magnitude earthquake, a devastating tsunami and the resulting meltdown at the Fukushima Daiichi Nuclear Power Plant. More than 15,500 people were killed and more than 450,000 became homeless. More than 120,000 structures were destroyed – many, many more were severely damaged.

The exhibition was curated by Fuyubi Nakamura, an anthropologist who was born and raised in Tokyo and now lives in Vancouver, where she is curator for Asia at MOA. On March 11, 2011, she happened to be in Buenos Aires, guest curating an exhibition. She returned to Japan and spent months volunteering in one of the hardest-hit regions, the Miyagi Prefecture. While hauling away debris, she found many photographs – and began rescuing them.

“What we call debris is somebody’s belongings,” says Nakamura, who returned to the disaster region in Tohoku every year until the pandemic hit.

The exhibition is a document of tragedy and hope. Visitors entering the Audain Gallery are eased into the devastation with a series of photographs by the artist Atsunobu Katagiri, a master of ikebana, the Japanese art of flower arranging. Katagiri gathered flowers that continued to grow despite the destruction in the Fukushima Prefecture. He arranged them in and among the debris: a bouquet in a lone boot on the sill of a blown-out window; giant hydrangeas where human heads used to rest on theatre seats; lily magnolias, wild daffodils, Camellia and Japanese cornel scattered on a grand piano in an empty school gym.

Katagiri also worked with the Minamisoma City Museum, borrowing precious artifacts, installing flowers in them and photographing the results. At MOA, these lightbox photos share a space with a most distressing image: a Camellia Sasanqua that seems to be growing out of a cattle skull. The skull belonged to one of many cows in that area who starved to death, chained to poles inside stables and abandoned in the earthquake’s aftermath.

At the centre of the MOA exhibition stands a wall of thousands of photos salvaged from the wreckage in Yamamoto Town. Most have become unidentifiable chemical blobs – concealing baby smiles and wedding days and the like. In a few photos, you can catch a glimpse of what was: a child in a blue raincoat, someone flashing a peace sign with their fingers, a man in a “Crack Shot” sweatshirt sitting in front of a bed of tulips.

The photos are part of the Omoide (Memory) Salvage Project, meant to return photographs to their owners. A book on display documents some of those reunions. On one page, a woman – who had been on the verge of being swallowed by the tsunami many times – stands holding a photo, her face the picture of elation. “Look, this is my husband!” she said. “Isn’t he handsome?”

One part of the show of particular resonance for Canadians documents connections that would never have been made had it not been for the tragedy. Among them are Kou Sasaki from Ofunato City and Ernest Mason, son of a hereditary chief in Klemtu, B.C. Mason, a guide at the Spirit Bear Lodge on B.C.’s West Coast, discovered a Japanese fishing boat that had washed ashore. Lodge staff repaired it. Art collectors and philanthropists Michael Audain (for whom the MOA gallery where the exhibition takes place happens to be named) and his wife, Yoshiko Karasawa, visited the lodge in 2014, and subsequently helped find Sasaki in Japan. The couple invited Sasaki and his wife, Shuko, to Canada, where they were reunited with their boat in Klemtu. A photo shows the two men standing on it together in 2015.

The exhibition is eerie, beautiful – and relevant. As visitors first enter the museum and walk down the ramp to the Great Hall – usually home to totem poles and other large-scale First Nations works – they instead encounter a wall of plastic sheeting and construction racket behind it. MOA is undergoing seismic upgrades; the Great Hall will be detached from the rest of the museum and rebuilt on new foundations so it can move freely in the event of an earthquake. On a wall nearby, a warning: “Earthquakes frequently occur on the West Coast of Canada. Most are minor in size, but earth scientists predict that a mega-quake of a magnitude of 9.0 or greater will happen here one day.”

A Future for Memory is on until Sept 5. On March 11, there will be an online curator’s tour beginning at 7 p.m. Pacific, marking the 10th anniversary of the catastrophe. 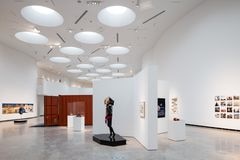 Crypto art is gaining traction and one of its biggest stars is an artist from Thunder Bay
March 1, 2021 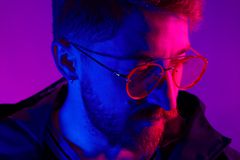 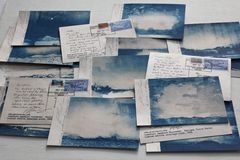