What should a school be like? In Ontario these days, it has to be cheap.

The province’s Minister of Education, Stephen Lecce, announced earlier this month, on Aug. 7, that his ministry is pushing for standardized school designs and “modular” construction. The details are sketchy, but the theme is clear. This is the latest step in a generation-long trend toward austerity in schools – and public buildings generally – in Canada.

It’s about cheaping out and dumbing down, reducing places and buildings with projects and efficiency. It may or may not pay off financially, and it certainly won’t create architecture that is inspiring to teachers or to students.

There are two ideas here. One is to repeat the same design for new schools over and over, as some school boards already do. A ministry spokesperson suggested to me that this can reduce architects’ fees, make construction cheaper and more predictable. Another is to use “modular” construction, using building components that have been built in a factory.

How much money will all this save? Mr. Lecce floated the idea of a 20-per-cent savings, but the reality is: not much. NRB. Inc., a modular building company based in Grimsby, Ont., is a leader in this field and has worked for “nearly every school board in Ontario” on temporary portables and permanent buildings, Laurie Robert, the company’s vice-president, told me. But the company doesn’t claim that its products are cheaper than conventional construction. She asserts that NRB’s modular construction is faster to build and delivers high quality. But less expensive? “No.”

What the government is missing here is that buildings are not industrial products. They are built in particular places, for particular people, and their architecture should be – as much as possible – particular.

“We call for designs that inspire optimum learning and allow for dignity for all students and adults learning and working in that building,” said Krista Wylie, head of the parents’ advocacy group Fix Our Schools. “In the past when standardization and cost efficiency have been prioritized, we’ve noticed none of these points have been achieved.”

She’s right. And this debate is decades old. In the early part of the 20th century, when public education was born, schools were constructed as important civic buildings; they had a high purpose and were built with the same kind of workmanship and craft that government buildings received. In the postwar period, schools built for the baby boom often reflected the pedagogical ideas of the time and lots of design creativity.

Those aspirations are largely gone now. The turning point, across Canada, was the austerity of the 1990s. In B.C., the NDP government of the day criticized the schools that its predecessor had commissioned – such as the Seabird Island School outside Victoria, by Patkau Architects, which was beautiful and very particular. It won international praise. But in 1998, education minister Paul Ramsey said such “fancy” architects wouldn’t get public work any more. “Anything that looked this extravagant would send the wrong message to taxpayers,” a provincial official told The Globe and Mail that year.

Twenty years later, Ontario is starting from a much lower bar of quality, and aiming downward. Already, most of the new schools being built in the province are grim. For two decades, starting with the Progressive Conservative government of Mike Harris, school maintenance and construction have been consistently underfunded.

New schools are mean and cheap; older ones are run down and need work, totalling $15-billion and counting. The current government now pledges $13-billion over 10 years for repairs and capital projects, an inadequate number, and they’re looking for further cost savings.

That’s a shame, because good schools don’t have to cost a lot. One of my favourite public buildings of the past decade is Fraser Mustard Early Learning Academy in Toronto by the highly distinguished architects Kohn Shnier. Crammed onto a former parking lot, the school is extremely space efficient and built of standard materials. But it also provides an unusual set of spaces well-suited to its young students; windows that open; and a kid friendly art installation by Micah Lexier built into one of its facades. Good luck getting that kind of creativity from journeyman designers who are working for cheap.

There are other issues at play. For one thing, much of the school construction that has to be done in Ontario involves repairing and updating old buildings. This stuff can’t be standardized, and modular construction is largely useless here.

A case study: the old Davisville Public School in Toronto, where the local school board tore down a 1960s building on the assumption it would be cheaper to rebuild. This proved false. The old building was a beautiful and interesting place, a set of house-like forms pulled together with a mid-century-English flair. It was a gem that needed polishing. The replacement, designed by school specialists Snyder Architects, will be shiny and new – but cheap, utilitarian and totally generic. These days, that’s standard. 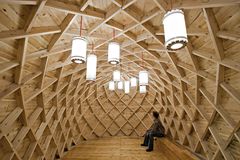 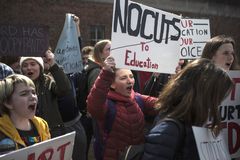