Like many a female artist, the British modernist painter Dorothy Mead is less well-known than her male contemporaries. In postwar London, she studied under the influential David Bomberg, founded the Borough Group with him and exhibited alongside a young David Hockney. But her first solo show only took place in 2005, 30 years after her death.

That pattern of neglect is typical of female careers in the visual arts, but it’s one that Ana-Maria Herman thinks technology can help fix. Herman is a professor who studies the sociology of digital technology at Ryerson University, where she teaches in the Ted Rogers School of Information Technology Management. She’s also an art lover who wants to use smartphone apps to bring women’s art to light, and she’s started on that quest with one devoted to Mead.

“Historically it isn’t easy to learn about women artists; they aren’t on the walls of galleries,” she said in a recent interview. “They have been collected less, represented less in art galleries and museums, and even when they are collected the art works are often left in storage.”

So, when a curator at London South Bank University asked her to design an app devoted to one of the artists in a Borough Group collection that is held there, she picked Mead. The result is +Archive: Dorothy Mead, a free iPhone app released earlier this month. It includes a biography, a critical text about Mead’s work and reproductions of 18 of her paintings, including nudes, self-portraits and still lifes. The human figures, which include a striking semi-abstract portrait titled Transvestite, reveal an unusual approach to both flesh and anatomy. With angular limbs, striated skin tones and blank faces, Mead somehow renders the people as things without actually objectifying them.

“The bodies do not end at the skin and we might go so far as to consider them as post-human,” curator Theresa Kneppers writes in her text.

The app arrives as museums around the world have been forced to rely entirely on their digital presence to reach viewers, but Herman’s interest in how art can be displayed virtually predates the current COVID-19 crisis. For her PhD research, she studied an augmented-reality app using old photographs of Montreal from that city’s McCord Museum. And in her final year of completing her doctorate at Goldsmiths, University of London, she stumbled upon its Women’s Art Library. There she developed a prototype for an app that would digitize parts of that collection, add in the work of contemporary female artists and encourage the public to contribute its own images.

Herman points to a vicious cycle: Less women’s art is purchased by institutions, which keeps prices lower and so further hampers female careers. Research undertaken by curator Michael Maranda for the Art Gallery of York University showed that in 2012 the average female visual artist in Canada made 40 cents for every dollar her male counterpart does, while U.S. and British studies have found similar figures.

She is intrigued by feminist art activists such as the Guerrilla Girls, a satirical and anonymous American collective that has long decried the absence of female artists from major museums. And, more recently, the Twitter account ArtActivistBarbie, which makes similar points by positioning protesting Barbie dolls in major U.K. museums.

Herman believes public participation is key to righting the balance, and hopes to develop a popular women’s art app that would let users take the issue into their own hands by commenting on imagery or adding their own.

No doubt Mead, who once said she’d sell more work if she changed her first name to George, would be proud. 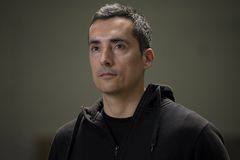 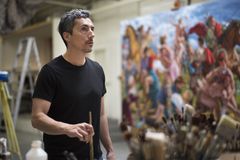