The White House is more than a building: It is a symbol, instantly recognizable. Its north portico, with four Ionic columns standing to attention, represents American power and its republican traditions.

But the president who lives there now may well turn that architectural language into a tool of oppression. Earlier this month, journalists obtained a copy of an executive order that, if signed by U.S. President Donald Trump, would impose a Classical design language on new federal buildings, making them all resemble “universally cherished landmarks” such as the White House.

The order, “Making Federal Buildings Beautiful Again,” could be the most powerful expression yet of the movement for “traditional architecture.” The Trad movement is a culture warrior’s view of architecture, one that reduces all building culture to “Modern” and “Traditional” and casts the latter as an oppressed underdog. It looks back to a simpler time, when one could talk easily about the greatness of Western civilization and when all the front faces of America’s landmarks were white.

Now, by co-opting the most powerful person in America, the Trads stand to impose their view on the country’s civil society, imposing by fiat a single new language for government buildings.

The draft executive order would reverse a 50-year-old policy known as the “Guiding Principles for Federal Architecture,” which now shapes design at the U.S. Government’s real estate agency. The principles were written by the young Democratic staffer Daniel Patrick Moynihan, who would go on to become a legendary U.S. senator. Moynihan called for architecture that would provide “visual testimony to the dignity, enterprise, vigor, and stability of the American Government."

His vision is both broad and inclusive. It speaks about accessibility for “the handicapped,” a very progressive argument in 1962; the inclusion of public art; careful attention to landscape architecture; and, above all, intellectual independence. “The development of an official style must be avoided,” he wrote. “Design must flow from the architectural profession to the Government, and not vice versa."

The executive order (published in full by the Chicago Sun-Times) pushes back against all this. It argues for a “President’s Committee for the Re-Beautification of Federal Architecture,” excluding architects and other elites. Why is this necessary? Because since the 1950s, government buildings have ranged from “undistinguished” to “just plain ugly.”

The order specifically targets a series of recent projects: the U.S. Federal Building in San Francisco, designed by Pritzker Prize-winning architect Thom Mayne of Morphosis, and the U.S. Courthouse in Austin, Tex., designed by Mack Scogin Merrill Elam Architects. It describes these as works of “Brutalism” and “Deconstructivism,” incorrectly applying specific historical terms.

It’s typical of Trad discourse in that it reduces the past 100 years of architecture, which is full of complexity and contradiction, to a single ugly straw man.

If this sounds too arcane to be a Trump priority, it is. The initiative didn’t originate at the White House. Rather, according to The New York Times, it began with a group called the National Civic Art Society, a nonprofit that advocates for ”the promotion of public art and architecture worthy of our great Republic.”

Its leader is Justin Shubow. He’s a law school graduate, writing primarily in conservative publications such as The Weekly Standard, who has been supported by a right-wing think tank called the Fund for American Studies. He is, in short, a soldier in the U.S. culture wars.

In 2018, Trump appointed Shubow to the U.S. Commission of Fine Arts. This was an apparent reward for his campaign against Frank Gehry’s Eisenhower Memorial in D.C. When he spoke in 2019 at a National Civic Art Society (NCAS) event, he said Washington “is, and ought to be, a Classical city."

This is not really an argument about architecture. It says nothing of how a federal building might serve the people within. It reduces buildings to their façades, then judges them for conformity.

What are the political implications of that view? Explicitly, none. Trads such as Shubow appeal to apparently bipartisan ideas about America’s democratic ideals. But of course their version of history doesn’t ask whether the country has actually lived up to those ideals.

It’s not a mystery why that is: These are right-wing Republicans, and their views on culture are orthodox. That NCAS event was the sort of party where a man in a bowtie and three-piece suit – writer Roger Kimball – got mad about Robert Mapplethorpe and, albeit metaphorically, used the word “miscegenation.” Kimball, back in 2017, had written a piece comparing Trump to Pericles and defending a Trump speech full of white-nationalist dog whistles. “The fundamental question of our time is whether the West has the will to survive,” Trump had said. “Do we have the confidence in our values to defend them at any cost?”

It’s not a stretch to associate this sort of rhetoric about “the West” and “our ancestors” with the sensibility of Trad architecture. They are inextricably linked.

This becomes especially clear online, where a number of anonymous Trad social-media accounts attack great Modernist buildings and look back to – always European – precedents. Wrath of Gnon, with 64,000 followers, writes about “traditional” urbanism and construction. Collectively, its posts appeal to a preindustrial world of handicraft and local agriculture.

It is time for a thread on traditional urbanism, or town planning 13th century style. I will dispel some myths of modern dis-urbanism. pic.twitter.com/wUbkEuGy9a

Another, ArchitecturalRevival, is likewise committed to “beauty and tradition.”

These anonymous accounts never cross the line into explicit racism. And yet, this is a discourse that looks back to an uncomplicated and singular idea of how civilization should look. They are, naturally, popular with white nationalists.

More reputable trads, such as the NCAS, are working within this political context; if not actually whipping up nativist sentiment, they are certainly drawing on some of the same emotional and rhetorical sources.

A final irony is that, in the U.S., “Traditional” architecture is often not that old. Most of the Neoclassical buildings in the U.S. were actually built in the 20th century, after the birth of the City Beautiful movement. In Washington, D.C., this began in earnest after 1902; the National Mall was remade to erase its Victorian landscape, and large new concrete and steel buildings were dressed up in Classical costumes derived from the previous century. The federal Department of Agriculture Building, with its façade of engaged Corinthian columns in front of a steel structural frame, wasn’t completed until 1930.

By then, another world leader had shown how grand neo-Classical architecture could revive the spirit of a nation. His architect, Albert Speer, learned much from the stone buildings of Washington. For a while, you might say, he made German Buildings Great Again. But Hitler’s time passed, and so will Trump’s; his architecture, whether evidence of an open society or of presidential fiat, will send a message to history.

Opinion
The urban design, architecture and activity of downtown Vaughan don’t yet match the vision of the area
Subscriber content
February 7, 2020 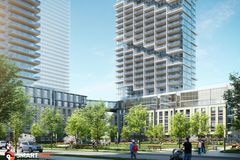 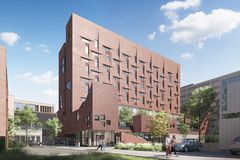 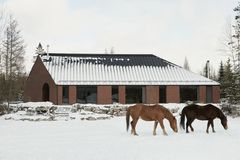