How do you build a great city neighbourhood from scratch? In the 21st century, that may be a trick question. No new master-planned urban district in the past generation has come close.

Yet people keep trying, with different recipes of expensive ingredients. Hudson Yards, the recently opened $25-billion megaproject above a rail yard on the west side of Manhattan, is the latest example, and the latest failure.

The Shed is not just an audacious building, but a defence of a Bohemian city now under threat

New York’s new Hudson Yards: When is a mall not a mall?

Not a commercial failure, mind you: I would guess these 28 acres of condos and office will prove very profitable. The views from the towers go forever, or at least across half of New Jersey. The 720,000-square-foot shopping mall includes a Thomas Keller restaurant, a ficus-equipped cafe, and even a Zara for the junior staff to shop at. The private-equity and real estate execs who work here will be very comfortable. The lead developers, New York’s Related Cos. and Toronto-based Oxford Properties, will be just fine.

But happy capitalists aren’t the measure of good urbanism, and Hudson Yards is not good urbanism. It is both clumsy and soulless: a collection of shiny, undistinguished buildings, poorly arranged around a tourist-trap bauble. It has none of the pungent vibrancy of a historic city, and very little of the elegance of a great master-planned district.

The first and biggest problem: The public space here is flawed. This is not for lack of effort: According to L. Jay Cross, the Related executive who led the project, the developers worked hard to get it right. Related and their master planners, the architects KPF, combed through historic precedents, looking to Michelangelo’s Piazza del Campidoglio in Rome.

It’s impossible to see the likeness. One is a compact square flanked by palazzi, the other a much larger plaza bookended by supertall towers. The Hudson Yards square, by landscape architects Nelson Byrd Woltz, is paved with granite and will soon be garnished with cypress and gum trees. But it’s heavily policed (of course) by private guards, and it’s wrong in proportion and scale: It’s just too big to be comfortable.

The buildings that flank it are largely aloof and insensitive. Most won’t even have restaurants or cafes, those traditional ways of bringing life to a streetscape.

The architecture is also awfully samey. A half-dozen buildings surround the main plaza so far. To the south you have the area’s one real public asset, The Shed , and 15 Hudson Yards, a residential tower by Diller Scofidio + Renfro with Rockwell Group. This, the most interesting of the lot, starts out squarish at the base, and morphs into a rounded four-leaf pattern as it rises. (The interiors are exquisitely kitted out by Rockwell; a four-bedroom condo can be yours for $12-million.)

The other four highrises (three by KPF, one by SOM) and the shopping mall (by Elkus Manfredi) all feature predominantly blue glass. Some subtle variations in materials, and the pointy hats on the buildings to the east, leave them barely distinguishable. Only one, the limestone-trimmed residential tower by SOM, is at all beautiful.

Then there’s the Vessel, the giant, extravagantly pointless objet by British designer Thomas Heatherwick. This squats on the southern half of the plaza, crowding The Shed, a conical latticework of staircases and landings that ascend 15 stories. It is an Instagram machine, a device meant to lure visitors off the adjacent High Line to take a picture of its glossy, copper-coloured lower surfaces. But as you ascend, you begin to see the top side of the structure is all a dark grey: it is, in its essence, dull.

The Vessel also is not inclusive. I went up with a friend of mine, a healthy New Yorker in his early 40s; the height and visual confusion of the thing made him nauseous. And anyone with physical disabilities – right now, 15 per cent of the U.S. population and growing – will get nothing out of this experience. They can take an elevator ride to the top, to be rewarded with a close-up view of the mall roof.

And yet: tickets for the Vessel are sold out weeks in advance. Related Cos. staff say there have been more than a billion (!) Instagram posts of the Vessel so far. Tourists and New Yorkers are flowing off the promenade of the High Line, up the Vessel and into the adjacent mall. In its way, for the able-bodied with gold cards and smartphones, the place is working.

But to what end? And to whose benefit? The project represents the successful conclusion of a 20-year city planning effort for the area, spurred by what the New York Times reports is $6-billion in public money. Dan Doctoroff, as deputy mayor under Michael Bloomberg, took a deep interest in the project. The pursuit of corporate jobs and high-net-worth individuals, the deal with a single real estate partnership to put the whole thing together: All this is one sensibility at work. Civic and corporate aims are indistinguishable.

And the fact that Doctoroff is now the CEO of Sidewalk Labs, the Google sister company hoping to build out much of Toronto’s waterfront, is cause for concern. Sidewalk’s design ambitions in Toronto are different than those at Hudson Yards – but, likewise, its Toronto project represents one corporate entity pushing for a big, quick, profitable development on its own terms. And Hudson Yards proves that this is no way to build a city.

The Shed is not just an audacious building, but a defence of a Bohemian city now under threat
Subscriber content
April 13, 2019 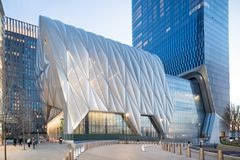 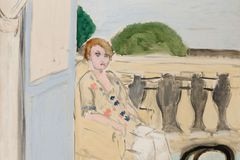 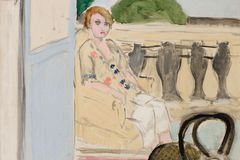