If you want to see the Mona Lisa this summer, you will need to queue, not only to get into the Louvre in Paris, but again to reach the museum’s second floor and penetrate the gallery where the world’s most-famous painting is currently hanging. It may have taken you an hour to get there, but don’t expect more than a minute in front of Leonardo da Vinci’s famous work – perhaps just enough time to take a selfie with the lady before a guard moves you along.

I’ve never understood the fuss about the Mona Lisa – what is so enigmatic about a gentle smile? – but any current experience of the celebrated portrait seems guaranteed to be a letdown. That has been the vociferous complaint on social media this summer as visitors face long queues for brief glimpses.

The extra lines and zealous guards are the result of a temporary relocation into a less convenient gallery while the Mona Lisa’s usual home, in the Louvre’s Salle des États, is being renovated. She will be returned to more easily accessed quarters in October, but not before frustrating millions. It is estimated that more than 30,000 people a day visit this one painting: Whatever the new arrangements, no tourist is ever going to get uninterrupted face time with the Mona Lisa.

This summer’s queues and complaints are the product of several cultural phenomenons. One is what critics have dubbed “over tourism,” the rapid growth in visits to famous places that leads to miserable experiences for both tourists and residents and sometimes permanent damage to fragile cultural or natural sites. The Louvre reports that its visitation has doubled in the 30 years since it unveiled its glass pyramid renovation in 1989; today, at 10.2 million admissions a year, it is the world’s most-visited museum. To control these crowds, the Louvre will institute a timed-ticket system for all admissions starting this fall, several months earlier than planned.

Most of these visitors plan to see the Mona Lisa. It’s a tourist must, right up there with the Eiffel Tower: Before its recent move, the cognoscenti routinely complained that the Salle des États was filled with people who stopped only for a minute, snapped a picture and did not bother looking at the other Renaissance paintings that surround it.

The Mona Lisa is the centre of a well-established celebrity cult, launched when it was stolen back in 1911, but the current overcrowding is also a product of art-viewing as a form of social-media trophy hunting, filling museums with Instagrammers who care more about sharing than about seeing. In these circumstances, it can be difficult for museums to create satisfying encounters between visitors and the art for which they have lined up. The experience of the Yayoi Kusama: Infinity Mirrors exhibition at the Art Gallery of Ontario in Toronto last year was telling. People had to queue for as long as 20 minutes to get 20 seconds inside any of the mirrored Infinity Rooms; many visitors simply wouldn’t have had time to take in the rest of a solid retrospective of the artist’s entire career. When the AGO subsequently mounted a fundraising campaign to buy its own Infinity Room, it met with half the public response it had hoped, suggesting Kusama mania was fleeting.

This trophy hunting is encouraged by the way the internet has paradoxically narrowed cultural choices by amplifying the power of top favourites. That dates back to the 2000s and the final volumes of the Harry Potter series when bestseller lists were so dominated by a single title other candidates dropped out of sight, and it shows few signs of abating. In visual art, this only intensifies the fetishization of the Mona Lisa as the one painting in the world everybody must see. Artworks at the Louvre that used to be considered equally important – The Winged Victory of Samothrace or the Venus de Milo – draw many visitors but no comparable lineups.

Perhaps it is because we are so inundated with digital copies and so accustomed to virtual experiences that we place huge importance on seeing the original object, the real thing. Still, if you do want to admire the Mona Lisa, a good reproduction is the way to go. 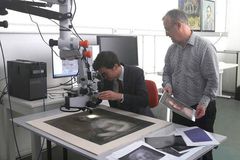 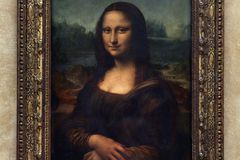