The house was sold, the movers had come and gone, and Kathleen Bartels was two days away from leaving Vancouver for Southern California. After running the Vancouver Art Gallery for 18 years, Bartels had exited the gallery in the spring and was now leaving the city – and doing so without seeing to fruition the passion project that drove her for nearly her entire time there: the move to a new, purpose-built gallery.

“It’s hard to leave. I love the institution. I’ve given it my all. And I hope the next person that comes on is just as passionate and caring and tenacious as I was. And can take it to the next phase,” she said.

When news of her immediate departure was announced in May, it came as a surprise to the public.

But her exit, as her contract was coming up for renewal, was not a surprise to her, she says, or her board. “It was a joint decision. It’s something that has been discussed for a while,” Bartels said during the interview early this month.

“It was time. Eighteen years. I was the longest serving director in the gallery’s history. Eighteen years at any institution or organization is a long time,” she said. "And it’s time to move on, pass the baton to someone else, and think of other possibilities for myself and my family.”

It was a good time to leave, she says: 2019 started with the announcement of the unprecedented $40-million gift from the Chan family, Vancouver-based philanthropists, for the new gallery. A strategic plan for the next five years had been completed. She says her final fiscal year at the gallery brought in “great” revenue and attendance. Memberships and admissions have increased significantly under her watch, as has the collection. “It’s always important to leave when you feel good about where we are,” she said. “So the table was set.”

But where will the table reside? There has been a lot of talk about what Bartels’s departure means for the project that has long dominated her – and the city’s cultural – agenda.

Early in Bartels’s tenure, it was determined that the current gallery, in a renovated former courthouse, was insufficient and that it would be preferable to move than to expand on-site. At one point, the plan was to move to False Creek, but the gallery ultimately landed on another spot, known as Larwill Park (currently a parking lot where temporary social housing has been erected). The city has given the VAG a long-term lease on part of that land, but that deal – which is conditional on funding – has had to be extended again and again.

In 2015, the gallery revealed a concept design by Swiss architecture firm Herzog and de Meuron, a design which has since been modified. But the VAG has not been able to launch a formal capital campaign, having secured $135-million of the estimated $380-million cost: $330-million for construction (which seems low, according to some observers with knowledge of the construction industry) plus a $50-million endowment.

That $135-million includes the $50-million then-B.C. Premier Gordon Campbell granted the project in 2008. Since then, there has been no government money earmarked: not the $100-million the gallery was hoping to receive from Ottawa, nor the additional $50-million from the province.

More than $20-million has been spent on the project without a single shovel in the ground. In the meantime, new art galleries have opened in North Vancouver (the Polygon), Whistler (the Audain Art Museum), Edmonton (the Art Gallery of Alberta) and Saskatoon (Remai Modern).

Vancouver’s cultural chattering classes wondered if Bartels’s departure was an indication of defeat on the building project – either from her or her board. But she says she believes the new gallery is going to be built.

“I think so,” Bartels told me. “I would be unbelievably disappointed and surprised if it didn’t. I think it would be a very sad state of affairs, particularly with all the private-sector money that’s come for]. And more will come. But the government needs to do something.”

She said the board has done a lot of advocacy work that she hopes pays off with a new gallery.

“Whether it’s exactly the vision that we have, I’m not sure. But I think some change will happen. And I’m just saying that, based on my personal feelings. But it’s going to require the government to come forward.”

After her departure, Bartels was retained as a special adviser to the VAG and says she has had some conversations with interim director Daina Augaitis (Bartels’s former deputy director and chief curator, who had previously retired and returned when Bartels left), other staff and trustees. “When advice is needed, I’m there to help.”

The protracted gallery project aside, Bartels has a long list of highlights from her tenure. There were seminal shows, including Bruce Mau’s Massive Change and Guo Pei: Couture Beyond. She oversaw a number of groundbreaking Indigenous art exhibitions, including Raven Travelling: Two Centuries of Haida Art; Beat Nation: Art, Hip Hop and Aboriginal Culture; and Susan Point: Spindle Whorl.

She is particularly proud of the importance she placed on local artists, with exhibitions by Ian Wallace, Geoffrey Farmer, Roy Arden and others. She also put an emphasis on acquiring work by local artists such as Jeff Wall.

“Kathleen’s arrival at the VAG ended a long drab period when the gallery was very poorly directed. She brought the place back to life and began a reinvention process that kept expanding,” Wall wrote by e-mail. “The gallery once again became a place where people interested in art actually wanted to go.”

She collaborated with Wall to co-curate a series of exhibitions by international artists who had never shown in Canada before, including U.S. artist Kerry James Marshall.

“I feel this very strong bond with the art community here. And that’s been the solace that I’ve found during the challenging times,” Bartels said. “Because the artists were always there. I could go to a studio visit or meet with them, and always feel rejuvenated and buoyed.”

A number of artists, including Wall, were among the 100 or so people who attended her goodbye party at the West Vancouver home owned by the proprietors of Tantalus Vineyards. Honorary board chair Michael Audain was there, too, as were some other current trustees.

When Audain – a developer, collector, generous philanthropist and former chair of the VAG’s relocation committee – announced in 2012 that he would be building his own gallery in Whistler, it was seen as a blow to the VAG’s ambitions for a new facility.

There were other challenges. After a joyous announcement in 2015 that the gallery had acquired and would display ten sketches by Group of Seven co-founder J.E.H. MacDonald, which had been buried for decades on his old property in Ontario, some outside experts raised concerns. The VAG enlisted the Canadian Conservation Institute in Ottawa for testing. The gallery has repeatedly refused to reveal those results and has still not displayed the paintings. Over coffee and cookies, I asked Bartels if she could finally tell me what those tests found. She said she could not; she was no longer in a position to say.

As well, earlier this year, the gallery’s 200 unionized employees went on a week-long strike, making Bartels a target for some workers and donors. (She says she was taken aback by the staff’s decision to strike.) Then, the deputy director/chief curator she hired last year to replace Augaitis, Rochelle Steiner, left shortly after Bartels did. (Steiner is now chief curator at the Palm Springs Art Museum.)

Most of all, though, there has been a lot of grumbling about the new building – the need for it, the cost, the design. At times, the opposition to the project was vocal and forceful and, to quote Wall, “astonishingly hostile.”

And for others in favour of the new building, the lack of progress in getting it off – or into – the ground has been frustrating.

But Bartels said with conviction that the project is ready to move forward. “I hope that will be a big part of my legacy here. Even if I’m not here at the groundbreaking, I can’t imagine that I wouldn’t be considered as part of making that project happen.”

Wall, an internationally renowned artist, certainly thinks so. “Her initiative to create an entirely new building was an unprecedented act of visionary generosity and confidence in the culture of this city," he wrote in his e-mail. He says he knows many leading museum directors around the world and can’t think of one who could have done more to encourage support from the city, province or federal government. “Her affection for this place and its culture is already a fine legacy." 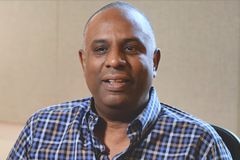 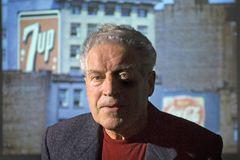 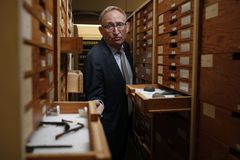