Believe. That’s the title of the exhibition that reopened the Museum of Contemporary Art in Toronto this weekend. But believe in what?

In the power of art to bring people together, to think across the neighbourhood and across national borders. The newly reborn institution is aiming to do all this, and so to become a new sort of community gathering place. And it’s making all the right moves in doing so.

This weekend’s public opening brought curious hordes to the institution’s new home, which lies along a rail corridor on the western fringe of downtown Toronto. MOCA now occupies five floors of a tall 1919 loft building; the first floor, which includes a bookstore and café, will always be free and unticketed. “We want to be a museum that’s for people,” said Heidi Reitmaier, the museum’s executive director and CEO.

What does that look like? In front of us, a crowd of primary-schoolers was clambering all over one of the pieces in the opening exhibition: DEMOS – A Reconstruction, by the Greek artist Andreas Angelidakis. Large foam blocks, printed with patterns that evoke Ottoman rugs, were getting flipped, dropped and tilted into slides. “This is an invitation for audience to create their own architecture,” Ms. Reitmaier said. “It’s about creating spaces of access, participation and welcome.”

The museum’s actual building is conceived with a similar mindset. The gallery has leased five floors of a concrete-framed 1919 loft, and it has retrofitted them barely at all. “Most of our work was about trying to reveal the bones of the building,” said Peter Clewes of architectsAlliance, whose firm oversaw the project. “There wasn’t an effort to impose any deliberate architectural idea on the space. It was about creating possibility.”

The building in question was built for the Northern Aluminum Co., and later occupied by auto-parts maker Tower Automotive. It is a tall 10 storeys; for nearly a century, it’s been an outlier in this pocket of factories hemmed in by Victorian houses.

That will change. Development company Castlepoint owns the building and a large site around it, on which they are now planning and constructing an entire new neighbourhood. Mr. Clewes’s firm, which specializes in condo towers, began working on the building for Castlepoint; in the end they collaborated with heritage architects ERA, while designers MSDS produced elements in the lobby that allude to the building’s history with aluminum.

The structure is basically a found object, its concrete floors and concrete mushroom columns polished and sealed; new windows mimicking the old; and an elevator added for access, to complement the original stairway.

This is emphatically not an iconic building – “the architecture is not the point,” as Mr. Clewes acknowledges. The focus is squarely on the art and related programming.

And that is intended to be quite varied, David Liss, the museum’s curator, told me. “You can’t put a museum down like a flying saucer, disconnected from the community and from the land,” he said. “But community, what does that mean today? Community is local, it’s citywide, it’s national and it’s global.”

“It’s difficult to understand the dynamic of how that works, and that’s what I think we’ll work on.”

That translates, in the boisterous opening exhibition, into a mix of local artists with international figures, and established with emerging artists. MOCA has commissioned strong work from young locals Nep Sidhu and Rajni Perera; upstairs the deadpan signage of Barbara Kruger stands alongside South African up-and-comer Dineo Seshee Bopape, whose installation And-in, The Light of This brings both visible handcraft and mystical undertones.

Mr. Liss joined the institution in 2001, when it was still called the Museum of Contemporary Canadian Art. In 2002 he steered it to Queen Street West, the long-time heart of the city’s visual-art community, and guided its unique status as both hangout for the local art scene and a host to shows of international breadth and scope. He has been, and remains, committed to placing the work of local and national artists in a global context. And Ms. Reitmaier makes a strong argument for this approach: “The internationalism of the show, I believe, echoes the many and different voices in the community.”

The museum has had numerous tribulations, including an ambitious – and short – reign as CEO by Chantal Pontbriand. What has been relatively consistent has been its increasing international viewpoint and, at the same time, taking a meaningful stand in its local community.

In the roughly three years since its last space closed, “We’ve been doing the ground work,” Mr. Liss says, bringing a booth to street fairs in this part of the city. And Ms. Reitmaier suggests visitors to the current location so far have included many curious neighbours. Given the high percentage of creative types in the adjacent neighbourhoods, this makes sense. “But people who aren’t interested at all in contemporary art,” Mr. Liss adds, “are pumped.”

If that trend sustains itself, and MOCA succeeds in the long term, it will set an excellent precedent for urban redevelopment. It’s a familiar pattern for artists and makers to pioneer a new neighbourhood and then be priced out by the businesses and residents that follow. MOCA is determined to avoid that fate; by planting its flag here, quite far from the institutional core of the city, in a place that will become a destination but also a hangout for old and new residents. If it works out, art will provide the glue for a growing neighbourhood and then retain a prominent place at its centre. That’s something to hope for, and to believe in. 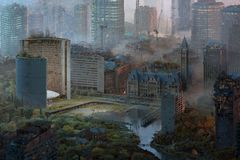 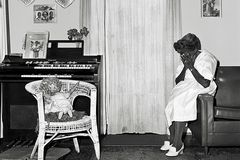 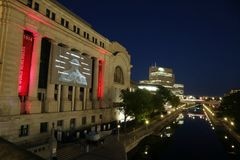