A year after it lost one proposed downtown site, Montreal’s McCord Museum is back with an ambitious plan to expand its current Sherbrooke Street headquarters to create a much larger social history museum. The plan unveiled on Tuesday will expand the museum around the corner into the adjacent Victoria Street to the west and south to President Kennedy Avenue, wrapping a modern addition around the current heritage building and doubling the size of the museum.

The proposed expansion will alleviate a space crunch at the McCord: The museum dedicated to the history of Montreal and its people currently displays only 1 per cent of its collection, while most museums hope to display 5 or 6 per cent. Its situation has become critical in part because of two mergers – with Montreal’s Fashion Museum in 2017 and with the Stewart Museum in 2013.

The new McCord Stewart Museum will unite all three under one roof, welcoming double the number of visitors to a collection of more than 1.5 million objects. (The Fashion Museum has already closed, but the Stewart museum, a historical collection on St. Helen’s Island, is still operating as its administrative integration with the McCord continues.) The museum plans to launch an architectural competition for the planned expansion.

The Emmanuelle Gattuso Foundation pledged $15-million toward the project on Tuesday, maintaining a commitment it had previously made to help build the McCord a new home near the Place des Arts.

“It is my hope this new museum will break ground very soon and that this donation will encourage the various levels of government, Montrealers and ex-Montrealers to mobilize for this magnificent project,” Emmanuelle Gattuso said in a statement. The Toronto philanthropist added that the donation honours the memory of her parents, Lina and Pasquale, Montrealers who founded the food-import business Gattuso Inc.

A year ago, the City of Montreal reneged on a five-year-old commitment to give the McCord the site near the Place des Arts, at St. Catherine and Jeanne Mance streets. At the time, Mayor Valérie Plante said the proposed site had to be reserved for green space because a nearby park was going to be lost to another development. Now the city is contributing building rights.

“We are pleased to advance the project by granting the right to use Victoria Street,” the mayor said in a statement, while the museum’s board chair Monique Jérôme-Forget added: “We truly could not have found a better site.”

The McCord is not the only Montreal institution that has had problems getting renovations under way. The Musée d’art contemporain has been forced to delay and scale back its renovations after cost overruns. Le Devoir newspaper reported in February that the project was $8-million over on its $44-million budget and that architect Gilles Saucier was now planning to leave the concrete exterior in place to pare costs. The original plan was demolish the concrete to build a glass façade for the fortress-like building that sits beside the Place des Arts in Montreal’s entertainment district.

If all goes as planned, the McCord expansion will allow the museum to better show off a collection that features more than 160,000 historic objects including paintings, drawings, clothing and the decorative arts as well as 1.3 million photographic images and equipment, and an archive of more than 800 sets of documents.

Originally established in 1921 by David Ross McCord, a Montreal lawyer with a strong interest in First Nations, the McCord collection of 16,000 Indigenous artifacts includes archaeological evidence of human activity in North America dating back 10,000 years, such as pot shards and stone tools.

The Stewart museum was founded in 1955 by philanthropist David M. Stewart and houses a collection of 27,000 objects, documents and rare books related to the European presence in New France and North America. 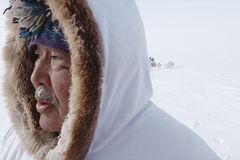 Foreign art can be nationally important to Canada and blocked from export, Federal Court of Appeal rules
Subscriber content
April 16, 2019 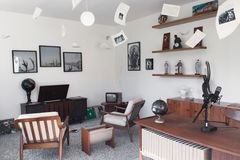