When Egyptian artisans painted figures on a coffin for the well-born chantress Tamut, they included an image of her as a lithe young woman in a transparent gown. In truth, Tamut was in her late 30s or even well into her 40s when she died, some time around 900 BCE. She would not have been the first middle-aged woman who wanted a decade or two shaved off her portrait, and she certainly won’t be the last. The persistence of universal human frailties through the millenniums, that sense of a hand extended through time, is what makes history so seductive.

Tamut’s coffin containing her mummified remains belongs to the British Museum, and it is currently visiting the Royal Ontario Museum in Toronto as part of the exhibition titled Egyptian Mummies: Ancient Lives, New Discoveries. The show uses six different mummies from the British Museum collection, all of them newly exposed to CT scans, to examine life in ancient Egypt. The concept – and scene-stealing digital animations based on the CT scans – tantalize the visitor with the notion that six specific Egyptians will come to life. In reality, these six individuals remain outside our grasp as the exhibition chooses broader social history over speculative biography.

Researchers can determine social standing by the lavishness of the burial, gender by the structure of the pelvis and an approximate age range by the condition of the skeleton: Wear on the joints places a person, such as Tamut, between 35 and 49. However, they know little about the actual people who lived in these bodies. Tamut was the daughter of a priest and a chantress who would have participated in ceremonies associated with the god Amun, and that is one of the richer identifications here. Three of the six mummies – a middle-age woman, a male youth and a male child – are without names, while the closest researchers come to a confirmed cause of death for any of them is to note that Tamut had plaque in her arteries.

Perhaps she could afford the rare luxury of eating meat. It’s that kind of information that the British Museum curators Marie Vandenbeusch and Daniel Antoine build out into a show about many aspects of Egyptian life from funerary rites to diet, dress and play. They line up artifacts both beautiful and telling: A pair of handsome pottery jugs with pale blue and red striped decoration found among the grave goods of one Lady Nedjmet suggest Egyptians valued fine wine; a purple amethyst necklace looks as if it was worn yesterday. But the curators do tend to bombard the viewer with information in a show stuffed with text panels. The exhibition begins with sections about embalming and mummification, adds in religious rituals, health care and food and proceeds to personal ornamentation (all those fabulous hairstyles were wigs!) and coffin portraiture, with detours for childhood and musical instruments.

Yet it’s the mummies themselves that are the real stars here – or rather the slightly creepy scans of their bodies. Some of the actual mummies remain hidden inside their coffins; others have been removed so that visitors view a corpse-shaped package in linen bandages, but the digital scans tell all. There, animated bandages fall away to reveal the incision where embalmers removed the organs, and the amulets that were placed on the body before it was wrapped, while X-ray images probe deeper to show spinal lesions or missing teeth. One mummy in particular, that of the priest Irthorru, suffered nasty dental problems, including several missing teeth at the front of his mouth and multiple abscesses. He lies in a fabulously decorated coffin, completely covered in delicately painted figures. They include one of his soul depicted as a human body attached to a mighty pair of wings that will carry him into the afterlife.

Despite the many aspects of Egyptian life explored here, it is Egyptian death – the mummy, the coffin, the scanned skeleton – that takes centre stage. Doesn’t this just reinforce our stereotype of the ancient Egyptians as a death cult, I asked Krzysztof Grzymski, the ROM curator responsible for overseeing the British Museum show in Toronto.

“They were obsessed with death, but they were also obsessed with the good life and they wanted the good life after death,” he said, pointing to the wine jars as an example. They are inscribed with the origins of the wines, suggesting the Egyptians wanted to indulge a taste for terroir beyond the grave. “Ultimately, they believed in the eternal life … for rebirth you had to have your body preserved and your name preserved. That’s why we have the mummies.”

Mummies … mysterious ... spooky … visitors from the tomb, but not real people. It’s hard to banish that popular image. The final room of this large exhibition includes a display about the introduction of Roman customs into Egypt in the first centuries CE. The Egyptians gradually replaced their familiar death masks, featuring those highly stylized, ornate and symbolic images of the deceased, with much more naturalistic portraits in the Roman style. The show includes two, one of a woman and another of a man, that are remarkably vivid painted depictions of strong, middle-aged faces with idiosyncratic features and carefully observed skin tones. Their gazes – hers is calm; his is fierce – catch the viewer’s eye, and again you can feel that pull through time. 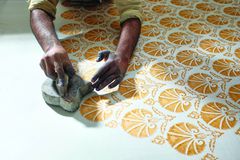 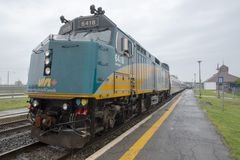