Did the Quebec businessman Michel de la Chenelière bite off more than he could chew when he fired Nathalie Bondil, director of the Montreal Museum of Fine Arts?

Since de la Chenelière, who chairs the museum’s board, abruptly terminated Bondil’s contract Monday with allegations of a toxic workplace, colleagues and art lovers have sprung to her defence. Taken off guard by the shakeup, Quebec’s Minister of Culture Nathalie Roy ordered an independent report on the MMFA’s governance while the museum’s own members have signed a petition demanding the board explain its move.

La Presse quoted philanthropists André Desmarais and France Chrétien Desmarais backing Bondil, while out in the wider world, her international partners rallied to her cause. Bondil is a French native who trained at the prestigious École du Louvre and several top French arts administrators have expressed their outrage.

Some in Quebec can only believe, despite the public opinions of those two senior members, that this has something to do with heavy hand of the Desmarais clan, so prominent in Quebec business and cultural circles: According to Bondil, the final straw for de la Chenelière was her refusal to sign her name to the “unanimous” appointment of Mary-Dailey Desmarais on July 6 as director of the museum’s curatorial division. Bondil says she agreed she needed a deputy and respects Desmarais’s significant credentials, but didn’t consider the younger curator experienced enough.

From the archives: How Nathalie Bondil threw open the doors of the Montreal Museum of Fine Arts

It’s odd that a board would not simply take a director’s suggestion on such a promotion. But when I talked to Bondil this week, she squelched the conspiracy theories of a coup in favour of Desmarais, whom she hired herself in 2014. She brushed off the question of whether the curator, who has PhD in art history from Yale and is married to André‘s nephew Paul Desmarais III, was ever the appropriate person to be working in the “Desmarais Pavilion,” a building funded by her late grandfather-in-law. Despite an extraordinary statement of support for Mary-Dailey Desmarais issued by the MMFA this week and signed by all its curators, how could her colleagues believe her rapid rise is due entirely to merit?

Stories in Quebec have tended to fixate on this appointment as the decisive break between the highly successful Bondil – floor space doubled; attendance tripled during her tenure – and an aggrieved board. Certainly, de la Chenelière’s complaints about an independent HR report that discovered bad blood in the curatorial department sound like stuff that should have been resolved backstage. (The main allegation against Bondil seems to concern her overlooking a subordinate’s bad behaviour.)

Bondil says that when she refused to sign the statement about Desmarais, she was presented with a plan that would have seen her hand over executive power to the board for the remaining 12 months of her contract. She interpreted that as constructive dismissal and called the board’s bluff.

Still, it’s easy to believe that Bondil’s bold style might also be a problem. Donor Pierre Bourgie, who funded the museum’s concert hall, weighed in with an opinion piece this week saying she had weakened the working environment. De la Chenelière’s own donation had made possible the education and art therapy centre that was one of Bondil’s proudest achievements, but she says that in their final interview, he told her “Tu me picotes.” You irritate me.

A proponent of the museum as a community space for people to gather, debate and heal, Bondil always prefers to talk policy, but she also once told me that the secret to her success was: “I don’t play to lose.” Other museum executives are pursuing similar community-oriented agendas with less ego and fanfare, but there’s no doubt that the flamboyant Bondil was doing what needed to be done.

She often managed to balance populism with political and curatorial smarts: One of her most praised moves was a 2018 Picasso show borrowed from France that juxtaposed the famous paintings with the African masks that inspired them. Bondil added some African-Canadian art and came out ahead of everybody.

On the other hand, the recent show devoted to the French fashion designer Thierry Mugler – which has been boosting MMFA fortunes on a European tour despite never acknowledging the couturier’s objectification of women – is typical of the way Bondil used the museum’s decorative arts mandate for basic crowd pleasing. In a piece of art criticism that could have been published in the 1990s, La Presse critic René Viau this week sneered at Bondil for pandering to middle-class artistic fantasies with over-hyped shows about Andy Warhol and Yves St. Laurent.

Taking an alternative view, Bondil suggested that her relationship with her board was perhaps a victim of the pandemic. Stressed museum managers have been called on to find brilliant solutions to heartbreaking closings and cancellations, while their formerly jet-setting trustees were left with plenty of time to Zoom. So, add COVID-19 to a social atmosphere dominated by #MeToo and Black Lives Matter making arts boards highly sensitive to accusations of improper behaviour and you have a governance traffic accident waiting to happen.

Bondil will walk away from the bloody scene. She has powerful international connections and our phone call Thursday was interrupted by another delivery of flowers. But the MMFA? No, it will take the institution time to recover from a public breakdown that should have been fixed back in the garage.

Editor’s note: A previous version of this story incorrectly said a collaboration between the Musee d'Orsay in Paris and the Montreal Museum of Fine Arts had been cancelled. 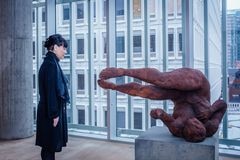 ‘I don’t play to lose’ – how Nathalie Bondil threw open the doors of the Montreal Museum of Fine Arts
Subscriber content
April 8, 2019 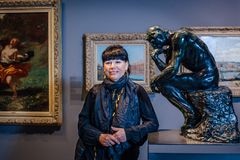 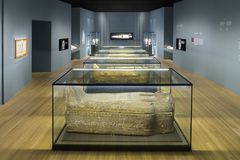