A Los Angeles street artist is suing the builders of an Ottawa real estate development for allegedly misappropriating his art in an advertising campaign.

Tristan Eaton, who has worked for Nike, Versace and Barack Obama, launched a copyright-infringement lawsuit last month in Federal Court against a group of Canadian companies for using his stylized portrait of Audrey Hepburn in the promotion of an Ottawa student residence.

The case highlights the way the Copyright Act can be used to protect works of art, even if they are in public spaces.

It is believed to be the first time Canadian courts have been asked to weigh in on a copyright claim that centres around street art.

Teresa Scassa, a law professor at the University of Ottawa who studies intellectual property, said that the act generally allows for, say, tourists to take holiday snapshots without getting sued.

“The idea is that if a work is actually part of a landscape, then it’s not an infringement to take a photograph or to do a painting of that landscape,” Prof. Scassa said.

Architecture and sculptures that are permanently situated in a public space are explicitly mentioned in the act as not being copyright protected if reproduced in photos, she said. But street art, even if it is a permanent fixture on a building, is not mentioned in the law.

Mr. Eaton painted the original mural, called Audrey of Mulberry, on the side of a cafe in New York’s Little Italy in 2013. He said he painted the mural for free as part of a public art initiative organized by a local group.

Since then, he says, he’s seen the image pop up online, such as on unauthorized T-shirts, and in the real world, from New York street merchants to a shopping complex in Dubai.

“Trying to get them to stop is like playing Whac-A-Mole,” he said. “You stop one person, another person pops up.”

He said he learned about the incident in Canada when a friend drove by the new apartment building in July. The residence, Théo Ottawa, opened this fall and is mainly marketed toward students at the nearby University of Ottawa.

A cropped image of Audrey of Mulberry appeared on a banner hung on the outside of the building and in some of the development’s online and social-media posts.

After talking to the developers behind the building for weeks, Mr. Eaton and his lawyers filed a lawsuit on Oct. 30. It names seven companies that were involved in the building, including Katasa Group Inc. and Constitution Building LP.

Mr. Eaton is seeking $1.5-million in damages and other relief. He is also alleging a violation of his moral rights for not being credited as the creator of the art and for being associated with the corporate enterprise without his permission.

Lawyers from Gowling WLG who are representing Katasa and the other firms said a graphic-design agency had been hired and that firm delivered the work that allegedly violated Mr. Eaton’s copyright. The lawyers would not identify which design agency the developers were said to have hired.

“Constitution Building LP and its partners understood that the agency had obtained all necessary copyright permissions prior to the launch of the campaign,” the Gowling lawyers said in a statement. “Upon being notified of Mr. Eaton’s claims this past summer, immediate steps were taken to remove all instances of the artwork at issue from the Théo Ottawa advertising, which was completed in a matter of days.“

Lawyers for Mr. Eaton say that, although the artwork was eventually taken down, it had already been on display for months.

“Our client wants to take a stand on behalf of artists,” said Paul Bain of Dickinson Wright LLP, who is representing Mr. Eaton. “Just because something is out there, publicly, online or painted on a building, which takes a lot of time and skill, doesn’t mean it is free for anyone to exploit commercially.”

Mr. Bain said that, as far as he is aware, this is the first copyright case in Canada about street art that has involved court proceedings.

Mr. Eaton said he recommends all artists register the copyright of their works and be wary of unlicensed uses.

“For me, my art is literally all I have,” he said. “This is my way of making a living. If that depreciates or gets devalued or abused, it will hurt my ability to make a living. So I have to protect it with all my might." 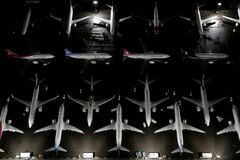 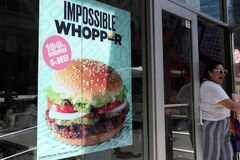