The globalization of the Canadian art market continued its fitful progress this week: A Picasso portrait sold for a record-setting $9.16-million in Toronto Wednesday, but a large painting by Emily Carr went unsold in New York.

The 1941 portrait by Pablo Picasso depicts his lover, the surrealist artist Dora Maar, and its sale marks a successful effort by Heffel Fine Art Auction House to present itself as an international business capable of marketing the biggest names in art. Last spring, Heffel had failed to sell a work by Henri Matisse valued between $3.8-million and $5.8-million, but the Picasso resurrects its ambitions and sets a new record for international art at a Canadian auction. (The previous record is believed to be held by an Alfred Munnings painting sold in 1999 for $3.2-million.)

The Picasso, entitled Femme au chapeau (Woman in a Hat), features a Cubist rendering of Maar’s face with her nose in profile, one eye looking in the opposite direction and the other positioned on her forehead. The work, which was consigned from a private collection in Europe, was expected to sell for between $8-million and $10-million; the hammer came down just below that at $7.75-million for a final price of $9.16-million, once the buyer’s premium is added.

Another highlight of the Heffel sale was Street, Alert Bay by Emily Carr, a scene with totems and Indigenous women painted in 1912 on Cormorant Island, off the east coast of Vancouver Island. Estimated to sell for between $2-million and $3-million, it reached a hammer price of $2-million for a final price of $2.4-million.

That sale suggested the best place to offer works by blue-chip Canadian artists is still Canada: Another, larger Carr couldn’t find a buyer in an auction held by Sotheby’s in New York on Tuesday.

Skedans, a 1912 view of the beach and totem poles at the village on Haida Gwaii, was estimated between US$3-million and US$5-million, and consigned by a private collector in British Columbia. It was heavily promoted in marketing materials for the online U.S. art auction and advertised as an opportunity to buy into rising interest in early 20th-century Canadian art. Sotheby’s traced that development to the Lawren Harris exhibition, co-curated by U.S. comedian, writer and art collector Steve Martin, that showed at the Art Gallery of Ontario in 2016 and toured in the United States. (Heffel’s auction also included a small Harris, Mountain Sketch LXX, consigned by Martin, which sold for a hammer price of $325,000.)

Despite the flattering international attention, it was no big surprise that the Carr failed to find a buyer at Sotheby’s: Even the low end of the estimate (which sometimes reflects the reserve price below which the buyer won’t sell) would have marked a new record for Carr. The highest price her work has ever achieved at auction was $3.39-million in 2013 when The Crazy Stair sold for that price in Toronto.

Whether there is really a building international market for classic Canadian art remains in question, but the larger mystery behind Skedans was how it got to New York in the first place. Sotheby’s offered the painting for sale without restrictions, meaning it had all the permits needed to transport the art work to New York for the auction but also to export it from Canada permanently if purchased by an international collector. The Department of Canadian Heritage confirmed that the work had not been flagged as important enough to block: An expert examiner had let it through.

Like Street, Alert Bay, the painting comes from a transitional period in Carr’s career and does not reflect the bold post-Impressionist style she developed in her later, more sought-after work. Still, it is one of her largest paintings and important to her career. It was one of the first works she ever showed at the National Gallery of Canada, where it was included in an influential 1928 show of West Coast art.

Market watchers were puzzled as to how it slipped through a system designed to give Canadian museums a chance to bid on important art by delaying its export. The system has come under scrutiny in recent years after Heffel launched a lawsuit against the federal government when a British buyer could not get an export permit for a painting by the French Impressionist Gustave Caillebotte purchased at a Toronto auction in 2016. The suit failed and the painting, Iris Bleus, Jardin du Petit Gennevilliers, now hangs at the Art Gallery of Ontario, but some observers think Skedans is a far more important work.

“How is it possible that a second-rate painting by the French artist Gustave Caillebotte, was deemed to be of ‘national importance’ and a painting by one of Canada’s most important artists not?” Canadian art dealer Donald Ellis wrote in an e-mail. “I find it all very confusing. And sad.”

Skedans might be sold outside Canada some day, but for now at least, Picasso can roam the world but Emily Carr is staying home. 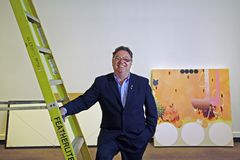 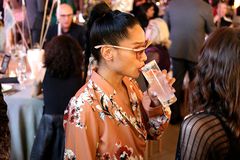 How a Canadian art mystery was discovered in Louisiana – and solved by Westworld star Louis Herthum
Subscriber content
April 12, 2019 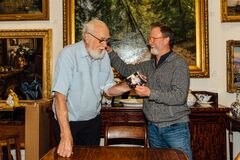