From her bedroom in Port Coquitlam, B.C., Asalah Youssef has photographed 45 people around the world, telling the stories of their pandemic isolation experiences through a series of portraits through video calls.

There was a woman isolating in the mountains next to the Cedars of God forest in Lebanon. A teacher struggling with virtual classes in Cologne, Germany. A Vancouver woman spending her days sewing masks for front-line workers. A mother from Kuala Lumpur raising her children while grappling with an anxiety disorder.

Youssef, a 17-year-old student photographer, got the idea for her project Screenshots of Home in April, nearly three months after lockdowns began around the world. She started reaching out to subjects and taking pictures a couple of weeks later, and by early May she was posting her work to Instagram.

Her subjects are mostly strangers she finds on the social network by looking through hashtags, locations and mutual followers. When she comes across a person who intrigues her, she sends a message to see whether they’d like to participate.

She first gets to know her subjects through video chat before asking for a home tour. “It’s really kind of beautiful,” Youssef says. “As we walk around I can often hear like, the birds chirping outside the window, or children playing. It’s really like being fully immersed into this environment over a screen.”

Because of the distance, creating her pieces has become more of a collaboration than usual. During the tours, Youssef and her subjects seek out good lighting and the spots that best represent their experiences in isolation. While guiding them through composition and poses, “there’s lots of funny moments where I sort of get dropped on the floor,” she says. When everything is set up just so, she takes a screen shot. The whole process usually takes around 45 minutes.

“I am communicating with my voice, but really, they have the hand on the camera,” Youssef says. “I get to artistically be collaborating with people all over the world to create pieces of art that document a time in history.”

It was that desire to capture such a significant period that sparked the idea. She noticed people sharing and posting their isolation experiences online and wanted to show the connection between everyone, knowing they were all receiving the same message to stay home.

Some stories have stood out more than others. One was a family having trouble homeschooling a child with special needs after schools closed in Durham, N.C. “Being isolated at home has been a blessing and sometimes a curse,” they told her. Another was a young woman who returned to her family in Mexico after living abroad. “There has been times of anger and sadness,” she said, “but there has also been moments of realization and gratefulness.”

Instead of focusing on just the positive, the aim was to create a gallery where people might be able to see their own struggles, and feel empathy for others.

As the world slowly reopens, she’s unsure what her next steps are for the project. She says the “pandemic opened a door” for her.

“It’s taught me that everyone’s been experiencing this in different ways. There’s that saying that we all are in the same storm but everyone’s in a different boat and I’ve seen that through this.”

Opinion
From Toronto to Vancouver, the pandemic and protests are inspiring street art
June 17, 2020 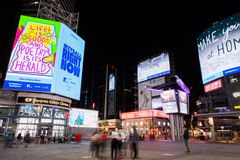 Self-portraits fill up Gallery 1313 reflecting how the coronavirus pandemic is affecting artists
May 28, 2020 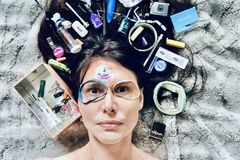 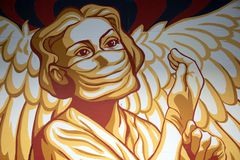