After the 17th-century Mohawk woman Kateri Tekakwitha was declared a saint by Pope John Paul II, many Mohawks travelled from Canada to Rome for the 2012 ceremony. But for Darren Bonaparte, a Mohawk scholar who has written a book about St. Kateri, the church’s elevation of the woman long revered by Catholics was based in part on willful amnesia about the Mohawk society in which she lived.

“She has been used as a porcelain icon, a symbol of Jesuit success in bringing their faith to us,” says Bonaparte, whose book A Lily Among Thorns: the Mohawk Repatriation of Kateri Tekahkwi:tha was published in 2009. A new musical-theatre project has given Bonaparte a dramatic chance to show that when the Jesuits converted her, “she wasn’t just a wild person living in the wilderness with no belief system.”

Bonaparte, who lives on the Mohawk reserve at Akwesasne, wrote the libretto for Saia’tatokenhti: Honouring Saint Kateri, a multimedia theatre work with music by Odawa composer Barbara Croall. The piece, which features a solo violinist and choral singers from Kahnawake, and two dancers, is part of a McGill Chamber Orchestra program planned for performances at the Kahnawake Catholic Church on Oct. 19 and at Montreal’s l’Église Saint-Jean Baptiste on Oct. 20.

Tekakwitha’s short life took place during a very dramatic period in Mohawk history. The smallpox epidemic of 1660 wiped out much of her village, including her immediate family, and left her disfigured and unable to see in bright light. Another village she lived in till the age of 10 was one of several burned to the ground by French troops in 1666. Bonaparte said her forced migrations between villages gave a natural form to the libretto, which roots her life story in the geography of Mohawk settlement. His text, which will be performed in Mohawk, also connects the land with Indigenous spirituality.

“The belief system of Mohawks at the time was fairly sophisticated,” he said. “They had a very intricate cosmology, and the Jesuits capitalized on that. They studied our creation myths and legends and looked for things within the culture that they could suggest were common to their faith as well.

“For instance, our original creation story talks of the Sky World. When the Jesuits translated the Lord’s Prayer into Mohawk, they chose that word to represent heaven,” he said. “We [also] already had a concept of virgin birth, that a human woman could have a union with spiritual powers.” It was not difficult, he added, to present the Virgin Mary in Mohawk terms, and to convey the idea of a nun becoming the bride of Christ. Tekakwitha became a fervent advocate of this kind of union, and took a formal vow of chastity at 19.

After she died, however, church historians erased from memory the links between her Mohawk cultural community and Christian theology. A Jesuit priest who saw her corpse even claimed that her “marked and swarthy face” had miraculously become “so beautiful and so white.”

Many outside the church and Mohawk communities know about St. Kateri through Leonard Cohen’s 1966 novel, Beautiful Losers, in which a randy scholar recounts his fascination with her story, and with her virginal unavailability. Cohen seems to have done a lot of research, sprinkling his text with references to original sources, and ending the Tekakwitha part of the book with a solemn and dramatic description of her final days.

Bonaparte said that for him, writing a libretto about the saint’s life was a continuation of his book’s goal, of “taking her back and reinvestigating her from our perspective.” He wrote his simple text in the first person, as if Tekakwitha were speaking through a modern Mohawk woman.

“A Mohawk woman tends to downplay things, to be self-effacing,” he said. “It’s not really our way to go around bragging.” Bonaparte also wanted to show that the Mohawk people’s encounter with Catholicism “didn’t cause us to empty our cultural pouch on the ground.” His libretto is laced with references to Mohawk spirituality, and ends: “This is not the last village I will know. A greater one awaits me still, and the Great Bear knows the way.”

Some Jesuits in New France practiced self-mortification, which was avidly taken up by Mohawk converts such as Tekakwitha. She whipped and burned herself, and fasted to dangerous extremes. She was a skilled weaver and craftworker, and applied these talents to a final form of self-torment. According to a priest’s account, “the girl had sewn thousands of thorns into her blanket and mat,” which drew blood all over her body, and contributed to her death in 1680 at the age of 24.

Bonaparte said that these kinds of self-harm may have resonated strongly with converts because of the Mohawk practice of torturing warriors captured from hostile Indigenous nations. The idea was not just to cause pain, but to test the captive’s bravery and fortitude. The Mohawks saw Jesus’s torment and crucifixion by the Romans in the same light, Bonaparte said. Tekakwitha and others may have embraced the Jesuits’ self-mortifications as a novel twist on a familiar practice.

Bonaparte, whose father attended one of “the worst” residential schools, still identifies as a Catholic. So do his mother and many other Mohawks, although some have rejected the church and returned to traditional beliefs – which Bonaparte studies and tries to perpetuate.

Unfortunately, “a lot of people in Kahnawake probably won’t go near this concert,” he said. “For them, St. Kateri’s just a statue in a church. They don’t see anything of themselves in her story. I hope some of them give it a chance.”

He sees a solemn significance in the fact that the new work will be performed in front of her tomb, in a building seen as her shrine. “If she doesn’t like it, the church might collapse.” 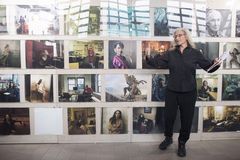 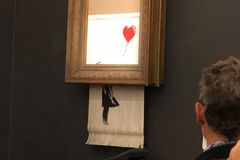 Swiss entrepreneur Heidi Weber says she won’t give up on legal battle to restore her name on iconic museum
October 15, 2018 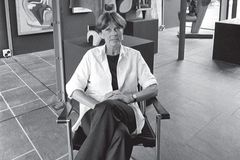