In the front lobby of the National Gallery of Canada on a long-awaited reopening day, director Sasha Suda greets a cleaner by name. A year before the pandemic, Suda descended on Ottawa with a mandate to change a struggling institution, and at first glance the symbolism of this particular encounter seems irresistible. Here is the white woman with a PhD in art history who runs the gallery chatting collegially with the Black woman in a headscarf who cleans it: Diversity and democracy seem to have arrived.

Or the scenario could be seen in another light, one that highlights a familiar old power imbalance: Suda herself points out it’s going to take a lot more than friendly chats – or even a bold strategic plan and a sparkling new logo – to defeat professional and cultural hierarchies.

“The hardest thing for any leader today is to have a human-centered management style in a 140-year-old institution that leans hard into …. that top-down approach,” Suda said in a recent interview, adding “It’s easy for me to say I want to empower everyone. How to redesign the system so that everything gets done and everybody feels empowered is another conversation.”

Suda, a Canadian who trained in New York before returning to Toronto in 2011 as the Art Gallery of Ontario’s European curator, had never served as a museum director when she was hired to oversee the national art collection. But at the AGO she was known as a highly collegial professional committed to new ideas, someone who could successfully bring about change. The final year of her predecessor, Marc Mayer, had been marred by his controversial decision to sell a painting by Marc Chagall, a complex curatorial move that outraged the citizenry and left the gallery looking remote. The Ottawa Citizen reported that a staff survey around that time showed only 16 per cent of employees felt senior managers made effective decisions.

It was a crisis of public relations and morale that now feels minor compared to the challenges COVID-19 has forced on all museums. Revenues have collapsed during prolonged closures that have eroded public participation.

“I didn’t want to believe it was happening,” Suda said of the repeated lockdowns, which closed the gallery for all but six of the last 16 months. She insisted a federally funded institution – at least 75 per cent of the budget is covered by the parliamentary grant – would not lay off any permanent employees, and kept up an aggressive timetable for a strategic plan and new branding. The major adjustment brought on by COVID-19 – and the Black Lives Matter movement – was that change was now being pushed from outside.

“Questions of equity and leadership and squeezing of staff to do more and more with the same amount of resources … those are all things we grappled with,” she said. “I don’t think we’ve solved it. It’s going to take time to change our rhythms and our patterns.”

Demands to democratize and decolonize are swamping less responsive institutions. As Ottawa prepared for reopening this spring, protesters were picketing the Museum of Modern Art in New York, complaining it only catered to its wealthy donors, while the director of the Royal B.C. Museum in Victoria resigned following accusations of institutional racism.

With refreshing frankness, Suda is confronting the moment head on. She had already swept into her new job as a clean broom, overseeing several management departures, including deputy director Anne Eschapasse. Meanwhile, her attempt to rein in an independent photo institute established inside the gallery by collector David Thomson (whose family investment company owns The Globe and Mail) led to its closure in 2020. She has also been making strategic hires including two new vice-presidents, the Black museum executive Angela Cassie (who had worked at Winnipeg’s Museum of Human Rights) to take responsibility for diversity and inclusion, and Tania Lafrenière to oversee a more people-centered approach to HR.

That’s behind the scenes. Up front, two Black artists now have special commissions displayed in the gallery’s most prominent lobbies. In the main entrance, U.S. artist Rashid Johnson has installed one of his semi-biographical sculptures where living plants, books and chunks of shea butter are mounted in a soaring metal armature. And Tau Lewis, a Jamaican-Canadian who lives in Brooklyn, has contributed Symphony, a gigantic rag doll sculpture of reclaimed fabric and floral garlands dangling from the gallery’s rotunda.

On the exterior, along the arcade once reserved for banners advertising big exhibitions, the gallery has installed photographs by Quebecker Geneviève Cadieux, a senior female artist whom it largely ignored during her mid-career years. Launching the Leading with Women series, the giant work, featuring a couple captured in some drama of romantic alienation, compensates for the surprising decision to ask Johnson, a prominent American artist whose work speaks specifically to African-American experience, to create the first piece viewers encounter inside the Canadian institution.

The main focus of Suda’s outreach, however, is not toward Black or female artists, but Indigenous communities. The gallery’s new slogan is the Anishinaabemowin word ankosé, meaning “everything is connected,” while the digital logo is a shifting pattern of crosses and starbursts. Although it represents the new Indigenous-centered philosophy, there have been complaints from Canadian graphic designers because the studio that created it is based in New York, as Suda, who has also been criticized for her less-than-fluent French, sometimes struggles to parse Ottawa politics.

Meanwhile, the strategic plan has raised eyebrows because its first purpose – “We nurture interconnection across time and place” – doesn’t mention visual art. Deeper down, it articulates a social justice mission with the visual arts building bridges and opening minds. Like most documents of its kind, it’s high-minded but abstract, promising both inclusivity and bold change with Indigenous knowledge at the core but offering few examples.

“The National Gallery is a national symbol and the idea of reconciliation is of paramount importance: I think the direction is right,” said Diana Nemiroff, retired director of the Carleton University Art Gallery and a former National Gallery curator who has written a forthcoming book about its female leadership. “In principle this is all good. We have to see how it plays out in practice.”

The practice right now is the current Rembrandt in Amsterdam exhibition where the gallery’s traditional summer blockbuster of European masterworks gets a facelift with contemporary works that speak to Black and Indigenous themes as well as information about Dutch colonialism and 17th-century trade with the Haudenosaunee Confederacy.

Suda, not afraid of criticizing past practices, points out that a 2019 Paul Gauguin show didn’t say enough about that artist’s exploitation of Tahitian culture. But Rembrandt, while his career blossomed with Dutch colonial wealth, was not himself a colonist. So what is the viewer to make of the attenuated link between Rembrandt and Turtle Island?

“The perspectives … come from a place of trust,” Suda says of curators’ willingness to broaden the agenda. “Trust that the Rembrandt narrative will not be diminished; trust that the Indigenous narrative won’t be window dressing, that the African perspective won’t be some kind of virtue signalling. The fact that we’re willing to get behind it … feels very courageous for an institution of this size and position.”

It is going to require both courage and trust – from the gallery and from its visitors – as change sweeps through the nation’s art collection.

Rembrandt in Amsterdam exhibit at the National Gallery of Canada layers colonization and slavery over artistic achievement
Subscriber content
July 22, 2021 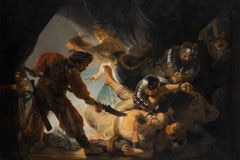 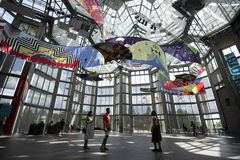 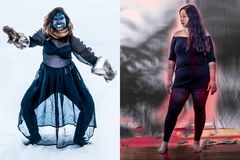