Joe Fafard, the acclaimed Canadian sculptor and painter who made art inspired by the Prairie landscape, its people and animals – most famously its cows – died on Saturday. He was 76.

“I cannot say rest in peace because rest was not in your nature. Go forth and show them how it is done in the afterlife,” his daughter Gina Fafard wrote on Facebook. “Our hearts will forever go with you.” She is co-owner of Regina’s Slate Fine Art Gallery, which sells her father’s work.

Fafard is considered one of Canada’s leading visual artists, bringing his technical facility and unique, often whimsical, approach to his work. His sculptures were the kind that could be instantly recognizable, whether their subjects were livestock, wildlife – or people. They included his neighbours and family, famous politicians, such as Pierre Trudeau and John Diefenbaker, and artists including Vincent van Gogh and Pablo Picasso.

Among his best-known works are the public installations Running Horses outside the National Gallery of Canada in Ottawa (a modified all-weather version replaced the original in 2017) and The Pasture – seven life-sized bronze cows on the plaza of the Toronto-Dominion Centre in downtown Toronto.

“I always used [cows] as a kind of plastic material that could speak of ideas, that I could explore aspects in art through this image that is the cow," Fafard told The Globe and Mail in 2008, as a retrospective of his work organized by the MacKenzie Art Gallery in Regina and the NGC opened at the McMichael Canadian Art Collection in Kleinburg, Ont. "For instance, a musician that has a violin. He constantly uses the violin and brings the sounds out from it. Well, maybe the cow is a bit like an instrument to bring out certain things.”

“His work is iconic,” said Anthony Kiendl, executive director and chief executive of the MacKenzie Art Gallery in Regina, where that Fafard retrospective remains the most highly attended show in the gallery’s history. “When travelling elsewhere, if you mention Saskatchewan, Joe Fafard is always the first artist people mention. He’s the one that everyone has heard of.”

He originally worked in clay but shifted to bronze as his chief sculptural medium in 1985. At the time, there was no appropriate foundry nearby, so he bought some land and started his own foundry in Pense, Sask., west of Regina. He lived for years north of there, in Lumsden, Sask., in the Qu’appelle Valley.

Fafard had been instrumental in raising the profile of both Saskatchewan and Canada on an international scale, with solo shows and work in group exhibitions across the country and internationally.

“He did for Western Canada, specifically Saskatchewan and Manitoba, what people like Jack Chambers and Greg Curnoe did in Southern Ontario,” says Andrew Kear, chief curator and curator of Canadian Art at the Winnipeg Art Gallery, which has a sizable collection of Fafard’s work. “His significance was in making art, making work that stated: The stuff around here, our own lives, our own ways of living, this landscape that we find ourselves in, is just as worthy of attention as whatever the heck is happening in New York, whatever the heck is happening in Paris.”

Fafard enjoyed providing Canadians with “a sense of the country, a sense of what we have here in terms of the beautiful creatures,” he said in a 2013 interview with The Globe, ahead of a tour with his son, musician Joël Fafard.

Among his many honours are the Order of Canada, the Royal Architectural Institute of Canada Award, the Saskatchewan Order of Merit, the Lieutenant-Governor’s Saskatchewan Centennial Medal for the Arts, the Saskatchewan Arts Board Lifetime Achievement Award and several honorary doctorates, including one from the University of Saskatchewan in 2012. That year, Canada Post featured three of Fafard’s artworks on its “Art Canada” series of postage stamps.

“I think what was so amazing were the portraits,” the McMichael’s chief curator (and former Globe art critic) Sarah Milroy said. “Whether they were of political leaders or someone from his local community, they all seemed the same. Just folks. I think he showed us all how to not get too big for our britches. Joe had a distinctly Canadian, unpretentious way of seeing the world. That’s what I will remember him for.”

At the MacKenzie, Fafard’s bronze cows are on the lawn outside and “really the calling card for the gallery,” according to Kiendl. The current exhibition Superscreen: The Making of an Artist-Run Counterculture and the Grand Western Canadian Screen Shop, features several works by Fafard. When he did not make it to the opening earlier this month, Kiendl understood the severity of Fafard’s health issues, given the artist’s commitment to the gallery.

“He stayed in Saskatchewan and he had a successful international career from here, setting an example and an inspiration to subsequent generations of artists,” Kiendl said. “He cared about what other artists were doing. He would come to the gallery and see the shows of younger artists. He was a mentor and a leader in the art community. And at this point, I don’t think there’s any way that he’ll be replaced. He was one of a kind. He’ll be deeply missed.”

Editor’s note: An earlier version of this story misspelled Kiendl.

Clark Davey, 90, nurtured investigative journalism at The Globe and Mail 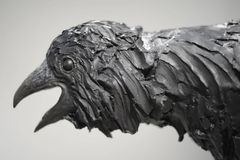 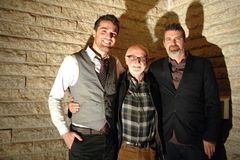