Kate Taylor
Published May 28, 2021 Updated May 28, 2021
For Subscribers
Comments
Text Size
Please log in to listen to this story. Also available in French and Mandarin. Log In Create Free Account

Ontario’s happy golfers can now schedule a second weekend of play and look forward to a whole summer on the greens after courses reopened May 22. Planning a trip to a public art gallery or museum, on the other hand, remains a guessing game. There is no evidence that anyone is spreading COVID through museum visits, but museums are listed in Ontario’s third tier of reopening, a date set as July 26 at the earliest, which might get delayed if cases rise again.

The province’s categories of activities and definitions of essential services have driven many sectors and citizens batty. Why Walmart but not the Bay? Why Costco but not a local boutique? And can someone please tell me what is it that Amazon is shipping that is so necessary to the maintenance of human life? Golfers were outraged at the failure of Doug Ford’s government to see that their uncrowded outdoor activity was perfectly safe and, through Golf Ontario, lobbied successfully to get their re-opening pushed forward.

On the other hand, museum visitors are a looser demographic to organize and there has been no loud social-media outcry to get back to dinosaurs and oil paintings. Meanwhile, administrators at publicly-funded museums know better than to criticize government decisions. While cultural workers in France actually staged an occupation of Paris’s Odéon Theatre back in March to demand the reopening of theatres and museums, the arts lobby in Canada has tried behind-the-scenes suasion and public deference in the face of painfully prolonged closings.

If you want to observe the illogical discrepancies on the cultural scene, take a look at Ottawa. On June 2, the Canadian Museum of History in Gatineau, Que., will reopen to the public. It has been closed since April 1, when Gatineau became a Quebec hotspot. Ottawans might love to see its new exhibition, Queens of Egypt, featuring ancient statues, sarcophagi and jewellery, but nobody seems to know whether police will still be stopping non-essential travellers at the Quebec-Ontario boundary in June. In their home province, one measly kilometre back across the Ottawa River, art lovers might be excited about the new Rembrandt in Amsterdam show at the National Gallery of Canada – except that institution is still closed, keeping its fingers crossed for a reopening in two months’ time.

Gatineau may feel luckier than Ottawa right now, but deeper into Quebec, Montreal museums and galleries have been open since February. Life seems almost normal at the Montreal Museum of Fine Arts where a major exhibition devoted to Jean-Paul Riopelle has been available to the public for four months. Yes, Montreal has done a better job than the Toronto area in controlling the third wave, but it’s hard not to conclude that Quebec’s traditional support for culture is also at play here. Quebec seems faster to recognize that museums are necessary spaces that can provide crucial respite in difficult times.

They are also safe spaces. The MMFA can report that it has had no outbreaks amongst staff, nor cases traced to its visitors during the periods when it has been open, as can the Royal Ontario Museum and Art Gallery of Ontario in Toronto, both of which were open last summer and fall. Canatrace screening, a free system used by about 7,000 businesses including the National Gallery, the Vancouver Art Gallery and many smaller museums, has not had a single report traced back to a cultural attraction.

Visitors should feel secure, but one big question for all the shuttered institutions is how soon people will reclaim the museum habit. During Toronto’s museum building boom of the early 2000s, there was debate about the impact of closings on long-term visitation. The ROM was determined to avoid closing during the construction of the Crystal because of painful memories of a 20-month closing in the early 1980s from which attendance figures took several years to recover. The AGO, on the other hand, took a risk and closed for 13 months during the Frank Gehry renovation that opened in 2008, and emerged unscathed. If the AGO opens July 26, it will narrowly miss the 2007-2008 mark with a shutdown that will have lasted 11 1/2 months over a period of 16 months.

During this period, a touring show about New York’s Studio 54 was installed and scheduled to open Dec. 26, 2020, but the crates are due in Germany this summer: In other words, closings have dragged on so long an exhibition has opened and closed at the AGO without the public ever seeing it. Meanwhile, Rembrandt at the National Gallery and a show about great whales of the North Atlantic at the ROM are ready to go and waiting ... and waiting.

Culture? No, what Ontario really values is golf.

Donor gives $3-million for upkeep of Canada Pavilion at the Venice Biennale
May 21, 2021 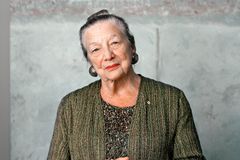 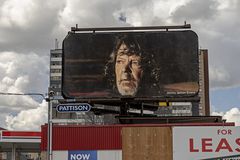