Overcrowded backrooms and inadequate fire safety are just a couple of the problems that museums across the country are facing because of ballooning collections, a new survey of conservation professionals suggests.

The survey was conducted by the Canadian Association for Conservation of Cultural Property and the Canadian Association of Professional Conservators, who spoke to 389 cultural institutions from across the country between May 23 and July 31, 2018. Most of the institutions described themselves as museums or archives, but libraries, historic sites and art galleries were also included in the group.

Half of respondents said their collections had doubled or more than doubled in the past 20 years. And, they said, museum infrastructure was not keeping pace. About half reported overcrowding in storage areas and objects at risk of physical damage because they were not stored properly. More than a third said there was no automatic fire-suppression system in their facilities and one-in-five said there was no security system.

Cindy Colford, the manager of collections and conservation at the Manitoba Museum in Winnipeg, said the results speak to concern in her field that demands have increased over the years, while the available money to fund them has stayed constant.

“Museums are an important part of the fabric of a community. They hold the stories of every community,” she said. But “museums have been asked to do more for many years."

Ms. Colford said issues such as fire safety relate to aging buildings, where the organizations may not have the money to renovate and modernize their facilities.

She said the Manitoba Museum, for instance, is upgrading its heating and ventilation systems – updates that are long overdue. But it can’t do anything about other dangers, such as basement collections that could be at risk of water damage because the building is on a flood plain.

According to the survey, smaller institutions tended to have problems associated with aging infrastructure, while larger facilities were more likely to report overcrowding in the backrooms.

The survey also indicated that the largest institutions committed a smaller share of their budgets to collections care.

Museums and archives get much of their money from various levels of government.

The House of Commons heritage committee released a report into the state of Canada’s museums last year. One of its 15 recommendations included a call for more federal money to help institutions modernize their storage and cataloguing. Other recommendations included streamlining the application process for grants and finding ways for the government to make it easier for museums to pool resources and physical spaces.

In reply, Heritage Minister Pablo Rodriguez said the Liberal government would take the submissions under advisement, but it wanted to modernize the federal museum policy before committing to new spending. 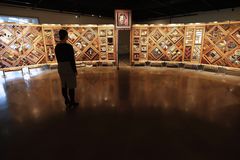 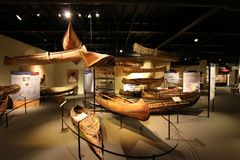