Stéphane Aquin loves art, no doubt about that. The newly appointed director of the Montreal Museum of Fine Arts has spent his career curating dozens of shows in Canada and the United States, writing dozens of reviews for the Montreal press and generally exuding enthusiasm about contemporary art and the people who make it. But does he also love fundraising, strategic planning and budgeting? That may be the more pertinent question as the MMFA tries to wipe the slate clean after the controversial departure of director Nathalie Bondil in July.

Bondil was not merely the museum’s general director, she was also its chief curator, holding on to that job when she was appointed to the top post in 2007. And therein lay many of the problems that eventually led to her abrupt dismissal this summer. Bondil modelled herself as something of an international impresario, negotiating the loans that could create blockbuster exhibitions, carefully stage-managing their appearance in Montreal and then sending them out to museums across North America and Europe. It was glamorous work, it was popular work, but it also involved micromanaging the MMFA curatorial department to a point that produced much resentment while shouldering a workload that led to disorganization and last-minute panics.

What the MMFA needs now is a director who will just direct, not curate.

“You have to have a separation of the director and the chief curator; that’s always a problem,” said Calgary art dealer Yves Trépanier reacting to the appointment this week. But not a problem for Aquin, he figures. “He’s a very bright guy. … He’s got the chops.”

Crucially, the MMFA is only appointing Aquin director; the chief curator role remains vacant. Or rather, Mary-Dailey Desmarais, whose appointment as “director of curatorial” Bondil had opposed in a dispute that ultimately led to her dismissal, will manage the curatorial team. Whether that newly created position morphs into a true chief-curator role remains to be seen. What difference do the job titles make? It’s more than semantics because the managerial and curatorial models of leadership reflect different approaches to the museum as an institution: whether you run it like a theatre company with a single artistic vision to lead it – that was Bondil’s idea – or more like a university, where administrators are supposed to facilitate the work of independent scholars.

As institutions of education and entertainment, one thing museums share with universities (and newspapers for that matter) is that they are intellectual factories in which it can be a lot more fun to be a worker than a boss. The curator who becomes an art-museum director leaves behind the richly rewarding task of making their thoughts about art come to life in public exhibitions. Instead they have to manage the whole supporting apparatus of staffing, budgeting and marketing. Why would anyone do it? Because they are ambitious, for themselves in many cases, but for the institution most of all – if you have hired the right person.

Aquin has lots of credentials that suggest he is the right person. He knows the city and its largest art museum well, having studied art history at the University of Montreal and worked at the MMFA twice before. He was there briefly in the early 1990s and then served as contemporary art curator from 1998 to 2015, curating shows devoted to the work of Peter Doig, Andy Warhol and Jean-Paul Riopelle, to name but a few. In the interim, he worked as a critic, and it was especially his reviews for the entertainment weekly Voir that revealed his commitment to the Montreal scene and its artists.

He also knows Europe and the U.S., and his experience in his current position as chief curator at the Hirshhorn Museum and Sculpture Garden in Washington, D.C., should prove very useful to the MMFA – but not just for the U.S. contacts he brings with him. The Hirshhorn is part of the Smithsonian Institution and the museum complex on Washington’s National Mall, so positioned as America’s national gallery of modern and contemporary art. It would be a prime spot to observe how the intersection of art, power and contemporary politics is challenging North American museums to rapidly reinvent themselves, decolonialize their collections and expand their audiences. Aquin should bring some crucial political smarts to how that work is done at the MMFA.

The one credential he doesn’t have is previous experience as a museum director; he has served only as chief curator at the Hirshhorn. So, the inside advice to him as he moves back to Montreal is to remember the limits of his new job; there’s no better time to be keeping two metres distant from all his curators. 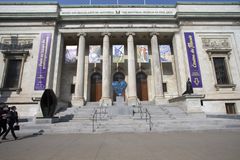 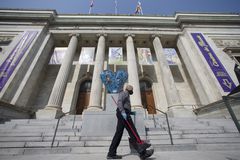 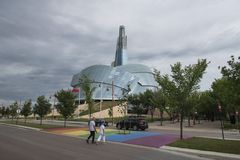