In an upper corner of the newly expanded Museum of Modern Art, there is a gallery devoted to Paris in the 1920s. It displays such famous paintings as Pablo Picasso’s Three Musicians and Fernand Léger’s Three Women, but also includes a black lacquer screen by the Irish designer Eileen Gray, still-life photographs by Florence Henri and Germaine Krull, and an abstracted landscape with a yellow crescent moon painted by the Brazilian artist Tarsila do Amaral.

MOMA acquired The Moon last year after selling another Léger to buy art by less celebrated figures; the pioneering Brazilian modernist moved in the same circles as Picasso, but she is largely ignored by European art history. So, this is a broad view of one modernist metropolis in the 1920s, but it’s not intended as definitive. Come spring, this arrangement will already have been swapped for one devoted to art made in Germany during the same period.

Cross-disciplinary, noncanonical, open to female artists, global in reach and, most of all, continually evolving – that is the story of modern art that the new MOMA wants to tell. It already has a magnificent collection, much of it hidden in the vaults, and now it has an elegantly expanded building in which to display a lot more, as well as a bold plan to change a third of its permanent collection galleries every six months.

All that remains is the job of pleasing three million visitors every year – some of them native New Yorkers who will be looking for old friends in familiar locations, many more of them tourists checking icons off a list. If people are invigorated rather than irritated by the change, it will be testament to a successful marriage of art and architecture, and a thoughtful rehang of the entire collection.

The immediate impression of the new MOMA is one of transparency and seamlessness – no small feat on the part of architecture firms Diller Scofidio + Renfro and Gensler, considering the piecemeal way the 53rd Street site was enlarged.

To some outrage, the expansion started in 2014 by demolishing the Museum of American Folk Art, the narrow building to its west that MOMA had acquired in 2011. That’s the space where the architects have created a glass stack linking the existing building to three extra floors of gallery space, which are tucked into a condo tower next door but have no ground-floor presence. (The residential tower was built on a site MOMA sold to a developer in 2007, and had controversies of its own.)

Using natural light, occasional street views, and double height ceilings to create overlooks from one floor to another, the architects lead visitors through an integrated experience that adds 30 per cent more gallery space, allowing curators to push the number of works on display to 2,500 from 1,500. Compare this to the illogical spaces or awkward junctions created by Toronto’s decade-old expansions at the Art Gallery of Ontario and the Royal Ontario Museum, and you realize that the MOMA architects have done their work so that the visitor doesn’t have to.

Art lovers moving effortlessly from the old wings to the new can still follow the traditional chronological circuit, starting with the Impressionists and Post-Impressionists on the fifth floor and moving downward toward contemporary art, but even this broad story line gets interrupted.

The fifth-floor room where Picasso’s Les Demoiselles d’Avignon announces the opening chapter in the 20th-century’s reinvention of art also includes two later works. There’s a gentler encounter with human form in the shape of a wooden sculpture by Louise Bourgeois from the 1940s, and Faith Ringgold’s frantic vision of the 1960s U.S. race riots, a composition inspired by Picasso’s Guernica. MOMA, by the way, can boast it has five times more works by women on display than it did 20 years ago.

More refreshing still are the many breaks in traditional divisions by medium: Photography and design are now dotted throughout, sometimes providing the main theme for a gallery, sometimes complementing painting or sculpture. The Picturing America gallery, for example, adds Edward Hopper’s carefully composed oil paintings of a gas station and a cinema lobby to a display of photography that includes everything from Dorothea Lange’s familiar Migrant Mother to the 1940s photo booth self-portraits of an anonymous woman.

One of the more impressive pieces of cross-disciplinary sleight of hand is the integration of film into the galleries, welcoming home a medium traditionally banished to the museum’s cinematheque, not because it isn’t central to modernism but because it’s time-based and potentially noisy.

Now, right next door to Les Demoiselles, a gallery of early photography and film includes two short, silent examples mounted into the very walls: a 1905 view of the then brand-new New York subway, and the cakewalk sequence from The Lime Kiln Club Field Day, an unfinished work from 1914 that was the first feature film with an all-black cast.

Elsewhere, short films or clips of longer ones are judiciously located so that soundtracks don’t bleed into adjacent galleries. The visitor can glimpse Jacques Tati’s Playtime through a modernist glass window saved from the renovation of the United Nations building or step into a small screening room dedicated to the films of Andy Warhol.

Multidisciplinary displays aren’t new, and the Musée d’Orsay in Paris tossed aside the modernist canon in 1986 when it began showing 19th-century academic painters alongside the Impressionists. Today, most art museums filled with historic collections of white, male art are striving to become more diverse, while Canadian museums are breaking down old distinctions between Indigenous and Western art.

MOMA is only moving with the times, but what is radical, and sure to prove influential in the international museum community, is how far the institution is willing to push its experiments.

Glenn Lowry, the director who oversaw this expansion, the previous one in 2004 (and one in 1993 at the Art Gallery of Ontario when he was director there), is quick to reassure doubters that favourites such as Claude Monet’s Water Lilies (in its own specially designed room) or Vincent Van Gogh’s Starry Night will always remain on display.

What is actually harder to believe is that MOMA will want to keep dismantling its smartly curated new displays every few months – and will always find the energy to replace them with something of the same provocative standard. But, in the meantime, here’s a promise: If you aren’t satisfied with the new MOMA, come back next year and you will find a different museum.

The Museum of Modern Art in New York reopens to the public Oct. 21 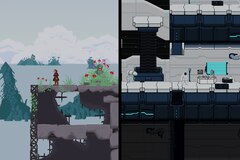 At the AGO’s new exhibition of Peter Paul Rubens’ early work, horror and titillation sit side by side Subscriber content
October 17, 2019 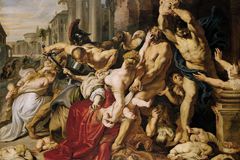 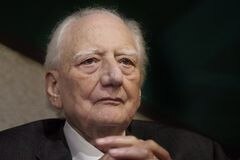