Tour Bois-le-Prêtre, a high-rise social housing tower on the outskirts of Paris, is now one of the world’s most prestigious buildings. This week it helped earn the high-profile Pritzker Architecture Prize for the firm Lacaton & Vassal.

But Lacaton & Vassal did not, as you would expect, design the thing. Starting in 2011 they renovated the 50-year-old slab, extending it outward on four sides to create winter gardens and balconies for each suite. The new facades have a syncopated charm; the 100 social-housing apartments within are bigger and more comfortable.

This architecture is inventive, economical and environmentally responsible. It’s not the kind of thing that usually wins the Pritzker and its US$100,000. But it has important lessons on how we should take care of our cities, particularly Canada’s stockpile of postwar apartment towers.

The studio is led by a couple of teacher-practitioners, Anne Lacaton and Jean-Philippe Vassal. They met as architecture students in Bordeaux in the 1970s. Mr. Vassal went on to work as a planner in Niger, and the couple’s experience in that West African country taught them to pay attention to local climate and be economical after they launched their studio in 1987. “To spend less and better: This is a key point for us,” Ms. Lacaton said in a lecture a few years ago. Their mantra is “never demolish.”

By contrast, the Pritzker has valorized flashy and expensive buildings. It helped to define the phenomenon of the “starchitect,” a media-savvy, singular genius who commands big budgets for flashy buildings. (Frank Gehry won in 1989.) This has begun to shift in the past decade; since 2015, the prize has repeatedly gone to architects who build with a strong social conscience.

Lacaton & Vassal’s award takes that trend a step further. Architects usually pride themselves on ground-up buildings and a specific language of forms, materials and details. L&V are best known for renovations, including Bois-le-Prêtre and a similar project for 530 units in Bordeaux. (The firm has never built in Canada, though in 2014 they entered a competition for the renovation of Montreal’s Insectarium.)

This sort of thing is unglamorous and technical. But it is important. The postwar construction boom, in Europe as in Canada, created most of the buildings that we now have. We cannot simply tear them all down and rebuild them, squandering all the energy – and history – that’s baked into them.

So how can they be updated? In Canada, this problem faces social housing agencies and private landlords across the country, and particularly in Ontario. Architect Graeme Stewart, of the Toronto firm ERA, has made a career from this sort of tower renewal project. Lacaton & Vassal “have set a profound example for us,” he said. Their successful projects provide a counterpoint to the “teardown and rebuild culture” that is common in North America.

Real-estate developers will often say that it doesn’t make sense to renovate older towers. This, Mr. Stewart said, is false. “In our work, it is always cheaper to do deep retrofits” – gut renovations and reconstructions – “than it is to tear down and rebuild.”

In Hamilton, ERA’s Ya’el Santopinto and Mr. Stewart recently completed rebuilding the Ken Soble Tower, a 1967 apartment building that belongs to the city’s housing agency. The tower was gut renovated and insulated to the Passive House standard. Its concrete structure, which is energy intensive to construct, remains. And the budget, Stewart said, was about 70 per cent what it would have cost to tear down and reconstruct the tower.

Those tower projects have a political valence as well. It is common in Britain and the U.S. to vilify modern architecture, social housing above all; conservatives see no cultural value in the work of the postwar welfare state. In Canada we have adopted some of that attitude. In 2005, Toronto politicians voted to tear down three significant modern towers in the Regent Park public-housing project. The city’s equally significant Alexandra Park housing is now going, too. Our collective ideas of history and heritage tend to exclude this sort of place.

Here too, the Pritzker winners have something to teach us: These places are home to people, and can be looked after rather than demolished. “We never see the existing as a problem,” Ms. Lacaton said in a statement. “We look with positive eyes because there is an opportunity of doing more with what we already have.” That attitude deserves to be honoured. 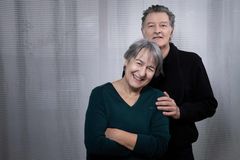 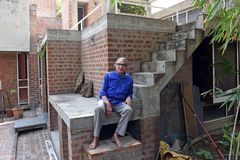 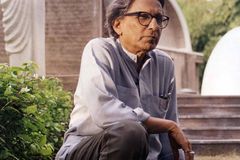